Located in the Artiglierie, a central location in the Arsenale, Paradise Camp comprises twelve tableau photographs featuring a cast of Sāmoan Fa'afafine, repurposing and upcycling paintings by the late post-impressionist French artist Paul Gauguin that are believed to have been inspired by Sāmoa. 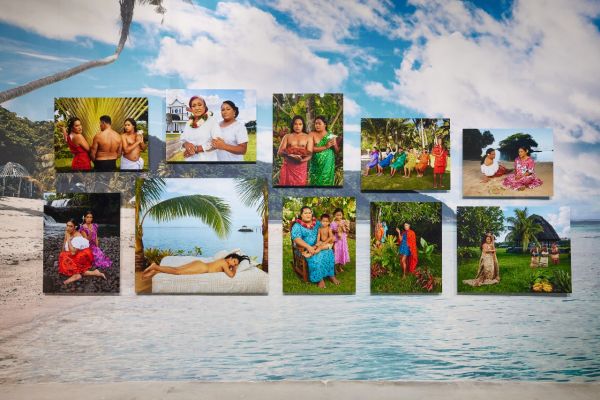 Yuki describes Paradise Camp as an exhibition that imagines a “fa’afafine utopia - one that shatters colonial heteronormativity and makes way for an Indigenous world-view that is more inclusive to the changes of nature.”

This landmark exhibition is the result of a close collaboration between curator and artist and is Natalie King’s second curatorial engagement at the Venice Biennale. In 2017, King curated Tracey Moffatt’s exhibition My Horizon, which was the first ever solo-presentation by an Aboriginal artist at the Australian Pavilion. 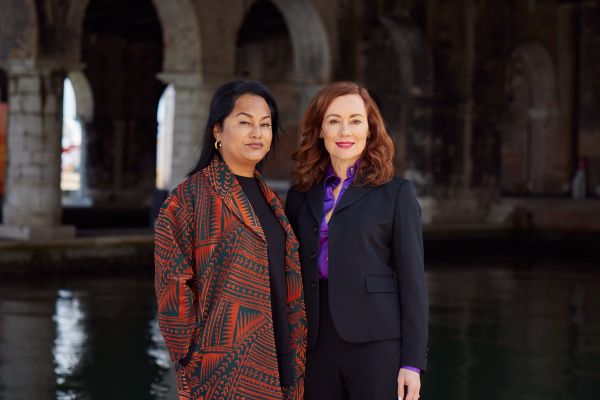 Natalie King described the process of curating Paradise Camp as an “epic three-years of planning, zooming and calendar shifts.”

“La Biennale was originally deferred by one year and managing the perils of presenting at the Venice Biennale in the context of COVID was no easy task. At one point, we weren't sure that we could proceed, but sheer determination, endless stamina, and a collective vision, helped us see a way forward.”

For King, Yuki’s work is “layered and profound, as she explores intersectionality, decolonisation and environmental crisis from a distinctly Pasifika perspective, which audiences have gravitated towards.” 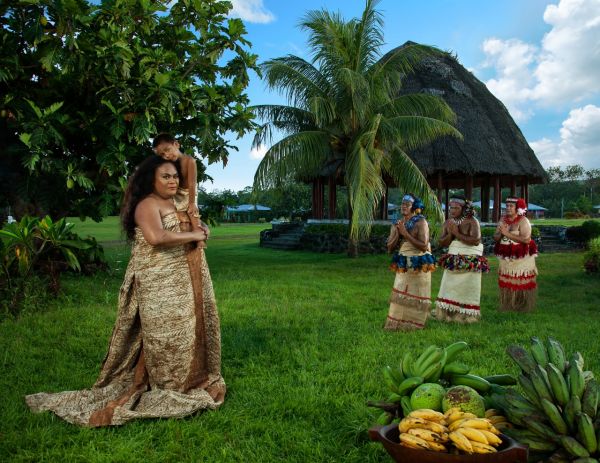 “I’d always known that Yuki’s work was pertinent, irreverent and timely, but hadn’t anticipated the avalanche of media coverage that would come as a result of Paradise Camp’s showing at the Biennale.”

Described by The Art Newspaper as one of the ‘must-see’ pavilions in the Arsenale, Paradise Camp has received world-wide attention from the likes of Financial Times (London), CNN, The Guardian, ABC Radio National and more, due to its powerful exploration of themes around climate change, small island ecologies, decolonisation, and queer rights.

The exhibition’s success has also drawn some important visitors, said King: “Frances Morris, Director of Tate Modern came to visit, and actress Tilda Swinton, who hugged Yuki as she was so moved by her dazzling exhibition. Although Yuki says her primary audience is the fa'afafine community, I am relieved that we have had such an affirmative reception and visitation of up to 4,000 people per day.”

“After the struggles of the past two years, I am looking forward to returning home and sharing stories of success with the Faculty. If I can curate a show for the Venice Biennale from Melbourne, during a pandemic, then anything is possible.” 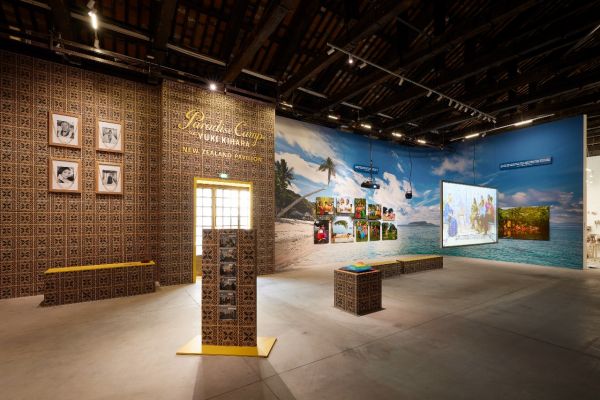 The exhibition is currently open to the public at the 59th International Art Exhibition – La Biennale di Venezia and will close on 27 November 2022.

Audiences in Australia will also get a chance to see Paradise Camp when it tours to Sydney's Powerhouse Museum in 2023.

A companion publication to the exhibition has been published by Thames and Hudson and edited by Natalie King. Get your copy today.

Natalie King is a leading Australian curator, writer and senior researcher engaged with artists and institutions across the Asia-Pacific region.

Currently Enterprise Professor at the University of Melbourne, Natalie has extensive curatorial experience in contemporary art across Australia, Asia-Pacific and Europe. She was the curator of Tracey Moffatt’s acclaimed exhibition for the Australian pavilion at the Biennale Arte 2017.

King is President of AICA-Australia (International Association of Art Critics, Paris); a member of CIMAM (International Committee for Museums and Collections of Modern Art) and Metro Tunnel Arts Advisory Panel; and a mentor for Mentor Walks. In 2021, she was awarded a University of Melbourne Excellence Award: The Patricia Grimshaw Award for Mentor Excellence.

A native of Sāmoa, Yuki Kihara is an interdisciplinary artist of Japanese and Sāmoan descent.

Kihara’s work seeks to challenge dominant and singular historical narratives through visual arts, dance, and curatorial practice, engaging with postcolonial history and representation in the Pacific and how they intersect with race, gender, spirituality and sexual politics. She lives and works in Sāmoa, where she has been based over the last 10 years.

Kihara is the first Pacific artist to be presented in the New Zealand pavilion at the biennale. Yuki has built a reputation for work that is critical, dynamic and engaging. Her appointment marks the urgency for Pacific Indigenous perspectives in global dialogues, highlights New Zealand’s historical and ongoing social, political and cultural engagement with the Pacific, and continues to build New Zealand’s reputation as an innovative country with a diverse range of arts practice.