Flipping the script at the Venice Biennale

Recently returned from launching her second Venice Biennale exhibition, for Sāmoan-based artist Yuki Kihara who is representing Aotearoa New Zealand, curator Professor Natalie King OAM reflects on being part of the most diverse Biennale yet.

Yuki’s work, shot on location in Sāmoa, is dazzling and joyful with glimpses of heartache. It brings the Sāmoan sunshine to Venice. Paradise Camp features a series of 12 intense photographs starring a cast of around one hundred Fa’afafine, including Yuki, which is Sāmoa’s third gender. It’s incredibly distinctive and resonated with audiences in Venice of up to 4,000 people a day.

Her work explores some of the most urgent issues of our times, including decolonisation, intersectionality and environmental crises. And it’s all through a Fa’afafine and Polynesian lens.

Yuki’s photographs depict her community and return the gaze in an empowering way. She is a very astute researcher and recognised that Paul Gauguin’s paintings might have featured Sāmoan people that could be Fa’afafine; not only Tahitian people. Yuki has taken those images back and given them Samoan names, featuring members of her own community. She calls it ‘upcycling’ the paintings, because she is improving them. 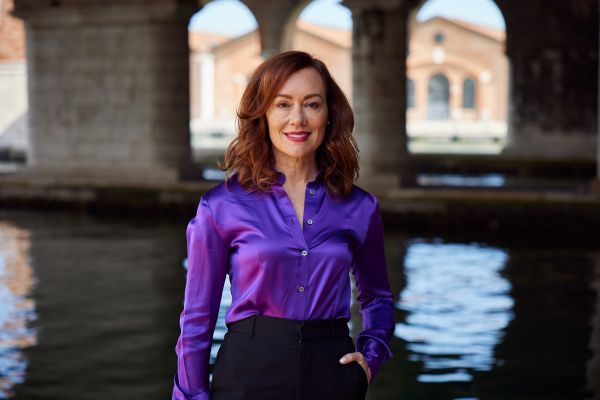 The curator’s role is often misunderstood, but it’s extremely expansive and multifarious. I’m there to care for the artist and realise their ideas in the optimum capacity. But I’m also doing fundraising, interviews, captioning, writing, speaking to ambassadors, checking media releases, and more. With Paradise Camp we had the added challenge of preparing the exhibition during lockdowns. But we assembled a talented team and made it work.

In 2017 I was fortunate to curate Tracey Moffatt’s exhibition in the Australia Pavilion at the Venice Biennale. That was a great experience, she was the first solo Indigenous artist to represent Australia. It taught me so much.

This time, I was more prepared for how unremitting and exhilarating the event is. I knew from experience that as you head towards delivery the demands on the team become quite feverish and inordinate. I did my best to savour every moment and not get too distracted. 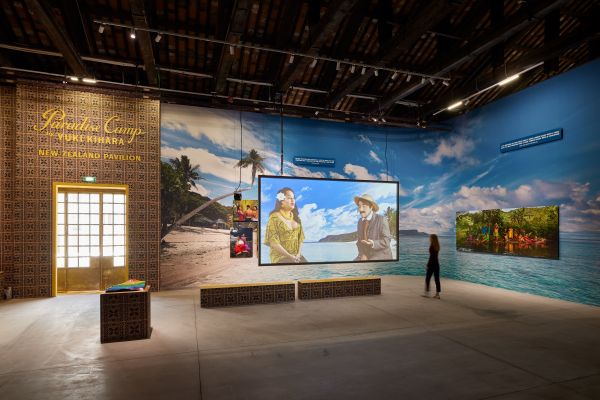 Yuki was part of a turning point of firsts at this year’s Biennale and it flipped the script on who is seen and heard there. Cecilia Alemani is the first Italian woman to curate La Biennale, Yuki is the first Pacifika and Fa’afafine artist selected, Sonia Boyce is the first black British artist, Sonia Leigh the first black female American artist, Poland has the first Romany artist, and the list goes on. It means that many pavilions are presenting expansive and under-represented world views. Yuki formed a network across these pavilions to help each other out and to build solidarity. 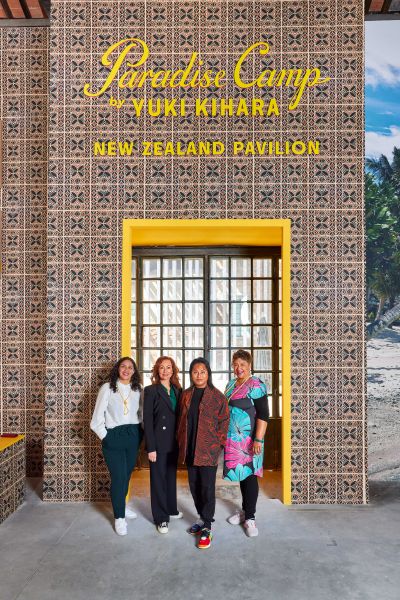 Bringing people together like Yuki did in Venice is very Pacifika. Normally the Biennale is very much a national initiative, but it was interesting to see some of those walls come down with a more diverse group of artists. We’d like to do some initiatives online to bring this group together again to work collaboratively and listen to each other. 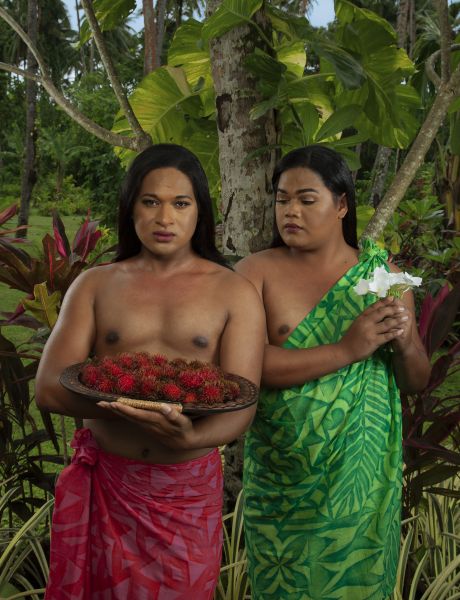 Often, Indigenous ways of being are more consultative and more inclusive. There is so much to learn from Indigenous cultures and Indigenous ways of being, behaving and living.   Fa’afafine are a great example - gender is a more fluid state in Polynesia and Sāmoa. Hopefully I can bring some of these ideas and ways of thinking to colleagues at the University.

Curating a Biennale in a Covid environment had enormous challenges. Fortunately, I went to Sāmoa in March 2020 and could observe Yuki’s photoshoots on location at plantations, waterfalls and villages. But after that we only met via Zoom. While it had its challenges, it gave me more time to edit the accompanying book, which is a hybrid of catalogue and monograph. It’s a standalone publication that will exist beyond the seven-month exhibition cycle.

Paradise Camp is running at the Venice Biennale until November 27. The accompanying book by Natalie King and Yuki Kihara is published by Thames and Hudson (Australia) and out now.