Gloria and Beatus vir – meet the cast and crew

From the directorial team behind Passion, Lament, Glory and L’Orfeo come Gloria and Beatus vir – two of Vivaldi’s most beautiful and moving choral works. I caught up with some of the cast and crew from the University of Melbourne’s Faculty of Fine Arts and Music. 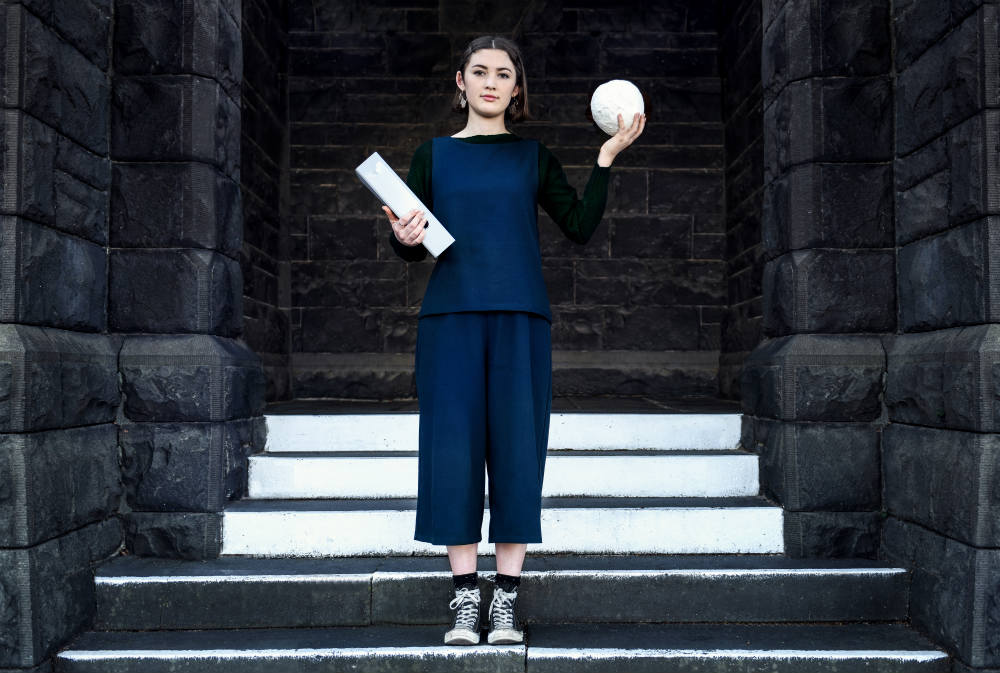 I became interested in stage managing in Year 9. I wanted to audition for the drama production at my high school, and the director just asked, “Sure you don’t want to be my stage manager instead?” I was quite bossy, I think.

Once we’re in the venue, the lighting designers will give me a list of cues and when they need to happen.

And, eventually, once the show is up and running, I’ll be calling the show. Basically, that involves me reading along to the music and calling to the board operators when they need to press a button. There are some fast parts in the music – so I need to make sure I can call it correctly. 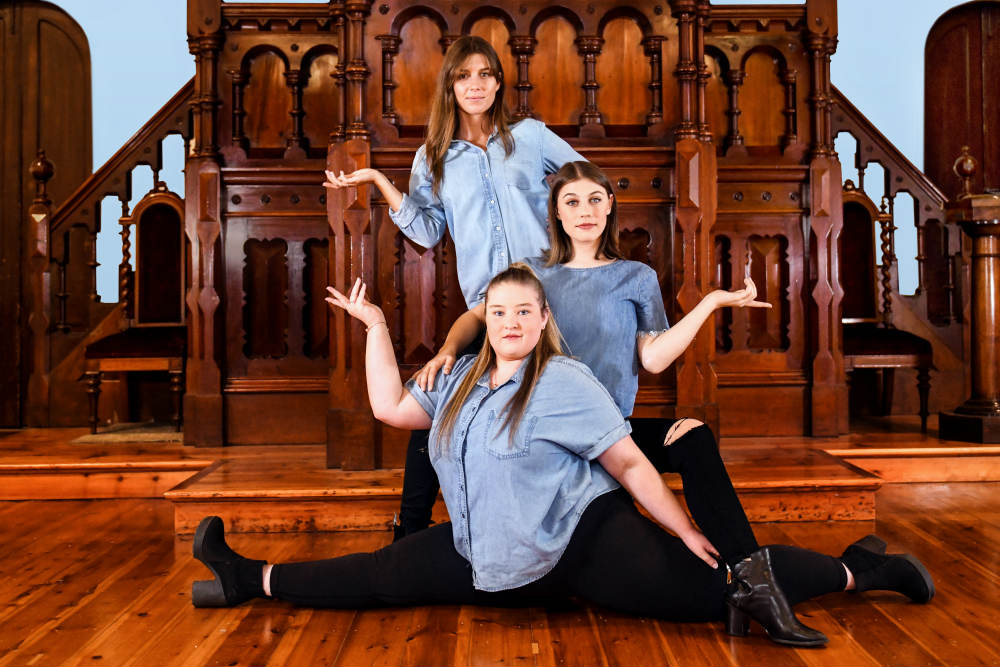 I worked with [Artistic Director Professor] Jane Davidson last year on Passion, Lament, Glory and L’Orfeo, both times as a dancer. This is my first time as an assistant and co-choreographer. I’m working with Jordan Auld (see below).

[Both are working under Jane Davidson, who has choreographed and designed overall elements of the performance.]

I started ballet when I was three, and from there I started to learn other styles, like jazz and contemporary. I ventured through hip-hop and folk dancing, and I even did Javanese and Balinese dancing. I started choreographing when I was 15 and I realised that I could link all those experiences together and create an emotional journey.

My fellow choreographer Jordan [Auld] and I are really good friends. Like most choreographers, we have little disputes but we always put the production ahead of anything else.

From the audience’s perspective, this will be one of those productions where you’re just in awe.

Emily [Leaver] and I have both gone through the competitive dance world so we understand you need to pick something up really quickly or you’ll fall behind. Not all the performers in Gloria have dance backgrounds, but everyone’s doing really, really well.

I love singing lyrical melody, with its heightened emotions. Last year’s Passion, Lament, Glory was my first real experience doing early music, and I absolutely loved it. I never thought I’d be able to open up emotionally and connect really, really deeply with the music from the Baroque era because it’s such a different world.

This time, I wondered if I was going to connect with Vivaldi and Gloria, but the music we’ve been working on with Dr Erin Helyard, who’s absolutely phenomenal, and Stephen Grant, has really opened up our voices.

As well as singing, there are a few dance solos scattered throughout the show, and I’m performing one of them. It’s been a really good challenge for me because I wouldn’t quite say I’m a dancer.

Learning about movement is just so important for an opera performer – there are little tricks, like how to hold your hand in a particular way.

Many of us in the chorus are not early-music trained, but we’ve learned a lot in rehearsals. You have to be true to the way it should be performed.

Shows like Gloria are so important in a young artist’s development. Even if you’re just in the chorus, the standard needs to be as high as if you were a soloist. 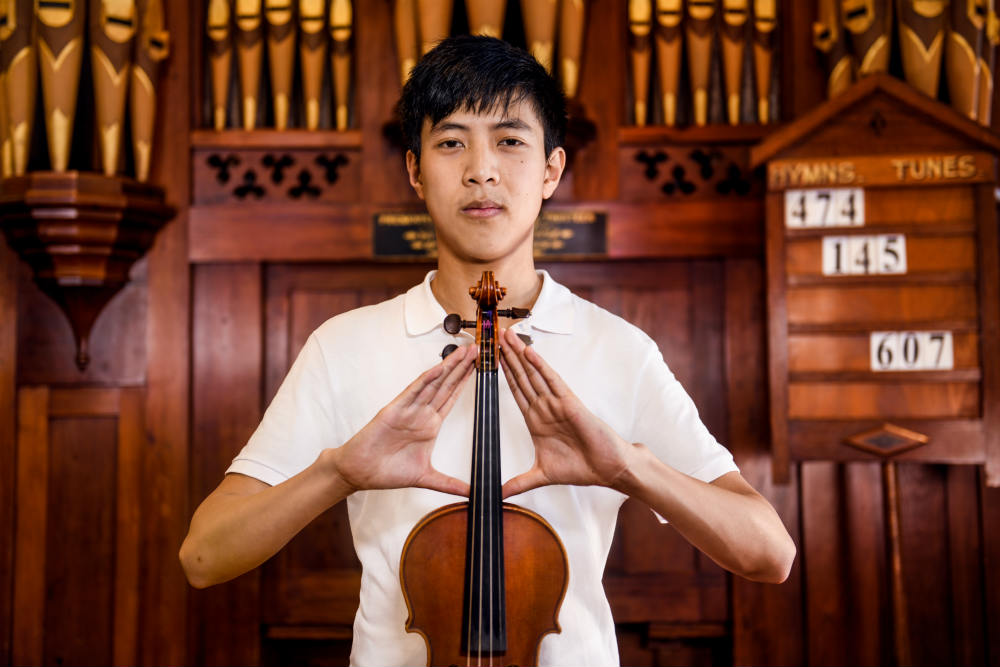 There are these arcane notions of Baroque music being kind of, well, old. Which it is, of course, but at the same time it’s very new, because of the whole way of playing it: you’re reinventing each phrase according to what feels natural. At any time, someone might try something different and everyone has to listen out for that and respond.

I really love the atmosphere in the rehearsal process. [Head of Early Music] Rob Nairn often says to us: “You should feel an electric shock every time you do something exactly the same!” He also tells us that if we break a string, out of pure energy, he’ll pay us $20!

I’m not completely sure how the musicians will look in the final production, but we’ve been told our faces may be painted gold. 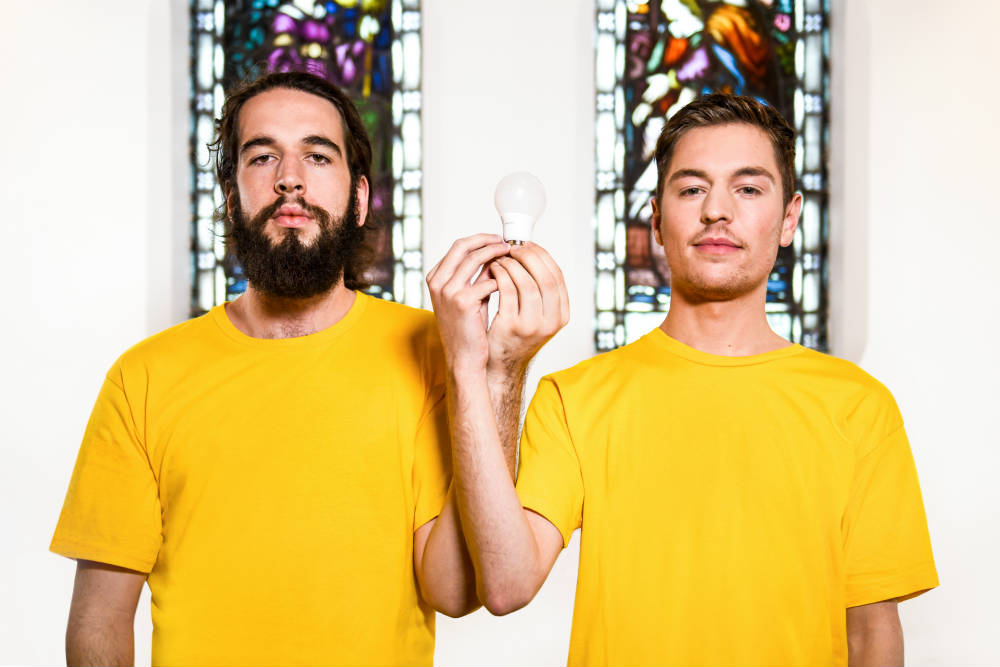 Noah: This show is really different from anything we’ve ever done. It’s in a cathedral, which is obviously not made for a play or a theatre show, so we’ve had to build everything from scratch. I’m very glad we have each other because it’s not something we couldn’t have done alone.

Mungo: There are incredible pluses to working in St Paul’s. We can light the architecture. It’s not just a black box: the space has incredible character. In a theatre, you have fixed lighting positions to hang power and lights from but obviously nobody had that in mind when they built the cathedral.

As part of this incredible opportunity to do Gloria, we’ve had some time in the realisation suite at the Arts Centre. It has software that lets you plug in a plan with lights and play with it. We have only a short amount of time allotted in the cathedral, so the software gives us an idea of what the show will look like when we get there.

Noah: We’ve been really lucky working with [Artistic Director] Jane Davidson because she’s been open to everybody’s ideas. One of the great things about the Production course is we’re constantly jumping into different areas, which really prepares us for anything the industry will throw at us.

Mungo: St Paul’s Cathedral is such a character within itself. People flock from everywhere just to marvel at its incredible architecture, so we wanted to use that idea to create not just a show but an immersive work. It’s going to be a brilliant, holistic experience.