Darcy Wischer is a Melbourne-based stage manager currently working on Harry Potter and the Cursed Child, based on an original new story by J.K. Rowling, Jack Thorne and John Tiffany, and the only production of Harry Potter running worldwide. The production received a record-breaking number of Britain's Olivier Awards, and six Tony Awards from the Broadway season. Darcy graduated from the Bachelor of Fine Art (Production) in 2019. Here, he talks more about his pathway from studying to professional placement.

At the beginning of 2020, I took a three-month internship with the Stage Management team on Harry Potter and the Cursed Child during their recast rehearsal process. I worked closely with the cast and crew and gained valuable insight into the operation of a large-scale commercial production. I graduated, finished my placement and was offered the position of Assistant Stage Manager and am now working on the show.

Harry Potter and the Cursed Child is the only production of Harry Potter currently running worldwide. To be a part of the running of the show backstage – as well as the creative and construction processes that go into the making of a piece of live performance – on a production of this scale is extremely exciting. I mean, the Princess Theatre was refurbished to accommodate the world of the show. It takes about 100 people to pull off each and every performance. Working on something this complex has been a professional ambition of mine.

One of the biggest demands is the fact the show is split over two parts. That means double the rehearsals, double the preset, double the show call, double the deck plots and double the time it takes to learn and execute everything. Being Assistant Stage Manager on this show requires a great deal of concentration. It is often very busy backstage. That, combined with the many potentially dangerous sequences throughout the show, means that as a Stage Manager you have to be on your game and ready to problem solve at any time!

One of the most complicated moments while working on Harry Potter was my first two weeks on the show. I had two weeks to learn all my roles and responsibilities to carry out during a performance. It was overwhelming at first, but it soon became part of my daily routine. The show is really exciting.  Without giving anything away, you could say there is some flying in Harry Potter! There is a huge amount of collaboration between costume, set and special effects designers that make my work really challenging and fun. Working on the world created by technical director Cameron Flint and the team is teaching me a lot. And seeing all those fans come in costume is a real highlight. I was a fan of Harry Potter growing up, both the books and the movies. 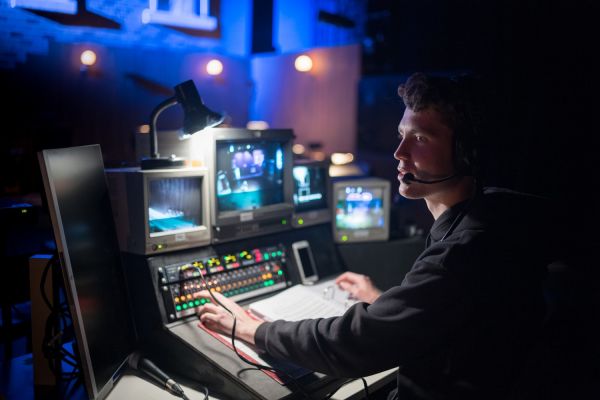 It’s been really exciting to work alongside other VCA alumni on this production. To see familiar faces around the theatre and experience the joys of putting on a production with my university peers is exciting. I am also working with current and former VCA students, including second-year directors on placement Alonso Pineda Garcia and Alkisti Pitsaki, and Abbey Reeves-Williams in the costume department. It has been interesting to see other people’s journeys in this industry, too. My time at the VCA taught me the skills and developed the connections that have been invaluable to my development as a Stage Manager and set me up well for work outside of university.

My understanding of what a stage manager does significantly changed over the three I was studying at the VCA. There were so many avenues and responsibilities of a stage manager that I did not know existed when I started my studies. It was a steep learning curve. My training has set me up well for my time in the industry. It all started really when I was given the opportunity to stage manage the senior musical in high school and from there I developed a passion for the role. This led me to apply for the BFA (Production) at the VCA. As stage managers, it is our job to run the room and ensure that the day’s activities are running smoothly as well as liaising with all the cast, crew, and creatives. A quieter day at the VCA would often involve a class or lecture on the morning and then rehearsals for a production in the afternoon. 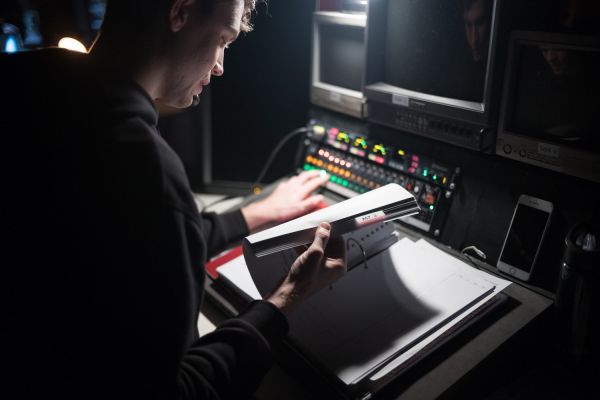 Seeing other shows and productions inspires me. It's the work of my friends and colleagues that makes me want to keep doing what I do. And spending time in the theatre around like-minded and passionate people is the reason I love working in the performing arts.

A highlight for me was calling the major musical Our House at the end of 2020.This was my final production at the VCA, and it was one of the most challenging yet rewarding experiences of my three years at university. Meeting new people and making connections with new collaborators was one of the best parts of my studies.

My goal for the next few years is to continue to be an assistant stage manager (ASM) on large scale commercial productions. When international borders open, I would like to tour with productions around the world!

Some of the best advice that was given to me was that kindness and gratitude go a long way. It does not matter how skilled you are at your job, or how much experience you have. Be genuine and kind. New skills can always be taught on the job but, above all else, people want to work with kind and genuine peers who they believe will work well with a team.