Samantha Hargreaves entered the Master of Music (Opera Performance) with her singing voice quavering, but now has many production credits to her name. Meet Samantha and learn about how she overcame her jitters and embraced her inner diva.

As told to Mireille Stahle

I was lucky enough to be accepted as a Kwong Lee Dow Scholar at the University of Melbourne when I was 15. This gave me the opportunity to get to know the main Parkville campus, access the library facilitates, and participate in a Summer School where I took classes run by university students and alumni. I was most interested in my music and Italian language classes. I decided that somehow I wanted to pursue a career that integrated both. When it came down to making university preferences in my final year of high-school, my choice was clear.

I began the Masters of Music (Opera Performance) fresh from my undergraduate degree of music which I also carried out at The University of Melbourne. Initially, I had known next to nothing about opera and classical singing but I was very eager to learn. High drama, coloratura, voices that could sing above orchestras – it was all fascinating to me. However, in terms of me as a singer, I’ll tell you honestly: I wasn’t very good! I’d get so nervous when performing in front of my classmates, my voice would become thin and I’d forget my lyrics. 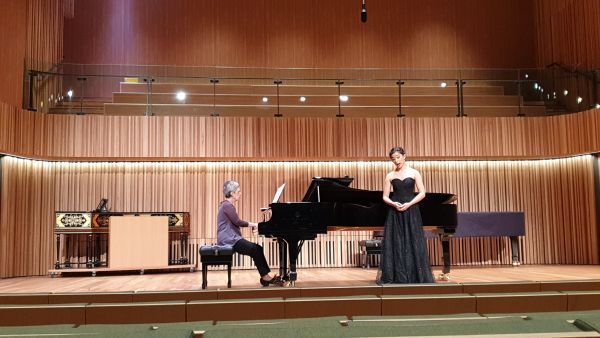 When I began private lessons with Patricia Price, there was a big leap in my development. She taught my about artistry, attention to detail, and that the best singing happens with emotion. As my technique developed, we began to build up my repertoire of art songs, finally moving to operatic arias. She was the one who gave me the confidence to audition for the Masters of Music (Opera Performance).

I’ll always remember the day when I opened my mouth and sang a powerful, operatic high A♭ for the first time. We were both so shocked that we burst out laughing. It was an exhilarating moment that propelled me to continue practising and making breakthroughs.

Because of the small cohorts in our Faculty, it is common for classes to be taught to multiple levels at once. I loved this because it meant that everyone knew everyone. We all found ways to collaborate with each other in and outside of class.

The university encouraged students to start their own choirs and chamber ensembles, so I became a soloist and operations manager of the Candlelight VOX Choir, which specialised in contemporary classical pieces.

As undergraduates, my sister and I were fortunate enough to choreograph and feature in the Master of Music (Opera Performance) production of Offenbach’s Orphée aux enfers. Both my sister and I were dancers in high-school, and it was wonderful to be given the chance to integrate our skills into the operatic medium.

A big highlight of the course was my final third year recital. I delivered a 40-minute program with Andrea Katz accompanying on the piano to an audience that comprised of all my friends from university, my family, and most surprisingly, my manager and colleagues from work. I was delighted to see some faces in the audience that I hadn’t seen for over a year. I’m proud to say that it was an immense success. 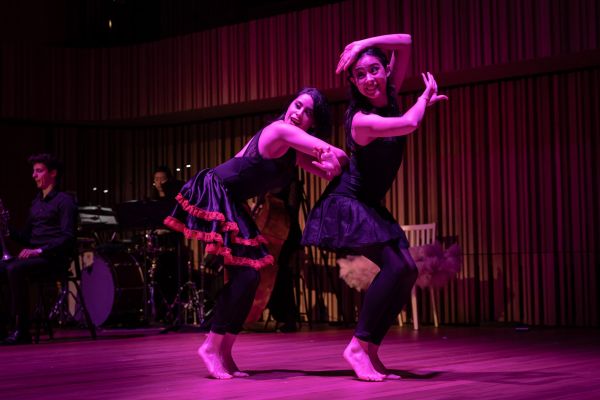 The debilitating nerves and forgetfulness that had plagued me in first year had been conquered. My nerves were now overshadowed by excitement. I allowed myself to connect with Andrea, the music, and to try my best within my capabilities to express what the composer had intended. I received top marks (but I had forgotten that the judges were even watching!).

Something that I’ve come to understand is that there is no set path when forging a career in the creative arts. It’s probably one of the most frightening and exhilarating things about it. When people ask me if I have a job, I tell them that I have several.

Because of the extremely varied and short-lived nature of productions and gigs, every performance is a new sort of job. Further, I have found that when performance opportunities are not in abundance (such as right now in isolation!), I am able to use my musical knowledge and skills in many areas of performing arts. As well as teaching young students musical theory and fundamental technique, I also work as a freelance song writer for music producers who need a vocalist or lyrics.

There are no limits to creativity. I believe that if you work diligently every day and use the strengths that you possess, success is inevitable.