Artists who engage in contemporary monochrome art practices see themselves as part of a growing lineage – as a new exhibition at the Margaret Lawrence Gallery amply demonstrates.

Colour. It exists on things, as part of things. It’s not a thing in and of itself. Or so it might seem.

But implicit in each of the works in Monochrome: Empty and Full (showing until 2 June, 2018, at the Margaret Lawrence Gallery) is the notion of colour as its own entity – a kind of presence that has the capacity to both embody and conjure a range of meanings, associations and emotions. As seen in the work of more than 30 artists, colour is connected with form but not beholden to it. 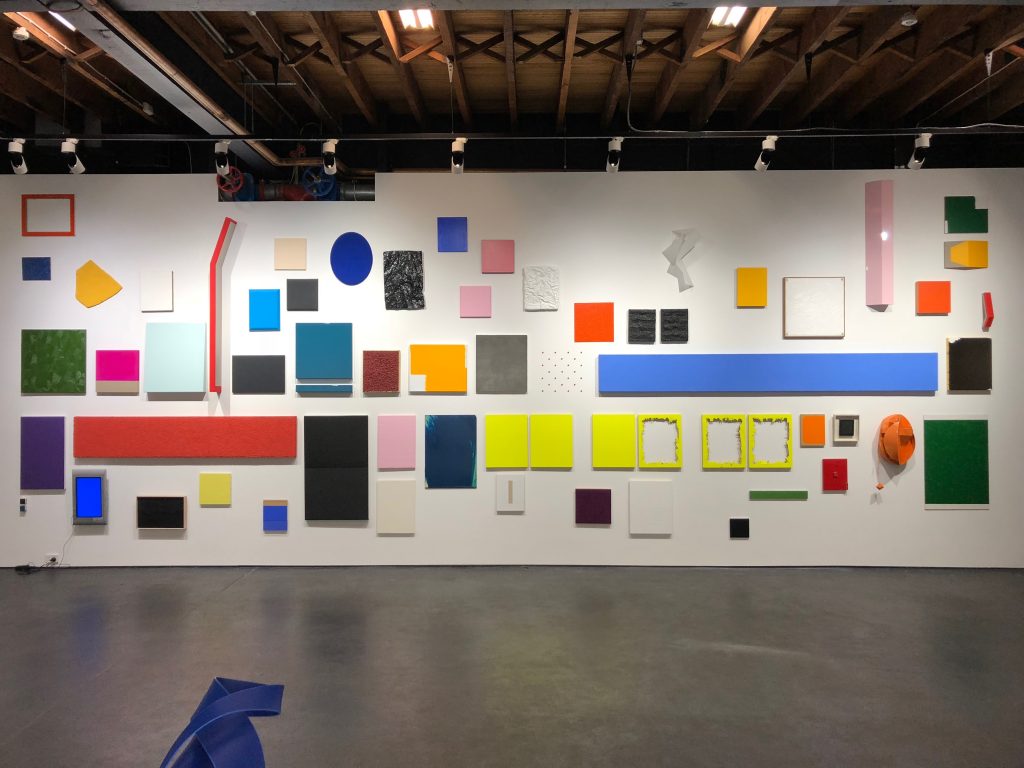 Artists who engage in contemporary monochrome art practices tend to perceive themselves as part of a growing lineage. They’re often grounded and/or informed by a range of practices, philosophies and movements, which include but are not limited to: geometric abstraction, abstract expressionism, minimalism, conceptualism, tantra and zen. Many of them explore the types of resonance and relevance that monochrome art practices can have right now.

In the words of curator and writer Barbara Rose, they create “a silent oasis of contemplation in the noisy overstimulated contemporary world of mass culture that is geared to ephemeral fashion and instant gratification”.

The exhibition has been organised into the following three non-sequential sections: Colour is a substance; Monochrome manifesto; and Monochromes out in the world.

So let’s look at those in order:

Colour is a substance comprises Sabco No 5, 1978, a single work by Australian artist Robert Macpherson. The small square black canvases in this work are numbered from one to 46, with the number of each individual canvas corresponding to the number of layers of black paint applied – so that Number 1 has one layer of black paint and Number 46 has 46 layers of the same black paint.

Displayed in a single line more than seven metres long, the work demonstrates an evenly-graduated progression in the density of paint surface.

Sabco No 5 has a visual rhythm generated by its composition as a series of objects that are similar in size and colour. Their display is suggestive of a production line – an idea echoed in the title which refers to the brand of household paint brush used in the works creation.

Colour here is a substance through which the authorship of the artist is asserted simply and powerfully and there is no confusion or mystery about the way the work was made. 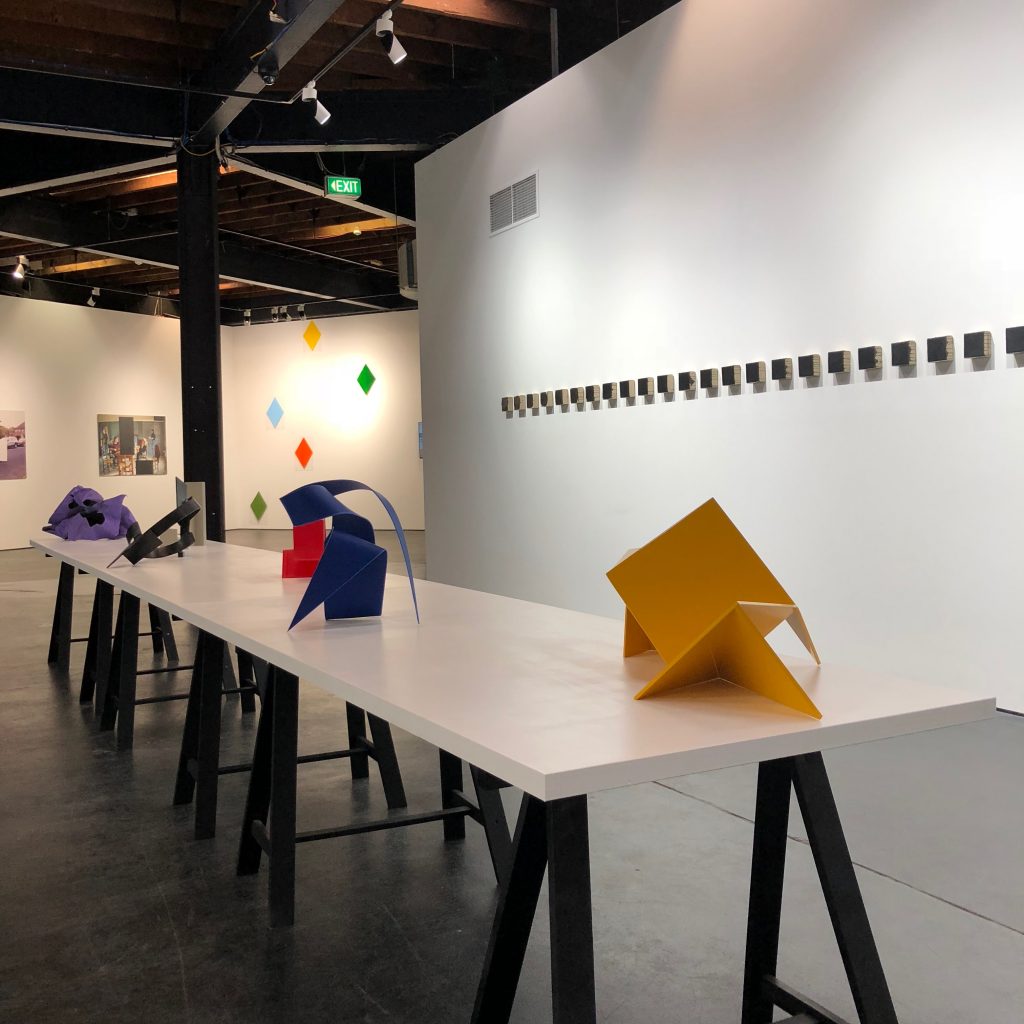 Monochrome manifesto can be understood as a glimpse into the range of forms that monochrome art can take, with work by an extensive list of Australian and international artists, including Hayley Millar Baker, Brian Blanchflower, Louise Blyton, Eugene Carchesio and Mathew Deleget.

The materials are diverse – paint, glass, bronze, aluminium, plastic, cardboard, paper, canvas, plaster, rubber, steel and timber  – highlighting the endless possibilities of expression within the confines of a single colour. 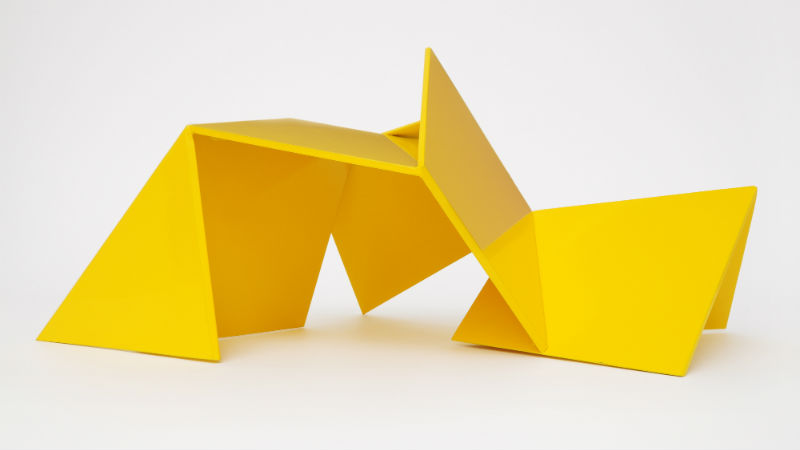 Monochromes out in the world includes works by David Thomas, Kerrie Poliness and David Batchelor. Photography and video are important devices generating an understanding of the monochrome existing in a real time and place outside of the gallery or studio.

Kerrie Poliness’ videos record the interaction of her painted monochromes with nature. The perfect geometry of Poliness’s diamonds is at odds with the organic coastal rock formations and their subsequent interaction with the animals and the elements.

David Batchelor’s work results from many years of photographing white squares and rectangles found in a range of urban settings. The blankness of the white monochrome, especially in the context of the city can be considered a moment of silence – a time to consider the absence of something. 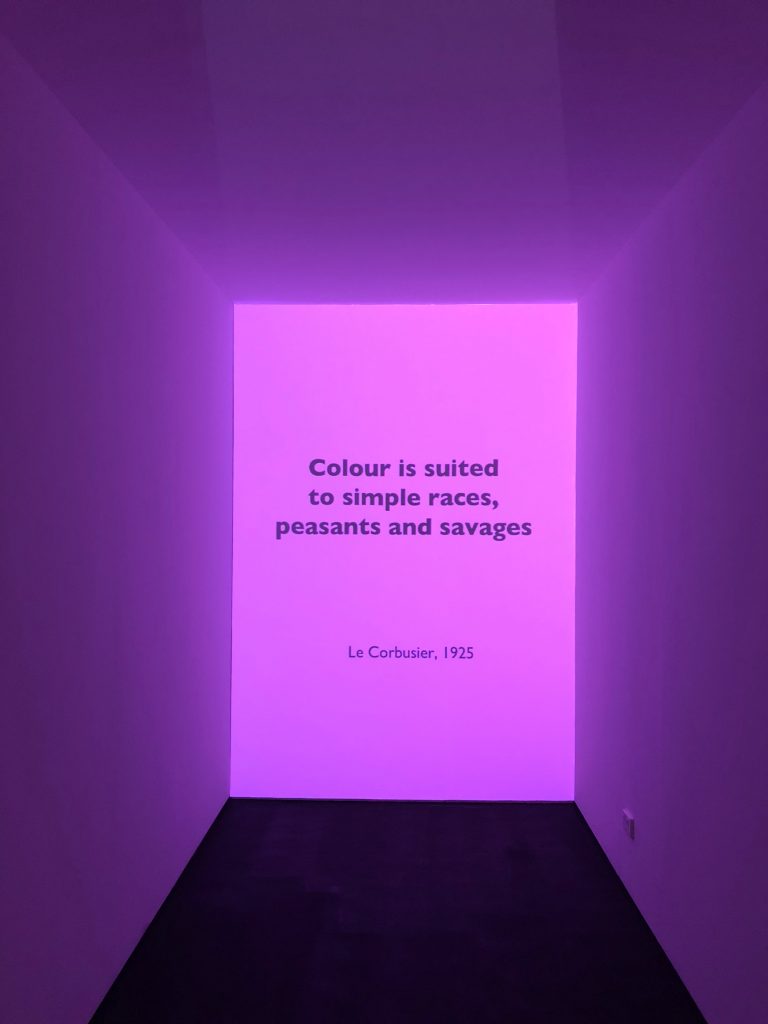 Monochrome paintings are both full of colour and empty of content. They are full in the sense that coloured paint occupies the totality of the surface. They are also empty in that there is no one prescribed meaning assigned to the colour. Monochrome paintings can be seen as empty of meaning – a space that can be filled with interpretation gleaned from an experience of colour.

There is no single focal point on the painting to attract the eye and unlike the process of reading words on a page, there is no direction for viewers as to where to start or finish. Readings of the colour are based on “consuming” the whole work at once – viewers are not called to progress from one section of the canvas to another, but rather to engage with the totality of a single colour.

Barbara Rose describes the monochrome as going “nowhere and everywhere, it is specific and universal, tangible and immaterial. It is the ultimate paradox”.

This “ultimate paradox” can be connected to the concrete and metaphysical possibilities of the monochrome. The often deeply personal gesture of making a monochrome has reverberations that extend into the broader realms of art and social history and contemporary culture. 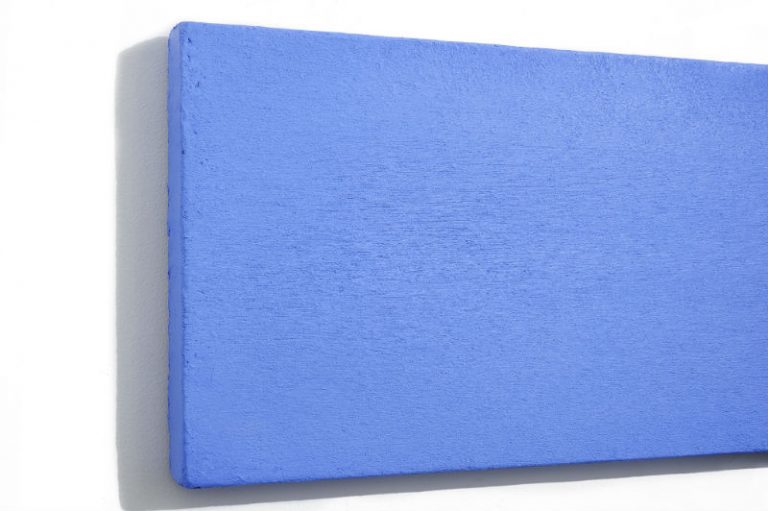 Monochrome works can be understood as a potent form of self-portraiture – the ultimate statement by artists about what they do. In this light, monochromes allow artists to constitute themselves as colour, placing their concerns within the physical and symbolic qualities of the work.

An obvious question that arises is: What then are the concerns of artists who make monochromes?

The collection of works in this exhibition suggests that the issues and themes around unity, infinity and indivisibility, endlessness and boundlessness, materiality and nothingness, lie at the heart of monochrome works of art.

“Its nature is emptiness and because it is empty it can contain and embrace everything … Space is the precondition of all that exists.”

This is an edited version of the catalogue essay for Monochrome: Empty and Full, which runs until 2 June at the Margaret Lawrence Gallery, Southbank, Melbourne.