We are currently experiencing a mass death event as a result of the COVID pandemic, with many friends and families mourning the end of life of their loved ones, and organising funerals, burials and cremations. It is within this climate that the DeathTech Research Team at the University of Melbourne, and a group of seven eminent Australian artists are staging Art, Death and Disposal, an exhibition to reimagine death and disposal practices.

Artists Catherine Bell, Chantelle Mitchell, Jaxon Waterhouse, Eric Jong, Farnaz Dadfar, Georgia Banks and Laura Woodward are exhibiting new work in the exhibition, which is showing at the Meat Market Stables from 12-16 January. In developing the work, each artist responded to the provocation: How might disposal of the deceased be designed in the 21st century?

We spoke to one of the participating artists, Catherine Bell, about the exhibition, her visions for the future of death and body disposal, and the role that art can play in imagining that future.

In conversation with Catherine Bell 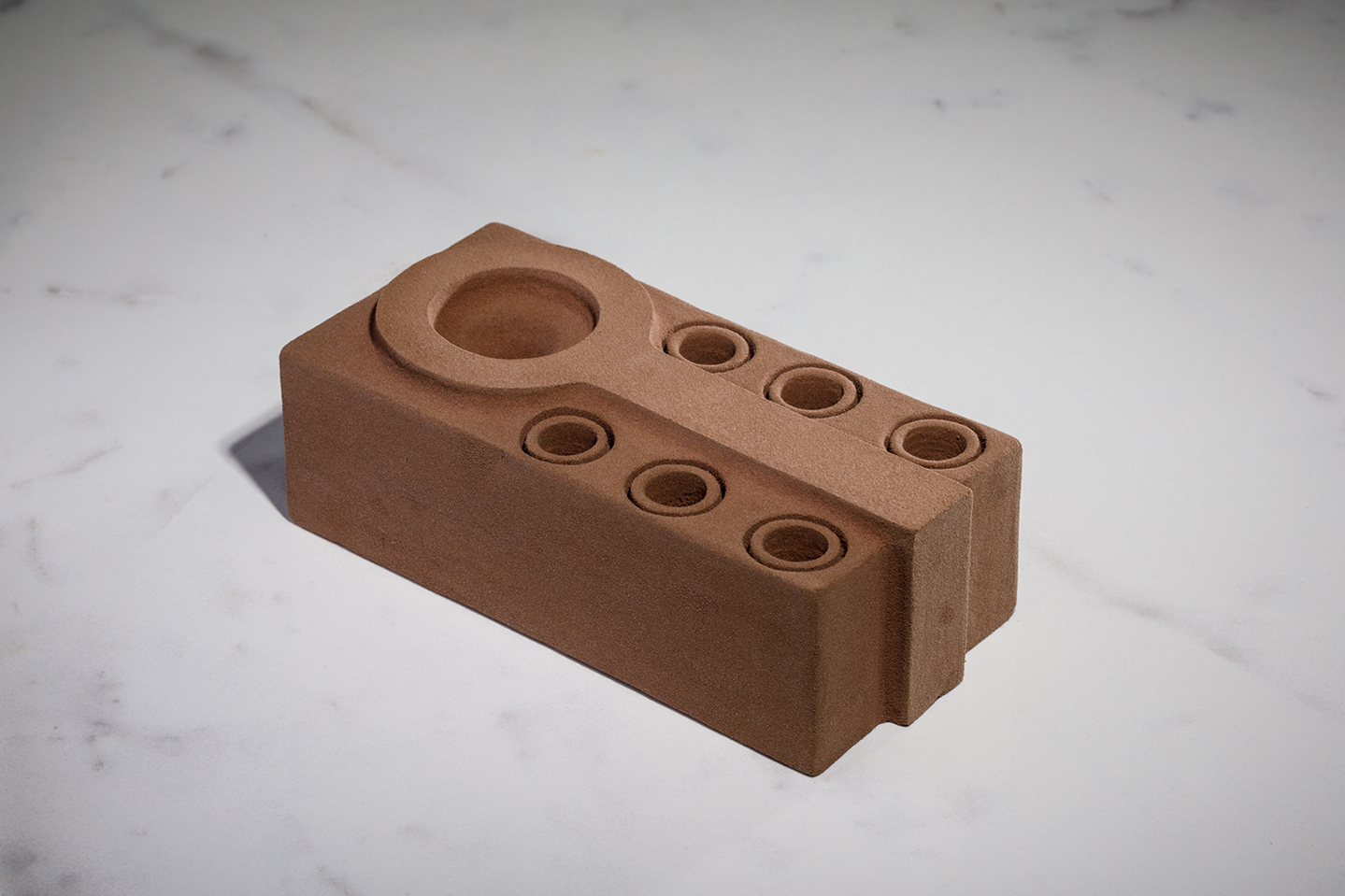 What are some of the problems with the death industry and death disposal as it stands?

The contemporary multi-billion-dollar death industry controls death practices within Western societies. This is problematic because death disposal services lack scope and diversity. The standardised funeral and traditional forms of body disposal such as cremation and ground burial don’t appeal to everyone and don’t represent the range of values that exist in contemporary society.  The death industry should be driving change, advocating for green death practices, and enabling people to have more control over what happens when they're dealing with their loved ones after death.

It wasn’t long ago that people died in their homes and were buried by family members on farms and properties in private, family cemeteries. The socially engaged aspect of local communities coming together to perform traditional roles in funeral ceremonies, and family members taking an active role in preparing the bodies of their deceased, has since become commoditised and outsourced.

What are some of the environmental factors we need to consider when thinking about death and disposal?

The planet is becoming increasingly populated, and, as death is an essential part of our existence, how we choose to dispose of the dead becomes a critical environmental issue. Alternatives to conservative forms of burial exist, and these options accommodate different rituals and processes in which to mourn and remember. Death disposal has a significant impact on the environment, so rethinking ecologically-friendly forms of burial is crucial. Natural burials may involve placing bodies in biodegradable shrouds and coffins, so the body is readily absorbed back into nature. This reconceptualises death and the interment of human remains as a productive material that can nourish the earth, honouring our relationship to the planet.

Carbon emissions are also a factor. The consequences of death disposal on the environment need to be part of the conversation when funerals are being planned to help people in making informed decisions. A lot of energy is required to cremate a human body and a number of toxins are released into the atmosphere in the process. Likewise, conventional ground burials use chemicals that preserve the body and nondegradable materials are frequently used in coffins.

Do you have a vision for how death disposal could change in the future?

I see death as a social process - one that is materialised through the act of disposal. So, my vision for the future of death disposal would involve the development of rituals that encourage community discussion about death that will support people to plan their death in advance, in a similar way the birth of a baby is planned.

Reframing body disposal as beneficial to the environment would be integral to that vision. Situating body decomposition as serving a personal and environmentally sustainable legacy would conceptually recuperate death into life and foster ethical burial choices.

How did you become interested in death and disposal?

When I was studying at art school in my late teens, I had a job working in aged care and at the same time I volunteered at the Queensland AIDs Council looking after AIDs patients in their homes. In these roles I would witness death in very different communities, from elderly women and young men.

Working in palliative and aged care settings illuminated the taboo surrounding death. I would reflect on how these different communities were abandoned by their families and their end-of-life care was outsourced to health care providers or volunteers. This experience had a profound impact on me and influenced the work I created at art school, including repurposing the discarded possessions once owned by nursing home residents after they passed away.

When my father died at the start of my PhD in 2003, I used performance art to explore cathartic mourning rituals and expanded these personal rituals into community engagement projects during two, year-long artist residencies at St Vincent’s Hospital and Caritas Christi Hospice in Melbourne. I developed communal art workshops with palliative care patients, their families and staff that promoted healthy and meaningful discussion about death and dying. 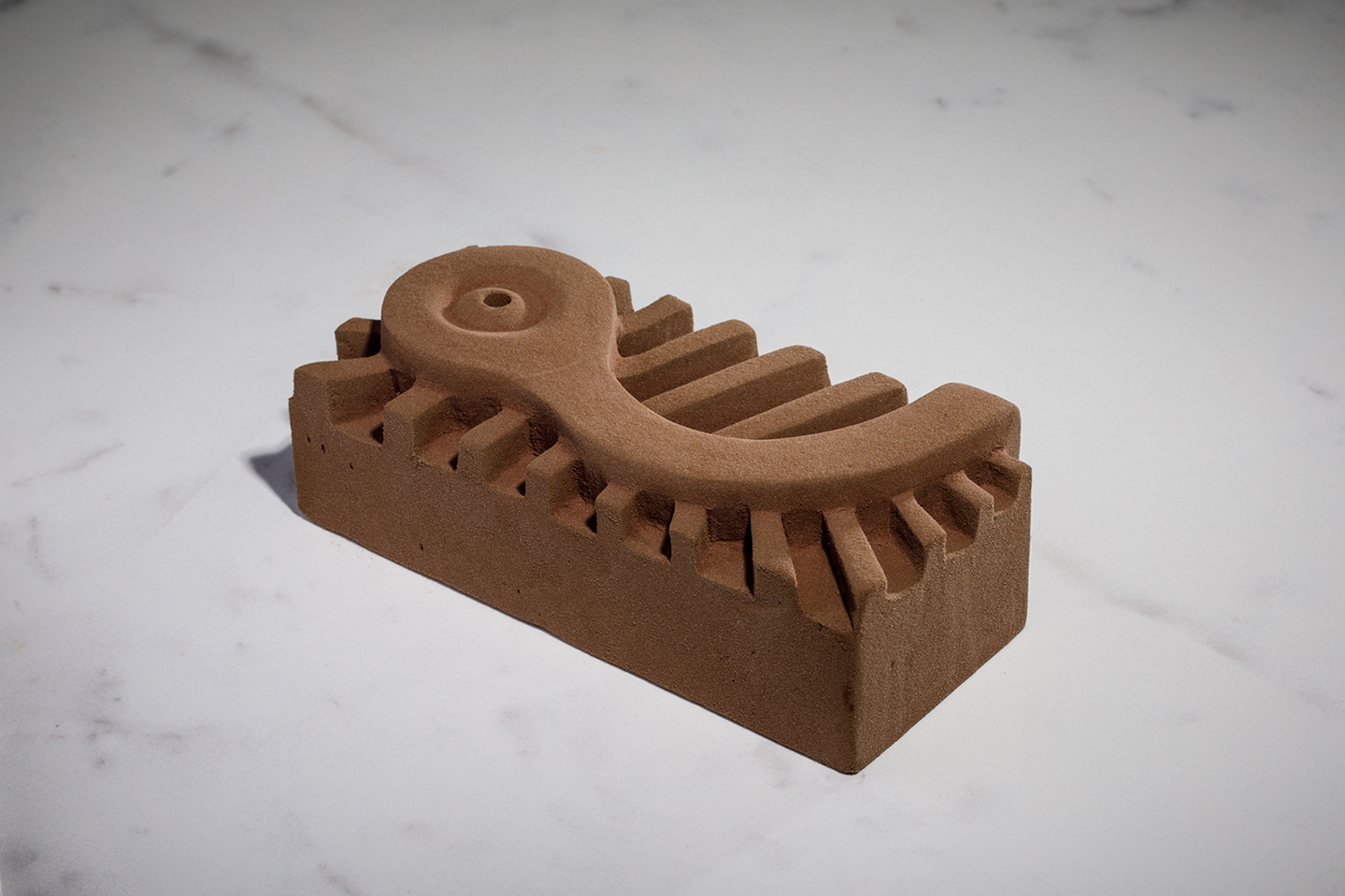 Can you tell us a little about the DeathTech Research Team ?

The DeathTech Research Team are a multidisciplinary collective based at the University of Melbourne, that work collaboratively to investigate the intersection of death, technology and society. DeathTech critically analyses death practices to explore how death, commemoration and mourning have begun to change in response to the shifting technological and social pressures of the 21st century.  The DeathTech Research Team are a dynamic bunch that value inclusive research methodologies and employ an interdisciplinary approach that illustrates the complexity of knowledge surrounding death practices.

Can you describe your work in the exhibition? What ideas do you explore?

My work in this exhibition responds to how ancient civilisations commemorated the dead and continue to influence how the dead are memorialised. I ruminate on how the Romans performed the ritual of pouring liquid offerings, such as wine or perfumed oils, into a vessel buried below the ground.

The vessel was a marker for the grave and acted as a visceral passageway connecting the living with the deceased. Inspired by this ceremonial gesture of care and devotion, I have created an interactive installation that invites participants to dispose of squid ink into openings in hand-carved sculptures. The sculptures are made from a rectangular block of biodegradable florist oasis foam transformed into individual, symbolic portals.

The pungent smell of squid ink is an important sensory element as it has a relationship to the corporeal. It also has a similar mineral make-up to the human body.  The concept of uniting the squid ink with the dusty foam block evolved from ruminating on how the water cremation body disposal process separates the wet part of the body from the dry.  I wondered if families ever requested the liquid remains accumulated during this form of body disposal.  If they could collect the fluid that is normally drained into sewer systems, what would they carry and store it in? How would they dispose of it? Could this activity be ritualised?  My work in this exhibition explores these ideas.

Why is art an important way to reimagine death disposal?

Currently, we are witnessing mass deaths from the COVID pandemic and the storage and disposal of corpses in civic spaces. We see images of refrigerated vans parked outside hospitals, and mass burials circulating on the nightly news. Historically, ancient civilizations did not see death as taboo, but integral to the religious, cultural, and social fabric of daily life.

I’m interested in the gallery as a site to generate impactful, social engagement that promotes death literacy. Specifically, how the imagery and rituals that acknowledge death’s pervasive influence, can normalise death's presence in everyday society and emphasise the role art and artists can play in promoting healthy and meaningful discussions about mortality and body disposal.

Curated by Elizabeth Hallam, University of Oxford, with the DeathTech Research Team, University of Melbourne. The exhibition is part of ongoing research on the future of disposal after death, and encourages visitors’ responses to, and participation in, artworks. This research by DeathTech is supported by two current ARC (Australian Research Council) Grants (DP18010314 and LP180100757).