The edges of sculpture: artist Nabilah Nordin on what drives her playful practice

“I’m inspired by the impossible and always looking for what sculpture can be, and what it can do,” says Melbourne based artist, and graduate of the VCA, Nabilah Nordin, as she prepares for her latest show, Parade for the Moon at this month’s RISING festival.

Since graduating from the Master of Contemporary Art (MCA) in 2015, Nabilah has received a swathe of positive attention for her viscerally abstract sculptures that embrace the clumsy, the wonky and the colourful.

It has been an eventful year for Nordin, who in recent months displayed her largest work to date at the Melbourne Art Fair and closed a solo show at Heide MOMA. This week, Nabilah is busy preparing the finishing touches on new wearable sculptures for Parade for the Moon, a 30-person parade of spirits, dragons, loud drums and animals, marching in tribute to the moon. 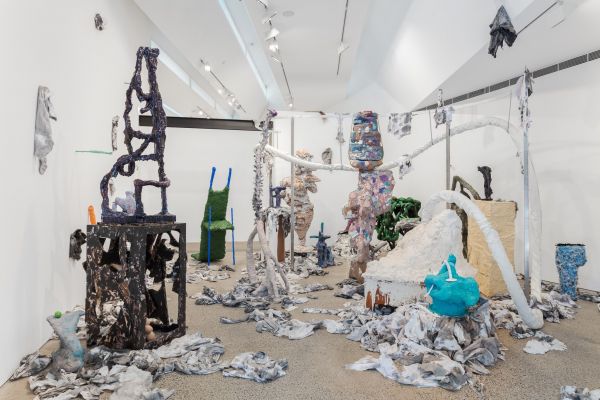 “I’m so excited that RISING is back,” says Nabilah, who like many artists, was saddened to see the festival cancelled at the very last minute – twice – during the city’s long rolling lockdowns.

After two years of solo practice, Nabilah feels fortunate to be involved in such a collaborative show, alongside fellow artists Jason Phu, Veisinia Tonga, James Nguyen, and producer, Lana Nguyen.

“It feels good to be making something together that feels celebratory, theatrical and full of energy,” she says.

In the lead up to the festival, Nabilah has expanded her practice - moving away from traditionally static sculptural forms to performative sculptural costumes that will adorn a parade of bodies in her forthcoming show.

“I’ve been playing in the studio, trying different things on, learning how to sew, and how to combine a range of materials into something that feels extravagant and wild. For me, the idea of Parade for the Moon means something fantastical; burst of colour pops, drama and connection with each other." 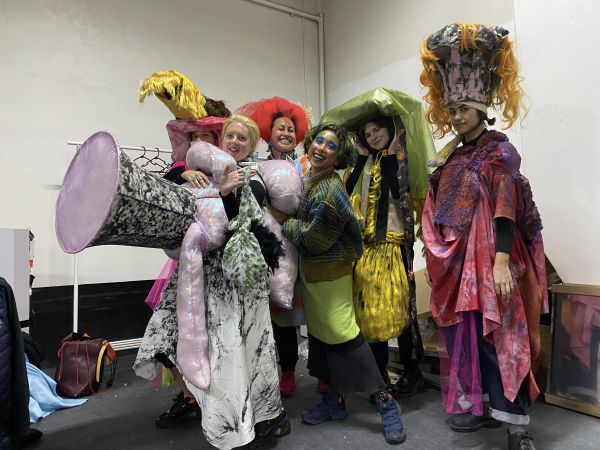 Nabilah’s project for RISING is symbolic of her broader practice, which at its heart is experimental, spontaneous and imaginative.

“I like things to always be at the edge,” she says.

“I like it when things don't fully make sense and are not one thing, or another thing, but maybe both, and more. I need my work to be in a state of slipperiness - in meaning, form and materiality.”

Also key to Nabilah’s practice is an innate desire to playfully push at the boundaries of sculpture and its possibilities: “I’m always looking to expand my sculptural vocabulary,” she says, “because it’s the only way something unexpected or new can appear.” 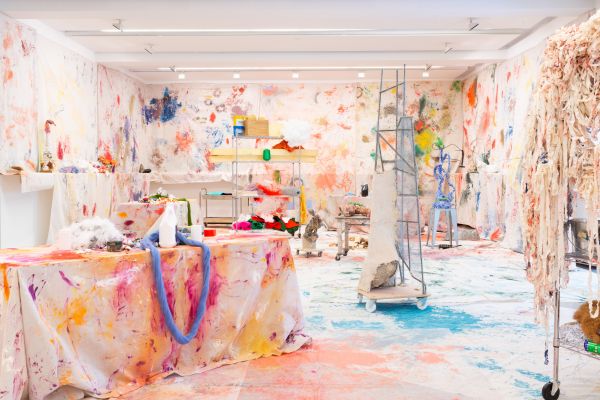 Nabilah’s inherent inquisitiveness, matched by her desire to create from a space of unfamiliarity led her to the Masters of Contemporary Art (MCA) at the VCA.

“I decided to do the Masters of Contemporary Art because I wanted to go deeper into my practice. I wanted to challenge myself and understand more about what art can do and what it can be.”

“It was a space where I could ask hard questions around art, life and what kind of artist I wanted to become.”

“The MCA connected me with incredible lecturers and other artists who nurtured, supported and challenged me in ways that still impact me today. I developed professionally, personally and made connections with artists who are now part of my community.”

During her time at the VCA, Nabilah learnt that to be an artist means “taking on a nonsensical, non-linear, impractical career that is constantly about resisting structures and creating what you want through hard work and determination.” 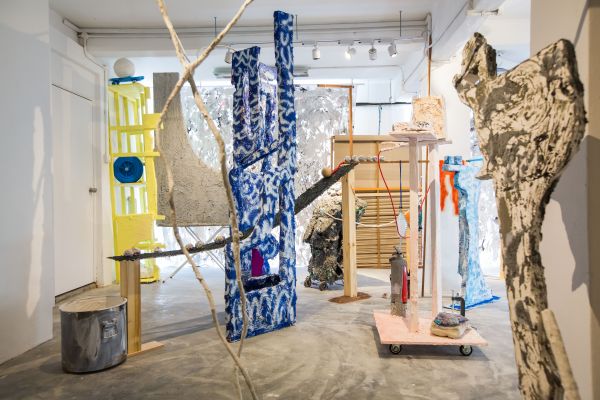 Of the many lessons learnt during her professional career, Nabilah has come to see sustainability, self-preservation and support as being key to a stable and thriving career in the arts.

“I personally dedicate a lot of time to future planning and thinking strategically about how I can best serve what my works need from me. I always prioritise what my art practice requires and spend a lot of time pushing for it,” she says.

“It is necessary to make sacrifices.”

“Being an artist is not a side job or a hobby, although of course artists very regularly need other jobs to support their practice. It’s a full dedication of the body and mind to a lifelong pursuit of questioning, imagining, making and sharing.”

You can view Nabilah’s latest work in Parade for the Moon as part of the RISING festival from Wednesday 1 June to Sunday 12 June. Get your tickets today.

Cycles of construction and destruction characterise her studio process. Nordin ‘unlearns’ correct methods and techniques to maintain a state of conscious naïveté. She amplifies sculptural scraps and off-cuts, transforming them into parodies of monumental artefacts. They speak of unbridled ambition and impossible physical challenges. Her ever-expanding sculptural vocabulary strives for the slimy, slopping, seeping, slippery seduction of sensuous surfaces. Forms topple and collapse upon themselves in a nonsensical cacophony of ridiculous attempts to make sculpture.  Nordin’s studio process draws on 'domestic' activities such as cooking, DIY construction, makeshift architecture or interior decoration, to conjure absurd monuments and amorphous environments.