The Time It Takes: giving voice to those who stutter

VCA filmmaker Sarah Marcuson is about to see her documentary, The Time It Takes, featured on the Melbourne International Film Festival's digital platform MIFF Play. The documentary follows a group of young Australians who stutter as they take part in a 10-week performing arts program to create a unique theatre piece which they’ll perform for family and friends.

When searching for a story for her graduating documentary film, Marcuson originally planned to explore Melbourne’s slam poetry scene. Having moved from Perth to Melbourne in 2016, she quickly became hooked by the art form which seemed to be not only therapeutic, but to be reflective of the artists’ identities and personal journeys.

Early on in her research, however, she stumbled across not-for-profit SAY: Australia.

SAY: Australia (The Stuttering Association for the Young Australia) runs a series of free programs which use the arts to ‘unlock’ confidence and self-expression in young people who stutter.

Directed by Rich Stephens – a person who has stuttered since the age of four – these educational arts programs address the physical, social and emotional impacts of stuttering.

“Young people who stutter are often ignored, not understood, isolated, shamed, embarrassed, and lonely as a result of experiencing negative mis-preconceptions and bullying from non-stuttering adults and peers,” Stephens says.

It’s not surprising that these negative experiences can often have severe adverse effects on mental health.

“And yet, despite this knowledge, Australian stuttering interventions continue to predominantly focus on fluency, and the psychosocial effects of stuttering are rarely addressed,” he says.

SAY: Australia is different. Its focus is not on ‘fixing’ stutters through speech therapy; it’s on providing a safe community of acceptance, encouragement, creativity and deep listening.

This is where, often for the first time, young people hear the message that ‘it’s really ok to stutter’.

“People who stutter do not need to be 'fixed',” says Stephens. “They are not 'broken'. They are truly amazing and wonderful exactly how they are.” 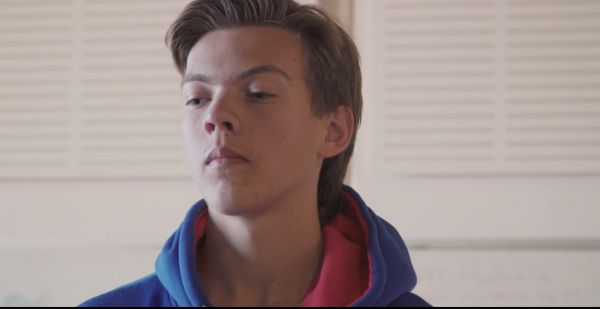 One phone call was all it took for Marcuson to change direction – drawn not only to the sense of community and connection at the heart of SAY: Australia, but to the attitude of non-victimisation.

“In my initial phone call with Rich, I was pretty taken aback by the nature of the conversation,” she recalls. “He was the first person I had remembered speaking to with a stutter as an adult, and I found that it was the most patient conversation I had ever had. Often, I think we work fast – who will speak next in a group, who gets to say their opinion before another. I found the opposite of that with Rich, and he showed me a better way to converse with someone – through actually listening.”

At times, The Time It Takes is not easy to watch – but it’s not meant to be.

“I was adamant that I didn't want to edit the stutters at all. I didn't want to make the process of watching this documentary 'easier',” says Marcuson. “The whole point is to wholeheartedly listen, and to not worry about how long it takes to do so.”

Having never worked on something long-form and observational before, she says that this documentary is the most challenging piece she’s worked on in her career so far.

Building strong relationships through the process was key, and with a small, close crew, Marcuson was able to focus on understanding the two main participants in the film – and to gain their trust.

The story that unfolds throughout the documentary is beautiful to watch.

From the hesitancy and reserve of the participants through those initial ice-breaking activities (“take a step forward if you’ve never met another person with a stutter”, says Stephens, “take a step forward if anybody has ever finished your sentence for you”) to laughing and performing on stage at the VCA’s Performing Arts Theatre – “it was pretty telling of the importance of this organisation”, says Marcuson. 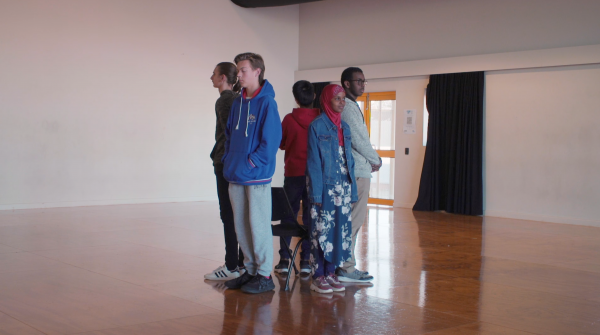 “They just needed a welcoming place where they could truly be themselves,” she says. “I was amazed at how these kids slowly came out of their shells over the 10-week period I was with them. I felt a real sense of connection through this – of seeing people feeling empowered, and able to be authentic, without being reminded of how they were 'different'.”

Stephens hopes that the film will resonate both with those who stutter and those who don’t.

“I hope that for any young people who watch the film, they realise that they’re not alone, and that having a stutter does not have to limit their dreams”, he says.

For those who don’t stutter, he hopes that the film will provide an insight into the true nature and experiences of stuttering, so that everyone “learns to treat those who stutter with more compassion, patience and understanding”.

And what does Marcuson want us to take away from The Time It Takes?

“The process of this documentary reminded me that we move fast”, she says. “Of course, I want people to be aware of SAY: Australia, but on a bigger scale, I would love for people to consider their perceptions of time. The value of really listening – not just hearing, but listening – is something that has stayed with me. I think every person could benefit from this.”

The Time It Takes will stream free on MIFF Play, alongside other VCA graduating films, from 21 February – 6 March.

Find out more about SAY: Australia