Vale Kate Daw, a shining light for all who knew her

Dr Kate Daw, Head of VCA Art and much-loved friend, colleague and artist, passed away in the early hours of Monday morning. Here, Jon Cattapan remembers her life and incredible contribution to art and artists everywhere.

By Jon Cattapan, Professor of Visual Arts, University of Melbourne

Kate Daw was born in Esperance, Western Australia, in 1965 and grew up in Perth. She arrived in Melbourne in 1987 to undertake her undergraduate studies at the Victorian College of the Arts, majoring in Painting. She followed that with a masters degree from RMIT, supervised by Peter Cripps and Robert Owen, and then returned to the VCA to pursue a PhD, supervised by Louise Adler and Norbert Loeffler, examining the role of narrative in art. In between, as a prescient acknowledgement of Kate’s deep talent, she was awarded a prestigious Samstag Scholarship.

The Samstag allowed Kate to spend a significant period at the Glasgow School of Art, whose curriculum and staff further honed her thinking around art’s social purpose. Kate returned from Glasgow and settled in Melbourne with her Glaswegian life partner, Robert Hassan, establishing a family and home in the suburb of Newport.

We think of Kate as a quintessential Melbourne art-world figure and a significant artist of her generation. She was an artist who believed very much in giving at all levels – it is of little surprise that social media has lit up with fellow artists, curators and ex-students offering tribute to her innate kindness, her deep curiosity and her ability to inspire others, and her creative explorations of working for community good. 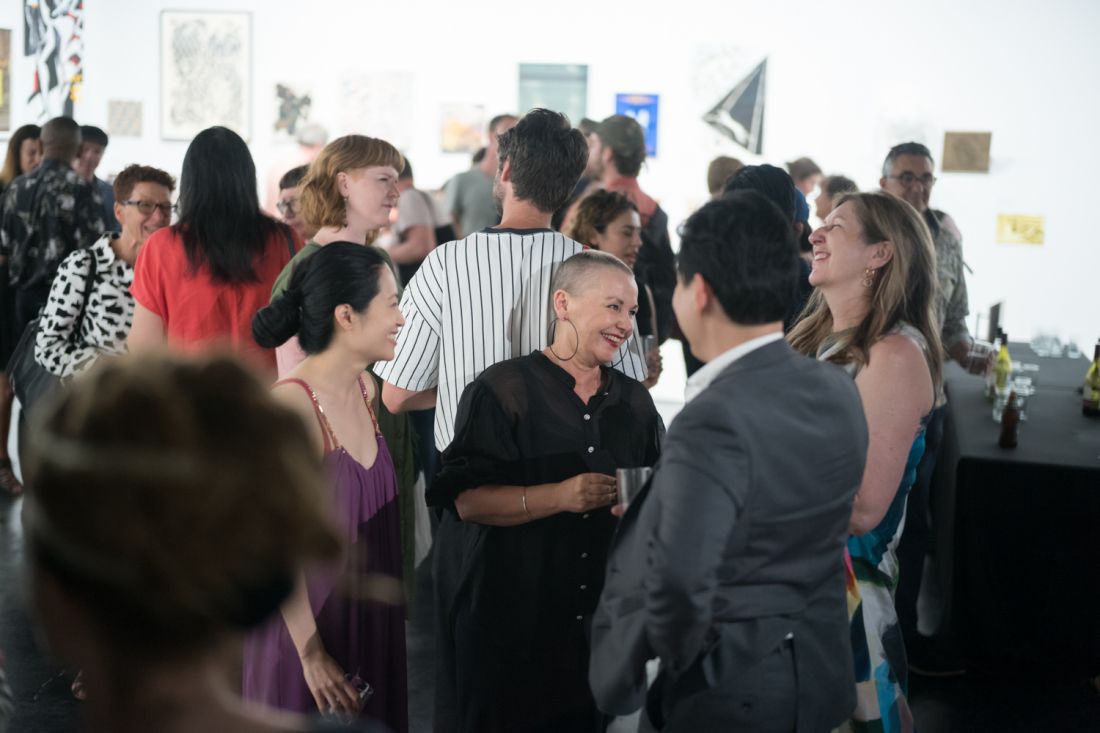 Kate’s multidisciplinary feminist practice included painting, sculpting, writing and curating, and she also made permanent public artworks with her long-time artistic collaborator Stewart Russell, including Civil Twilight in Docklands, established her as part of Melbourne’s art lexicon. Her works have been shown extensively since 1992, both nationally and internationally, and have also been included in important curated exhibitions, including the Sydney Biennale in 2014.

In 2006, a major survey of Kate’s work – The Between Space – was held at the Art Gallery of Western Australia .

During her undergraduate study and immediately after, Kate met and mixed with a core group of young avant-garde artists such as Callum Morton, Kathy Temin and the dancer Phillip Adams. She became part of a new interdisciplinary dialogue within art practice in Melbourne that led to her having a show with the important Store 5 group in 1993. 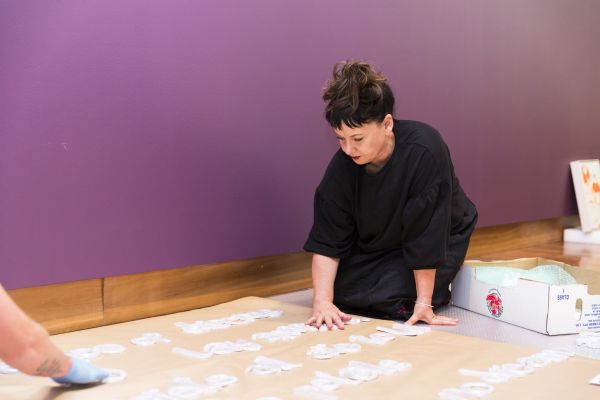 At that time, she also became a part of Support Women Image Makers (SWIM). Those early contacts grew into a deep, ever-expanding community that included diverse, cutting-edge artists and influential thinkers. She took great joy in being in the cut and thrust of ideas and was ambitious as a feminist artist to push her visuality into a delicately balanced exploration of womanhood, friendship and the intense relationship to her younger sister, the dancer and choreographer Josie Daw, who passed away tragically only last year. 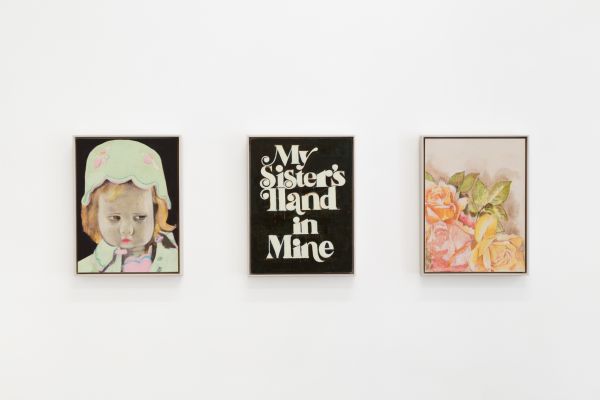 Kate was one of the most effective and enthusiastic communicators you could ever meet, and so it was only natural that she would find her way to teaching, beginning in 1999 as a sessional lecturer at the VCA. In this, Kate’s greatest attribute – her boundless humanity – saw her leave no stone unturned in creating, from scratch, programs that were vested in pathways into tertiary education for those less fortunate or those who were late bloomers.

She was appointed as the Head of VCA Art in 2018 and concurrently served in that year as Associate Director of Programs and Partnerships, a role that was tailor-made for her extraordinary outreach instincts. Her vision for VCA Art, published in 2018, tells us everything we need to know about the values Kate held dear and which, in so many ways, are synonymous with those of VCA Art. 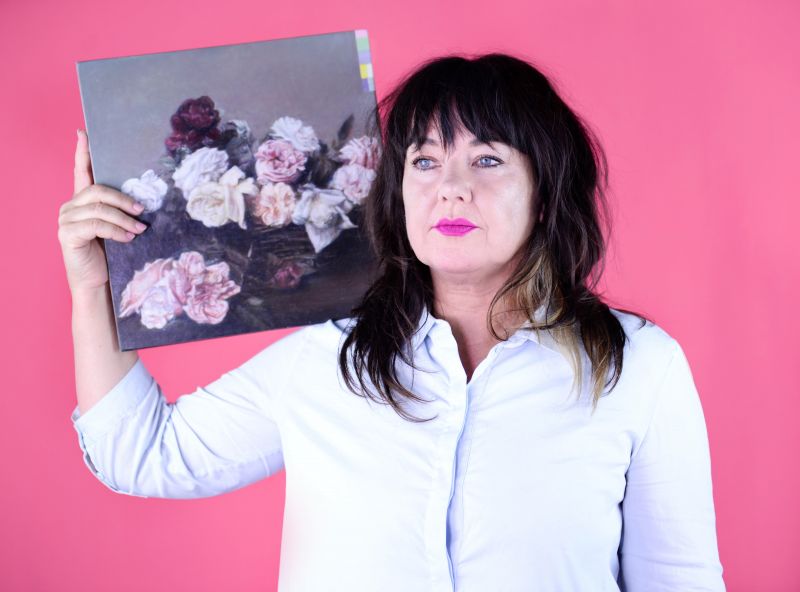 Kate was without doubt an unstinting and energetic helper and enabler, and so it was also natural that she would be called upon frequently to be on boards and committees, including an important period on the Australia Council’s Arts and Crafts Board from 2011 to 2013.

In all of this, Kate was a true all-round influencer. She knew how to connect ideas and people and this special skill was instrumental in her work developing and mentoring the next generation of artists. She taught them to think deeply about how and why art can engage socially and politically and still be a personal and aesthetic undertaking. She allowed them to have fun with their ideas. 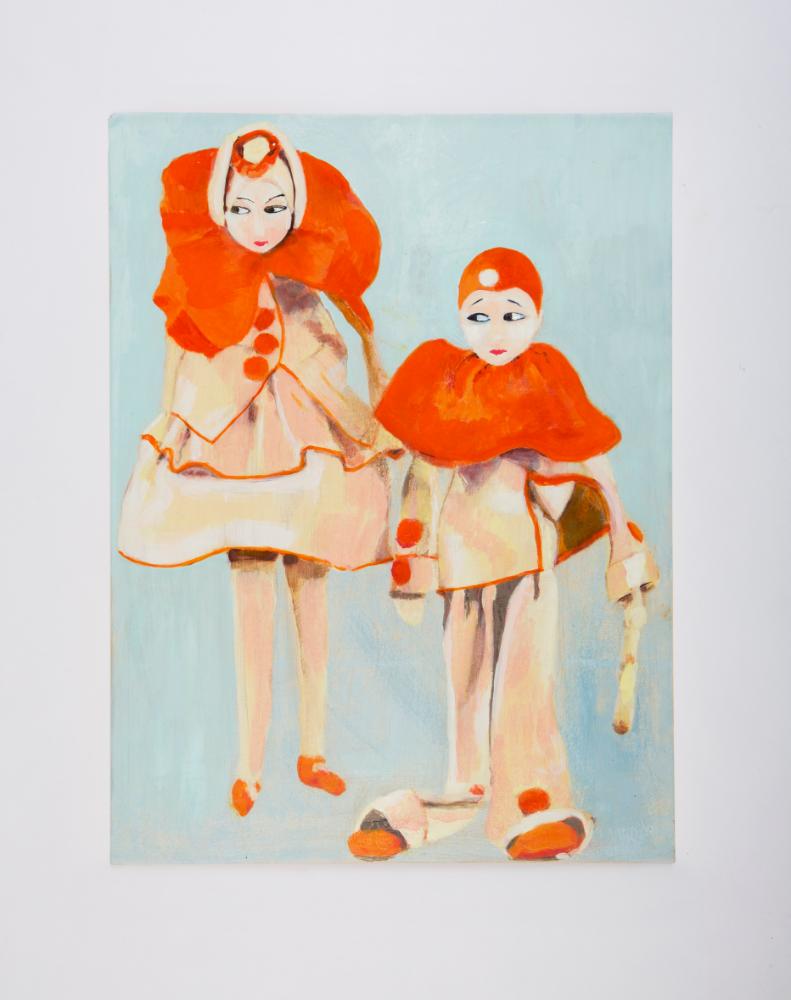 Many things about Kate Daw are being communicated via Facebook and Instagram right now. And many more things will be written about her great warmth and kindness, her generosity and grace as an artist and teacher, and of course her own art which, incredibly, she continued to make into her last days. There is a constant theme in what is being conveyed – that we were blessed in our community to know this radiant and spirited soul who believed unquestionably that all of us, with a little help, were capable of great things. She was small in stature but she was, for all who knew her, a great big shining light. 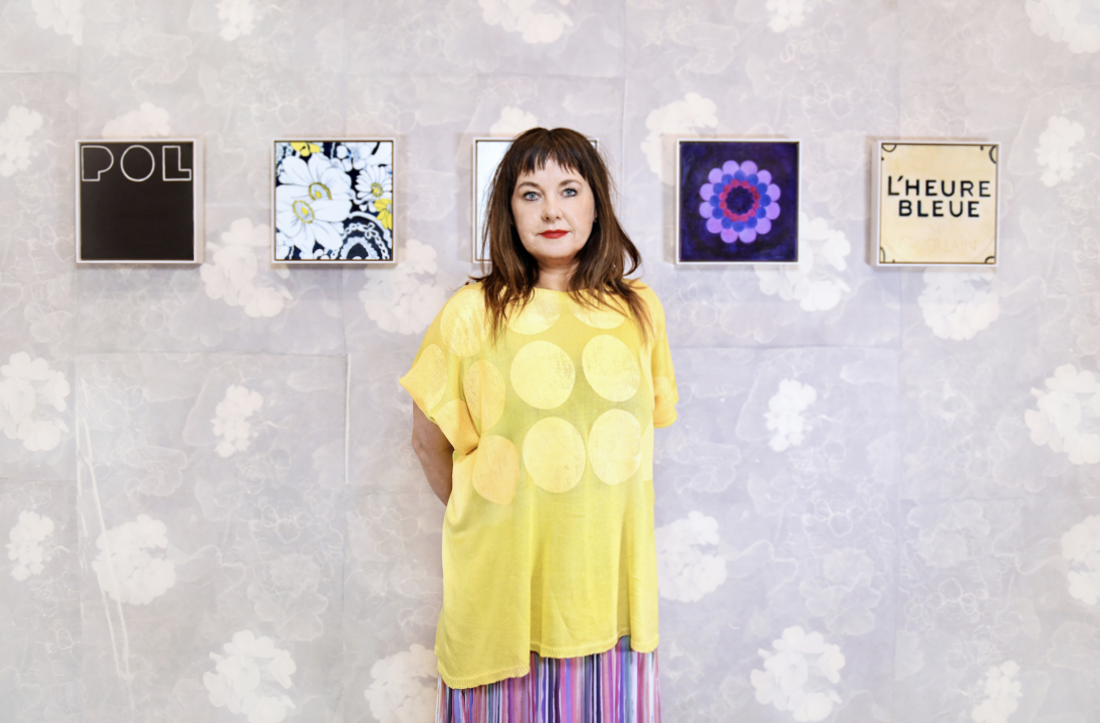 Kate Daw passed away in the early hours of Monday morning. She is survived by her husband Robert Hassan and her two children, Theo and Camille.