Vanitas: a modern reflection on death and its depiction in art

A crumbling window display of flowers triggered an idea about the development of Vanitas. Blurring documentary with fiction, Vanitas is “a reflective thriller about life’s great mystery: death.” Experienced through the medium of a smartphone app, users can embark on a self-guided walk through selected cemeteries. Alone. 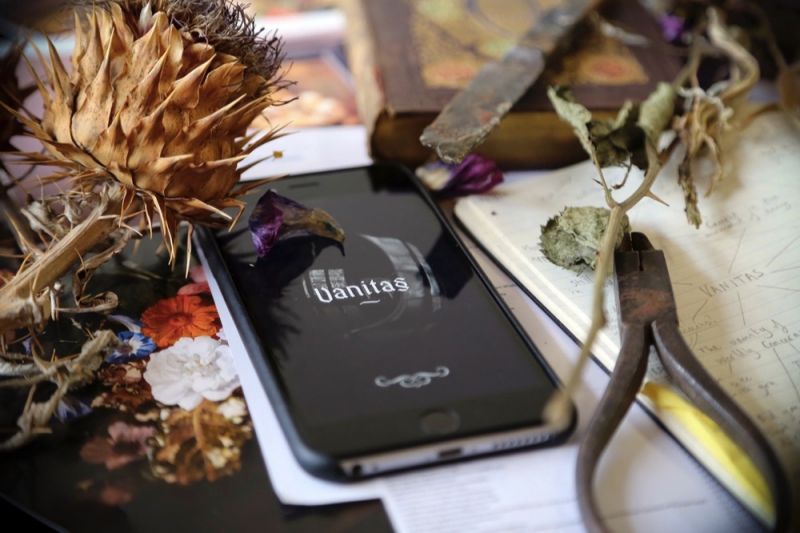 It started with an artist’s keen imagination, an eye for decay and a scene that unfolded over several months. Robert Walton, a lecturer in theatre at the Victorian College of the Arts in the Faculty of Fine Arts and Music, noticed a once-vibrant florist’s shop had closed its doors. Inside, the scene was undisturbed and walking past nobody would give it a second thought. As the days turned to months, Walton developed a fascination with the window display. Seasonal and perennial flowers that were once vibrant faded a little, then a lot as the store remained undisturbed. Finally, they wilted and became stiff with neglect, petals strewn and crisp around the stems and stalks. Where once there was life, there was now an unremarkable shade of abandonment.

The longer the shop remained closed, the more detail Walton noticed in its botanical life cycle. By the time it reached it’s demise, the display had taken on a life of its own. From this scene an idea was developed, culminating in in a unique project that is “part documentary, part fantasy.”

Vanitas is the Latin for vanity, and in art it refers to a genre of still-life painting that flourished in the Netherlands in the early 17th century. A vanitas painting portrays collections of objects symbolic of the certainty of death.

Vanitas is also the name of the beautifully strange interactive app designed by Walton and colleagues. It guides the user through selected cemeteries, including Melbourne General Cemetery. The experience is designed to provoke reflection on the nature of death and to “meditate on those who came before us,” he says. 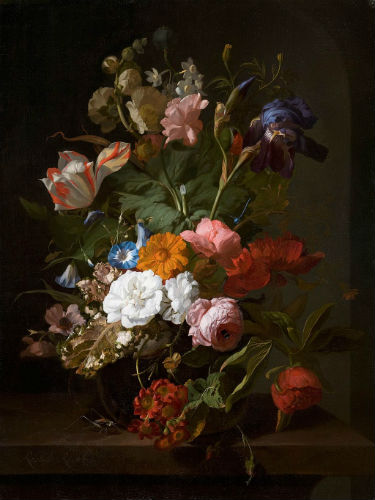 The team was inspired by a painting from 1700 by Dutch artist Rachel Ruysch whose floral vanitas depict flowers just passing their prime “on the cusp of wilting and decaying.” The power of her vanitas art, like the work of artists of the same era and genre, lies in its contemplation of death.

The experience of the app is based on the painting itself. Each flower represents an episode in the story, told through remixed audio fragments taken from interviews with a variety of florists, botanical artists, painters, crematorium operators, cemetery groundsmen, museum curators, horticulturalists, herbalists, cemetery historians and flower market workers.

The first six episodes search for clues “hidden in plain sight” within Ruysch’s 300-year-old painting and is free to download and experience worldwide.

A new project underway will capture a message to future generations from Victorians through image and audio portraits. Walton’s The Child of Now, will be an “interactive live and augmented reality spectacle”. Supported by Arts Centre Melbourne and feasibility grants from Creative Victoria and the City of Melbourne, the faces, gestures and hopes for the future of 14,400 Victorians will be transformed into a 144-metre tall being. The Child of Now will inhabit the city for 10 days, connecting participants with an imagined ‘future Melbourne’ 100 years into the future.

The poignancy of vanitas images is their deliberate reminder that death is inevitable. Now, more than ever in our cluttered, modern world, vanitas serves as a reminder that the inanimate collections we amass will outlive us. The transience of life, the permanence of death and the central mystery of being is a theme that is carried throughout Walton’s work.

Chapter 1 of Vanitas (70 minutes made up of 6 episodes) can be downloaded now and listened to anywhere.

Vanitas: an app to die for

Walton, R. and Oliver, J. (2012). Transdisciplinary form and production: Reflections on translation, embodiment and mobility (through Alma Mater, 2011). Interference as a Strategy for Art.