Since her triumph at Denmark’s 1996 Carl Nielsen International Violin Competition, Adele Anthony has enjoyed an acclaimed and expanding international career. Performing as a soloist with orchestra and in recital, as well as being active in chamber music, Ms. Anthony’s career spans the continents of North America, Europe, Australia, India and Asia.

In addition to appearances with all six symphonies of the Australian Broadcasting Corporation, Ms. Anthony’s highlights from recent seasons have included performances with the symphony orchestras of Houston, San Diego, Seattle, Ft. Worth, and Indianapolis, as well as the Leipzig Gewandhaus Orchestra and the Orchestre Philharmonique de Radio France. Being an avid chamber music player, Ms. Anthony appears regularly at La Jolla SummerFest and Aspen Music Festival. Her wide-ranging repertoire extends from the Baroque of Bach and Vivaldi to contemporary works of Ross Edwards, Arvo Pärt and Phillip Glass.

Adele Anthony performs on an Antonio Stradivarius violin, crafted in 1728.

Robert Davidovici is acclaimed on five continents as a virtuoso who combines spectacular technique, wide-ranging repertoire and magnificent artistry with an exciting, compelling stage presence. Born in Transylvania, Rumania, Robert Davidovici began his studies with a student of David Oistrakh. Immigrating with his family to Australia in the early 1960s, he studied for three years with Robert Pikler at the Sydney Conservatorium before pursuing studies with Ivan Galamian at the Juilliard School, where, upon graduating, he became a teaching assistant to the Juilliard String Quartet.

Recent performances include the Beethoven, Tchaikovsky and Brahms Violin concerti with the Royal Philharmonic Orchestra, under Grzegorz Nowak. Also with the RPO and G. Nowak, Robert has released two CD recordings of the Beethoven and Mendelssohn concerti, Szymanowski Violin Concerto No. 2, Lutoslawski’s late  ‘Partita’, and the Kletzki Violin Concerto (1928), which Robert premiered with the American Symphony Orchestra at Lincoln Center’s Avery Fisher Hall in 2007.

He has recorded as violin soloist with the London Symphony Orchestra for Cala Records, and has released recordings on the New World Records, Centaur,  Clavier and Meistermusic labels.

The recipient of several distinguished First Prize honors, including the Naumburg Competition and the Carnegie Hall International American Music Violin Competition, Robert Davidovici has collaborated in concert with such esteemed artists as  Yo-Yo Ma, Isaac Stern, Lynn Harrell, Yefim Bronfman, Cho Liang-Lin and Emanuel Ax, among others.  Carnegie Hall has featured Robert as part of their “American Music Masters” series and he was the subject of a television special on WGBH Boston. His multifaceted career has included being Concertmaster of such orchestras as the Osaka Philharmonic, Vancouver Symphony, The Residentie Orchestra (The Hague), Cincinnati Symphony as well as the Grand Teton Music Festival, Chautauqua and Colorado Music Festival Orchestras.

In addition to his solo engagements, Robert Davidovici is Artist-in-Residence and Professor of Violin at Florida International University in Miami.

Robert Davidovici plays on a violin made by J. B. Guadagnini in 1783. 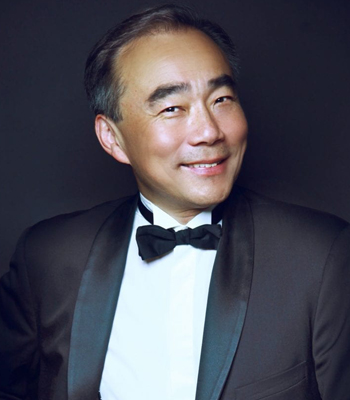 Cho-Liang Lin was born in Taiwan. A neighbor’s violin studies convinced this 5-year old boy to do the same. At the age of twelve, he moved to Sydney to further his studies with Robert Pikler, a student of the celebrated Hungarian violinist, Jenő Hubay. After playing for Itzhak Perlman in a master class, the 13-year old boy decided that he must study with Mr. Perlman’s teacher, Dorothy DeLay. At the age of fifteen, Lin travelled alone to New York and auditioned for the Juilliard School and spent the next six years working with Ms DeLay.

A concert career was launched in 1980 with Lin’s debut playing the Mendelssohn Concerto with the New York Philharmonic and Zubin Mehta. He has since performed as a soloist with virtually every major orchestra in the world. His busy schedule on stage around the world continues to this day. However, his wide-ranging interests have led him to diverse endeavours. At the age of 31, his alma mater, Juilliard School, invited Lin to become faculty. In 2006, he was appointed professor at Rice University. He was music director of La Jolla SummerFest for 18 years, and currently serves as artistic director of Beare’s Premiere Music Festival. In Hong Kong Ever so keen about education, he has recently founded the Taipei Music Academy & Festival dedicated to bring the highest level of musicians to work with young talents (www.taipeimaf.com).

Lin performs on the 1715 Stradivari named “Titian” or a 2000 Samuel Zygmuntowicz. His many concerto, recital and chamber music recordings on Sony Classical, Decca, BIS, Delos and Ondine can be heard on Spotify or Naxos.com. His albums have won Gramophone Record of The Year, Grammy nominations and Penguin Guide Rosettes. 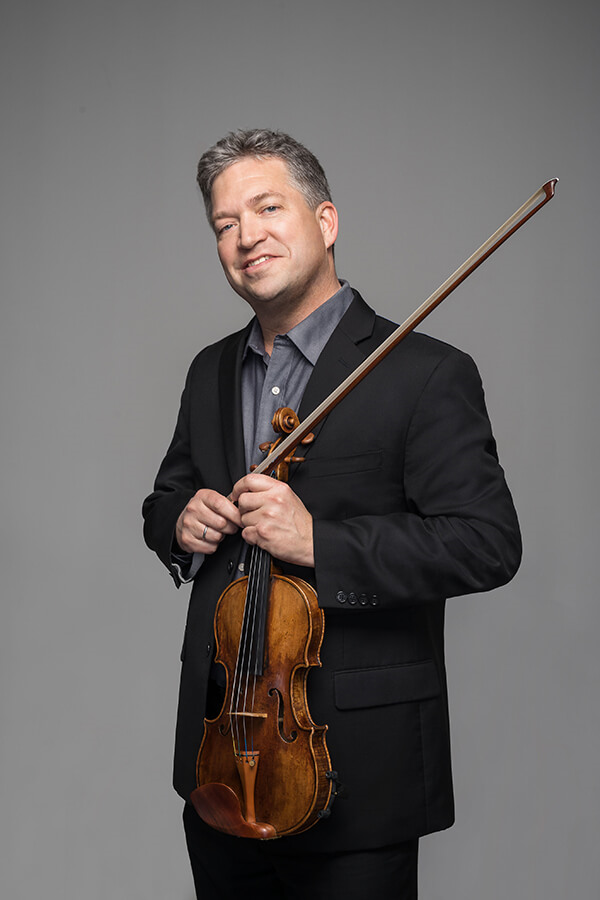 Violinist Curt Thompson serves as Associate Professor and Head of Strings at the Melbourne Conservatorium of Music. His varied career includes appearances on five continents as concerto soloist, recitalist, and chamber musician in such prestigious venues as Carnegie’s Weill Recital Hall, Salle Gaveau (Paris), Teatro Naçional de Costa Rica and Shanghai Concert Hall. He has been a featured artist in festivals in across the United States, Brazil, Colombia, Spain, and Germany.

Equally at home in orchestral settings, Curt earned his first professional position at the age of 15. He has since appeared as Concertmaster of the Spoleto Festival Orchestra [Italy], Fort Worth Symphony, Texas Chamber Orchestra and the Melbourne Symphony Orchestra by special invitation.

His CD recording of the violin sonatas by Charles Ives (Naxos) was cited in The New York Times as a “Critics’ Favorite,” where it was called “…a hole in one…perfectly demonstrating [Ives’] spicy, earthy rawness and appeal….” Regularly aired worldwide, the CD was recently named one of the all-time “Top 10 Ives Recordings” by Gramophone.

Thompson is Founder and Director of the Mimir Chamber Music Festival, which is held annually in Texas and in Melbourne and features leaders of the New York Philharmonic, Los Angeles Philharmonic, and The Cleveland Orchestra. With footprints in two hemispheres, Mimir will soon celebrate its 25th anniversary season in the USA, where it has been listed as a “Top 10 Event of the Year” by the Dallas Morning News and was called a “hotspot” for Classical music by The New York Times.  Prior teaching appointments include the Indiana University Jacobs School of Music (as the sabbatical replacement for Russian virtuoso Nelli Shkolnikova) and the TCU School of Music.

Curt Thompson performs on a violin made by Lorenzo Storioni in 1796.