Dr Gillian Howell, a Dean’s Research Fellow at the University of Melbourne's Faculty of Fine Arts and Music, is discussing multi-ethnic Kosovo. Often referred to as Europe’s youngest nation, Kosovo declared its independence from Serbia in 2008 but continues to battle for international recognition. Situated in south-east Europe, it is landlocked and bordered by Serbia, North Macedonia, Albania and Montenegro.

Conflict in the territory has, since 1999, left the city of Mitrovica divided, with an ethnic Serb majority to the north of the Ibar river and an Albanian majority to the south.

"If you grow up there as a young person you just learn not to go beyond the river," Howell says. "There are very few opportunities to meet anyone from the other side even though there are no actual barriers or checkpoints to stop you. People are always watching to see who crosses, and bridges have been flashpoints for violence in the past.

“There are a lot of social conventions at play that ensure you just ignore the fact that there’s another half of the city. And you grow up in this strangely cut-off geographical space with areas where you don’t go. A lot of energy goes into maintaining the divisions.”

More specifically, Howell and I are discussing the Mitrovica Rock School, set up in 2008 at the request of local musicians, which has gone some way to bridging the divide between Albanian and Serb communities by connecting Serb and Albanian teenagers through music. Howell is part of a team that’s researching the results of this project that combines music-based peace-building with the revitalisation of the region’s rock and alternative music scene. 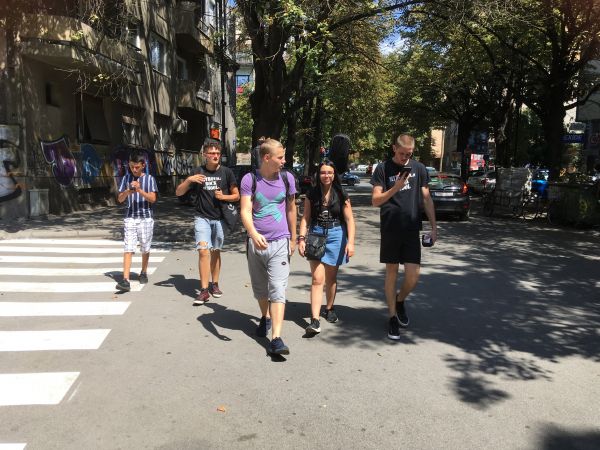 The school was started in 2008 by Netherlands-based Musicians Without Borders, an international organisation that uses music to connect communities and heal the wounds of war.

“Musicians Without Borders invited Head of Performing Arts at the Faculty of Fine Arts and Music Jane Davidson and Brydie-Leigh Bartleet from Griffith University to work with them on an evaluation of their rock school project and Jane and Brydie, knowing that I have a background in working in the Balkans, asked me to come on board as the Research Fellow.”

"They have branches of the Mitrovica Rock School on each side of the river and I’ve travelled there to see them in action. Each school enrols students on its own side, where they study vocals or a particular instrument, and form bands. A founding goal of the school was to connect young people through music and create a space where they could play freely.

"Creating mixed bands is one of the main ways they do this. Initially, the political situation made it very difficult for mixed bands to meet and rehearse in Mitrovica, so every summer they would travel into less politically charged territory, Skopje, the capital of neighbouring North Macedonia, for a week-long summer school. 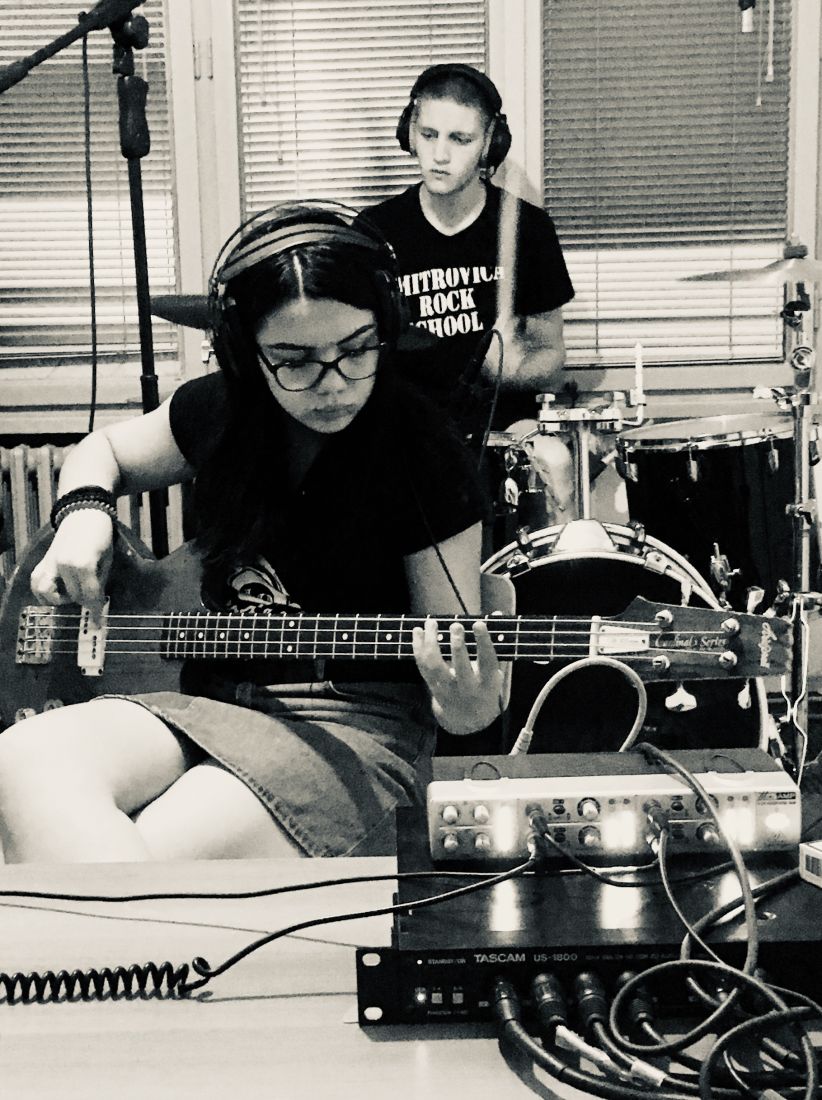 "Since 2015, it's been possible for mixed bands to rehearse in Mitrovica and now there is a lot of activity back and forth between the branches for all students, with workshops and recording studio sessions as well as band rehearsals. But the annual Summer School in Skopje is still a real highpoint of each year. Lots of the young people I spoke with described how their week in Skopje offers an experience of freedom that is very different to everyday life in Mitrovica.”

“Band members communicate with each other in English because bilingualism between Serbian and Albanian is so rare these days. Band coaches from the Netherlands, Mitrovica and Skopje work with them and by the end of the week they will have written at least one original song, recorded it, had a photoshoot and performed in a gig at a local club. These days the Skopje summer school has expanded to include two rock schools from North Macedonia as well.”

Howell’s enthusiasm for the project is evident, though COVID-related travel restrictions have put a halt to further on-ground research for now. “We’re completing the second round of fieldwork online over the next two months,” she says. “Online spaces like social media were already sites of informal connection for the mixed bands, so I’m curious to see how band members will describe their experiences with all the restrictions that COVID has imposed.

“It’s fantastic that this initiative allows the students distance from the stress of constantly being identified by their ethnic identity, and to be able to make friends and have the opportunity to work in a cooperative and creative environment with people they’ve been told to fear. Though it still has connections with Musicians Without Borders, the rock school runs as an independent local NGO now and it has local staff drawn from both sides to make nuanced decisions on what is safe and what the political climate could currently allow.” 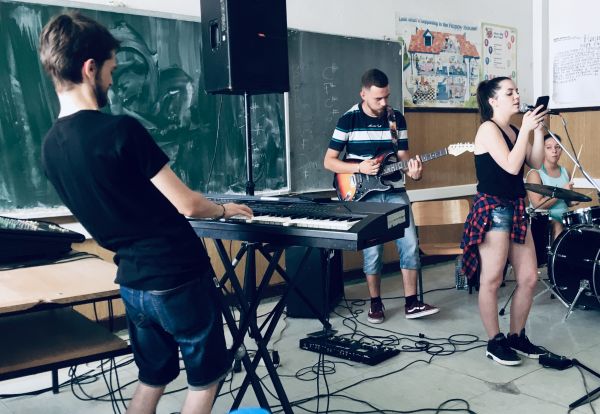 As a musician and researcher, Howell’s career began with an undergraduate degree at the Victorian College of the Arts as a clarinettist. A scholarship led her to Hungary, followed by a stint in London to enlist in a program at the Guildhall School of Music and Drama.

“At the time they had this innovative postgraduate program called ‘Performance and Communication skills’,” she says. “It was for performers and composers and was focused on improvisation, composition and group devising, and we created new collaborative works in community settings with people of all ages and musical backgrounds.”

Howell worked as a musician-in-residence in a number of schools in London, some with high numbers of students with refugee backgrounds owing to upheavals in the Balkans at that time. In 1998 she ended up going to work in Bosnia for a year.

“That was the pivotal moment that brought me to the research I’m doing now. A UK charity called War Child had just opened up this community music centre that was paid for with funds raised by stars of the global music scene, like Brian Eno, U2, and Luciano Pavarotti. They named the centre the Pavarotti Music Centre in recognition of Pavarotti’s huge financial support.

"The music centre was in a city called Mostar that’d been devastated during the war, and was left ethnically divided much like Mitrovica. I worked with a team of musicians going out to schools and kindergartens and refugee camps.

“We ran workshops that shared songs from around the world, led songwriting and got young people playing and making instruments. It was creative music-making used for healing and connection, in recognition that everyone was so traumatised by the war. We had trainee teachers and musicians from the local community, even former soldiers working with us. It was in this extreme context where all the work that I’d been doing in the UK fell into place.

"I saw for myself people’s hunger for musical expression, and how music could be used to open and transform space, create connections and offer an alternative social world.”