Compose Queer is an initiative that empowers young queer composers and was conceived by vocal consort the Divisi Chamber Singers, a talented group of musicians who met and formed at the Melbourne Conservatorium of Music.

The Divisi Singers are a youth-led, not-for-profit organisation with a strong interest in elevating LGBTQ+ voices. This interest, coupled with what Divisi saw as a classical musical landscape with little opportunity for queer composers to express themselves at the professional level, is what led them to develop the Compose Queer program.

At its heart, Compose Queer is a professional development program that provides paid opportunities to queer composers with the aim of bringing these voices and experiences into the mainstream of classical music.

Compose Queer launched to the public in 2021 with the presentation of four new musical works by queer composers. Since then, the program has gone on to receive recognition and funding support from the ABC and Creative Victoria to develop new projects highlighting the voices of Australia’s most talented queer composers. Notably including a prestigious prize from the ABC’s new-music commissioning fund, which Divisi will use to commission a new song-cycle of queer love songs from Victorian College of the Arts graduate Meta Cohen.

This month, Divisi will launch their first album – Spectrum – which takes its title from composer Sally Whitwell’s suite of songs that trace the colours of the rainbow. The album features new works by a diverse spectrum of local LGBTQ+ talent including: Sally Whitwell, Robert McIntyre, Meta Cohen, Ariel Bonnell and Caerwen Martin. 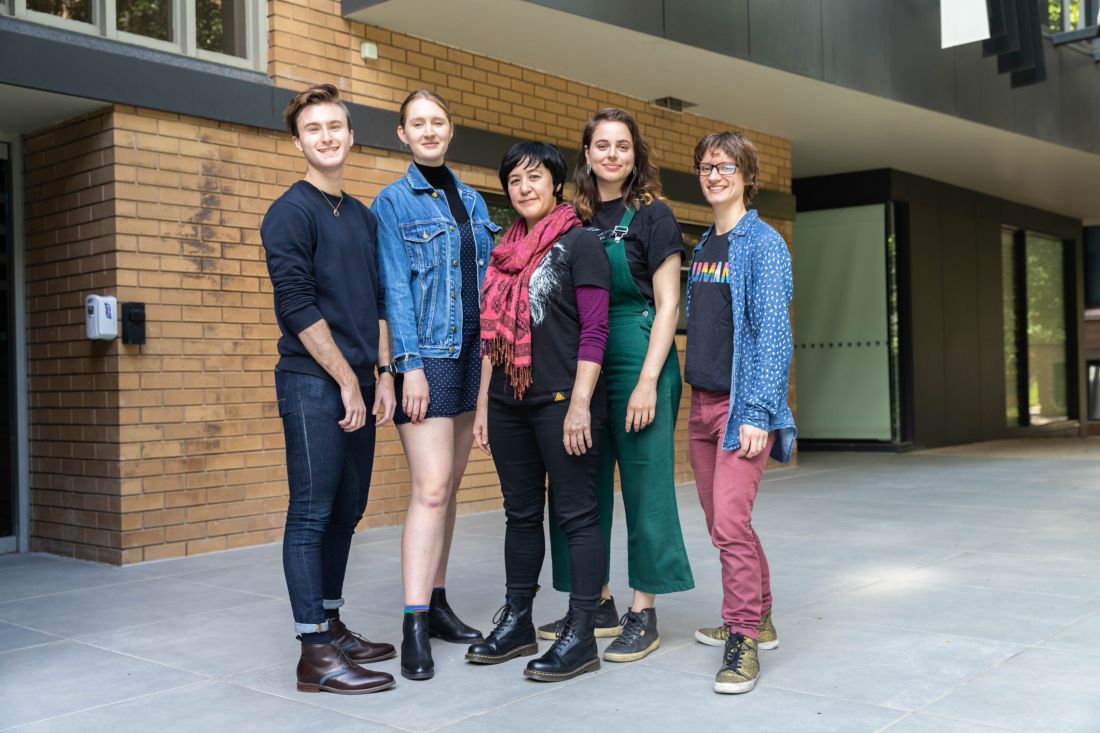 Spectrum is of powerful significance as the first Australian classical music album to feature work solely by local LGBTQ+ composers based on queer Australian texts.

Alex Gorbatov (he/him), Co-Artistic Director, sees the ethos of this work as being central to the ensemble: “We want to add as many queer stories and queer voices to classical music’s tapestry as possible.”

Alexandra Amerides (they/them), a singer in Divisi notes that “the fact that we get to document this music means we not only get to put ourselves into the cannon, but we are paying homage to all those people who didn’t have their voices heard.”

For concert pianist and lecturer at the Melbourne Conservatorium of Music, Coady Green, furthers that this is “a ground-breaking project - we have such a diverse, vibrant, colourful community; and our stories from all different aspects and corners of the community, are important to be told.”

Robert McIntyre (he/him) is a graduate of the Melbourne Conservatorium and shares his excitement to have his original composition appear on this ground-breaking album: “I am so honoured to have my work 'Syrup and Silicone' featured, especially with-it being Australia's first-ever complete album of queer classical music by local composers. Together Divisi and the pianist Coady Green achieve a musical synergy that is truly a composer's dream to be a part of.”

Spectrum will debut as part of Chamber Music Week on the 18 and 19 March at The MC Showroom with live performances of works featured on the album.