There are stories that can only be told in Auslan.

Artists Chelle Destefano and Claire Bridge have created a home for some of them in What I Wish I’d Told You, an immersive show of large-scale video projections centring Deaf voices, identity, language and culture, which is now open at the Footscray Community Arts Centre. The videos feature over seventy Deaf Auslan contributors and hearing allies from across the continent (and internationally) responding to an open callout to the prompt “What I wish I’d told you”.

Chelle is a multi-disciplinary Deaf artist whose work explores Deaf identity, history and culture. She met Claire, a hearing artist, former Auslan interpreter and grandchild of Deaf adults, while studying a Master of Contemporary Art at the VCA in 2020. They developed this exhibition together over the last two years.

“I'm hoping the exhibition helps Deaf members of the community to engage with their own story, culture and language, and the history of oppression and audism we’ve had to experience,” said Chelle when we met together with Claire and an interpreter on Zoom last week. 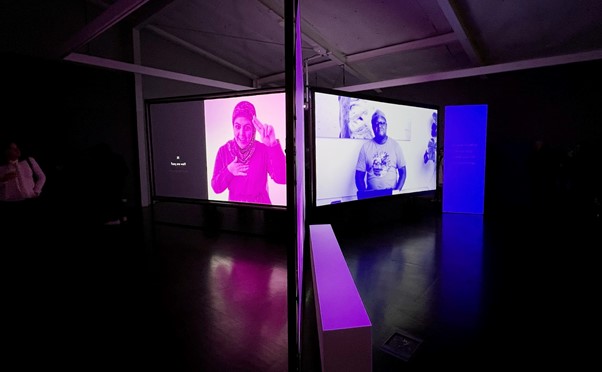 What I Wish I'd Told You represents a vast range of stories, but when the artists reviewed the submissions, common themes emerged. One, says Claire, was pride. Another was belonging.

“I might be Lebanese or Muslim or gay or trans or raised with Auslan, or oral-raised and only learned sign later, and now I'm in part of a Deaf community... so, there were a lot of things about belonging,” she said.

Many contributors share stories of their experiences dealing with audism. Audism describes the discrimination and prejudice against Deaf and Hard of Hearing people, which is both casual and systemic. It embodies the notion that hearing and spoken languages are superior to signed languages.

“There's this kind of audist erasure that's happening out and about in the community,” said Chelle.

“It's the reason we're doing this project.”

The artists want this exhibition to show how d/Deaf and Hard of Hearing people’s lives and bodies have endured audist control and colonisation.

They acknowledge firstly that First Nations sign languages flourished throughout the lands well before British arrival, and that many of these were diminished or destroyed by colonisation. When talking about audist colonisation, they recognise the historical and continuing impacts of the colonisation of First Nations people.

“And there are many parallels to be seen regarding colonisation of d/Deaf and Hard of hearing people,” said Claire.

“Audist colonisation is the domination of Deaf people and the control over and erasure of d/Deaf bodies, minds, language, culture, spaces and knowledges.”

The use of Auslan became widespread in the mid-1800s, particularly across the east coast of the continent, after teachers came from Britain and Ireland to establish Deaf schools. For a time, sign languages were prospering in these Deaf schools.

“Most Deaf kids, around 90 per cent, are born into hearing families. So, it was in these environments that Deaf people were predominantly transmitting language,” said Claire.

A Draconian era for Deaf education

Then in 1880, an International Congress on Education of the Deaf in Milan marked a new Draconian era for Deaf education.  It declared oralism superior to manual education (sign language) and passed a motion to ban the use of sign languages in schools. As a result, sign language users across the world endured forced oralism, the widespread closure of Deaf schools and clubs and in most places, a ban on the use of Auslan.

“The Milan conference was an audist approach,” says Chelle.  “It was a way of forcing people to speak so that we would assimilate to be like hearing people, and an attempt to eliminate Deaf people and sign language.” 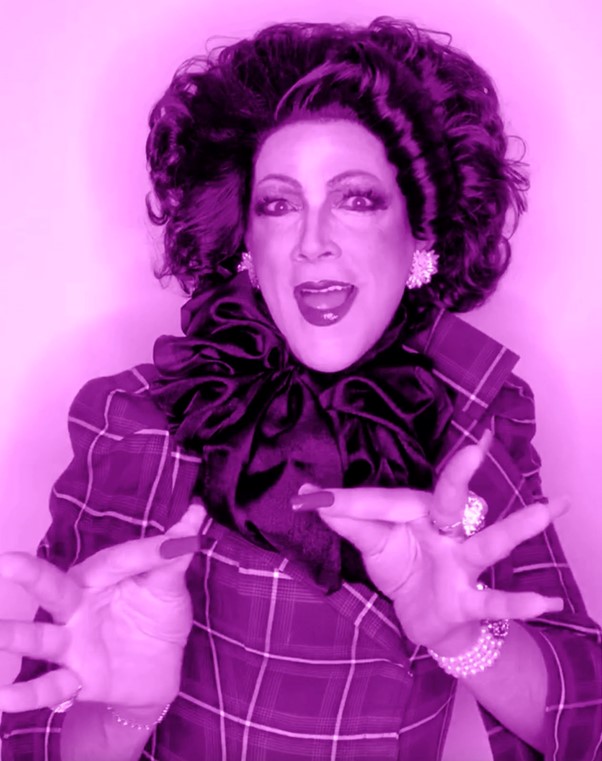 Since the Milan conference, Australian education policy has enforced the integration of Deaf children into hearing schools, and has prioritised English speaking, reading and writing above the use of Auslan.

One What I Wish I’d Told You contributor, Ramas McRae, signs a story directed towards his now-deceased grandmother. His grandmother, who was hearing, tried to stop him and his Deaf mum and uncle from signing.

“He totally reclaims his Deaf world, Deaf pride and the sign language that was taken away from them, and is talking back to her,” said Claire of Ramas’ video.

Some other facets of audist colonisation addressed in the exhibition include institutional abuse and the systematic removal of children from Deaf parents. One woman signs about being removed from her Deaf family, and adopted into a hearing one. She didn't find out until much later in life when she met her biological mother, that her biological grandparents and members of her extended family were Deaf.

“I mean, the grief associated with that — what a missed opportunity,” says Chelle.

“That she was kept away from a family that shared her language and culture. I mean, this sort of thing still happens today.” 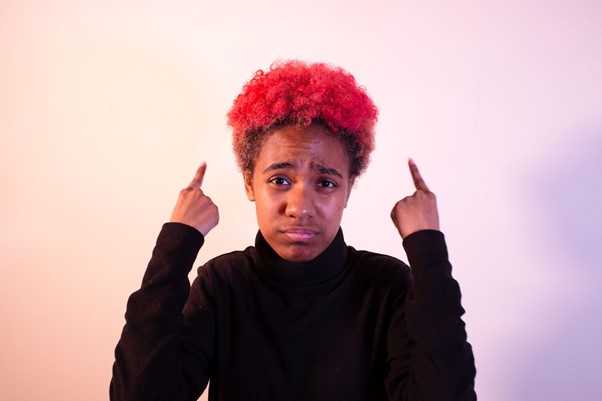 The exhibition platforms the richness of Auslan. One room houses a series of videos featuring David Grant, who is a native Auslan speaker from an intergenerational Deaf family.

“His Auslan is so deep and rich, and you just don't pick that up in the average Auslan class. This is an opportunity to encounter deep Deaf culture,” said Claire.

In this room you can learn a sign of the day, and absorb it in context. Claire emphasises the incredible storytelling capabilities of the signers featured in the exhibition.

The format of What I Wish I’d Told You is part of what makes the work so powerful. Chelle says many older Deaf people who attended the opening were reminded of the experience of being in a Deaf club.

“This form of art is a new way of telling Deaf peoples' stories, in large format, life-sized - much like when Deaf people gather at social get-togethers,” she said.

“This form of art would be relatable to Deaf people, and give hearing audiences a real experience of the Deaf community.”

The artists want to challenge the audism happening at an institutional level too, within art galleries, universities and other organisations. They would like to see more Deaf people prominent in decision making, consultation and leadership positions.

“We wanted to disrupt this and insert Deaf presences, Deaf bodies, and Deaf culture into these spaces, opening up active engagement between Deaf people and art and culture institutions,” said Claire.

“We hope the exhibition encourages people to not sit back, and not sit on what you want to say, but to actually sign it.”

You can catch What I Wish I’d Told You at the Footscray Community Art Centre until 28 August 2022. The exhibition will then tour to Hyphen in Wodonga, ArtSpace at Realm in Ringwood and Woollahra Gallery at Redleaf in Sydney for World Pride 2023.

Claire Bridge and Chelle Destefano are winners of the West Space/Footscray Community Arts Commission 2022 for What I Wish I’d Told You.