The VCA Digital Archive is a living audiovisual record of student films that date back to 1966. The articles in this series respond thematically to the depth and breadth of the collection, which will be available for research from mid-2019. Enjoy!

The films I’m looking at from the VCA Digital Archive are connected by their unique focus on character. The narratives centre on outsiders and misfits, all of whom are colourful, complicated or weird in some way. In focusing on this theme, the filmmakers have crafted interesting and captivating stories that showcase a variety of perspectives and people.

In several films, migrant stories are told in touching and impressive ways. Claudia’s Shadow (2002) by Ruth Borgobello features an Italian girl, who in her homeland has a knack for the whimsical and a gift for storytelling, which is reflected in the traditional and magical fairy tale narrative.

But her struggle in Australia is felt when her charm and talents are lost in translation, leaving Claudia without a way of connecting with people. Claudia’s heritage is suppressed by her environment; her teacher commands her to speak English, and her classmates tease her. Despite this, a promising friendship with an Italian boy, and an encounter with a fellow storyteller, open up new opportunities for Claudia and provide hope.

Gur Ilany’s film Sketchbook Samurai (2004) also details the migrant experience, while offering a commentary on Australia’s view of outsiders. Ari is forced to prove his status as an Australian, and is questioned about his appearance, before being accepted at the bar.

The viewer is then privy to Ari’s journey, in which the reality of immigration is laid bare – a difficult path that often forces people to make sacrifices, life-altering decisions, and assimilate to an established order.

This is also the topic of Amanda Walsh’s Under a Different Sun (2006), a film that documents two sisters, Kanani and Dereni, who are seeking refuge from Ethiopia, and have difficulty living within a new society, culture and system of education.

Curbing Love (2006), directed by Beth Nelsen, focuses on a gay man who explains the intolerance he faces and hatred he endures when he publicly expresses affection towards his partner. He also discusses the fear of discrimination the LGBTQI community feels. He describes how he is treated differently for his orientation, how he is made to feel as if his relationship is not valid, when all he wants is the same opportunity as others to publicly express and celebrate love. He longs for a world of acceptance and equality.

In Carousel (2005) by Rodrigo Lara, Mark is an outsider to himself and those around him. He awakes confused, disoriented and surrounded by a mysterious message. He is completely unaware of his actions of the previous days and is unable to explain himself to his girlfriend. A woman is unconscious at his side – he is full of questions, but is unable to answer them. Mark is unable to comprehend himself, and appears to be continuously ruminating. As a result of his uncertainty, he ultimately faces his greatest demon, leaving the audience with a brief psychological portrait of his character.

Joel Harmsworth’s Milk (2005) is a powerful film about a man who experiences crippling loneliness. He seems unable to form connections or stable relationships and therefore navigates his world alone. He is deeply connected to, and imagines falling in love with, the mannequins he repairs.

There appears to be some emotional resistance or avoidance in his tendency to imagine, evident in his intense feelings of grief and distress in the narrative’s climax, and the idea that he seems cursed to remain forever alone.

Welcome to Hades (2017), directed by John Gilmore, is a moving, funny, and idiosyncratic film. The main character, Mike, is a misfit and a troubled loner. He lives in a small town where he doesn’t appear to fit in. He has a unique friendship with Treacle, a girl who gives him advice and guidance.

In the film, Mike explores love with the equally weird Jules, experiences heartbreak, and escapes to the forest. Throughout it all, however, Mike remains unabashedly himself, which is refreshing and heart-warming to see. 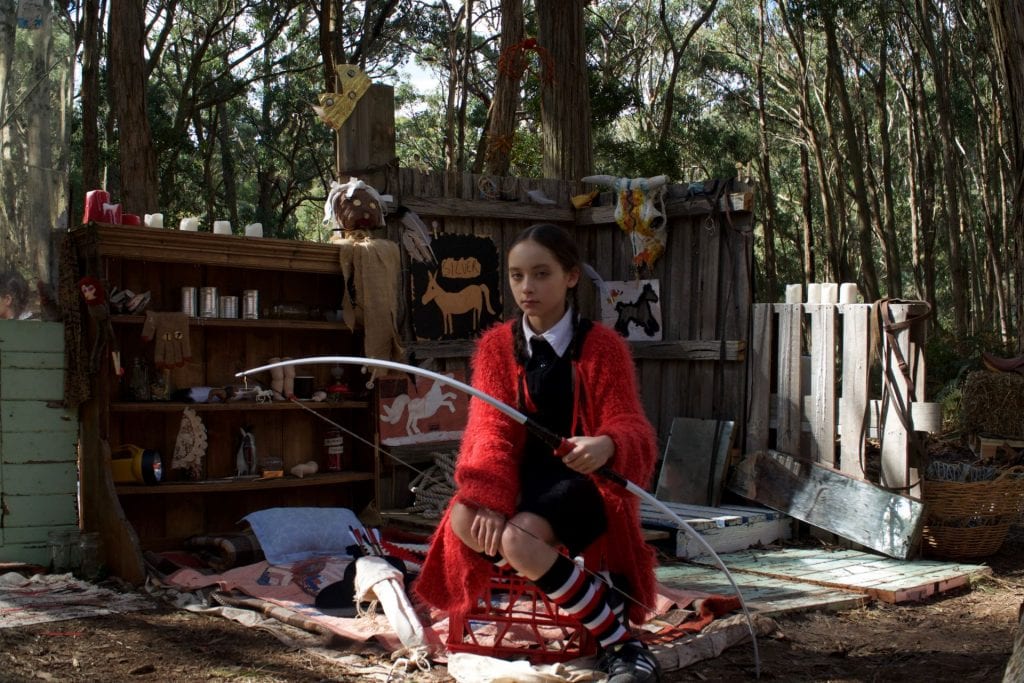 All of the films in this collection work to give their characters a voice, and strive to move beyond stereotypes, expectations and clichés to reveal the complexity and humanity that lies beneath. By placing these characters in the centre of the narrative, the spectator is challenged to expand both their knowledge and worldview. The power of these films and stories also lies in their ability to open up a space for diverse representation on Australian screens.

Jake Dell’Arciprete is a student at The University of Melbourne. He is entering his third year, and is studying Screen and Cultural Studies and Psychology. To pursue a career as a writer, Jake is planning to complete the Master of Creative Writing, Publishing and Editing. He previously had a short story published through his local library’s Young Writers Competition, which was the incentive needed to continue his love of writing. In 2018, Jake worked at the Melbourne International Film Festival, and gained insight into various aspects of the film industry.

The full collection is available for research.