Diploma in Music student Thien Pham was announced the 33rd winner of the $10,000 James Morrison Jazz Scholarship for solo instrumentalists under 19 on 8 May. The announcement was made at the biggest school jazz event in the country, Generations in Jazz in Mount Gambier, South Australia.

Thien is studying a Bachelor of Science concurrently with a Diploma in Music at the Melbourne Conservatorium of Music, where he studies the trumpet. He raced straight from his Physics exam to the airport to attend the event, where he competed against the six other finalists for the title.

“I didn't really go in with intention to win, because of the  high calibre of the musicians around me,” he said.

For COVID reasons, not all schools that are usually in attendance made it to the event this year, which sometimes hosts 5000 students, but according to Thien, that didn’t detract from the atmosphere.

“In non-COVID times, [Generations in Jazz] presents a huge range of international and Australian artists to play. For high school music students it’s often the highlight of their year.”

Over the three day festival, contestants rehearsed and performed solo and with backing bands, watched performances including a band of past finalists, and attended a gala concert. At the gala event, the vocal finalists sang together and the instrumental finalists played together, and the scholarship winners were announced. 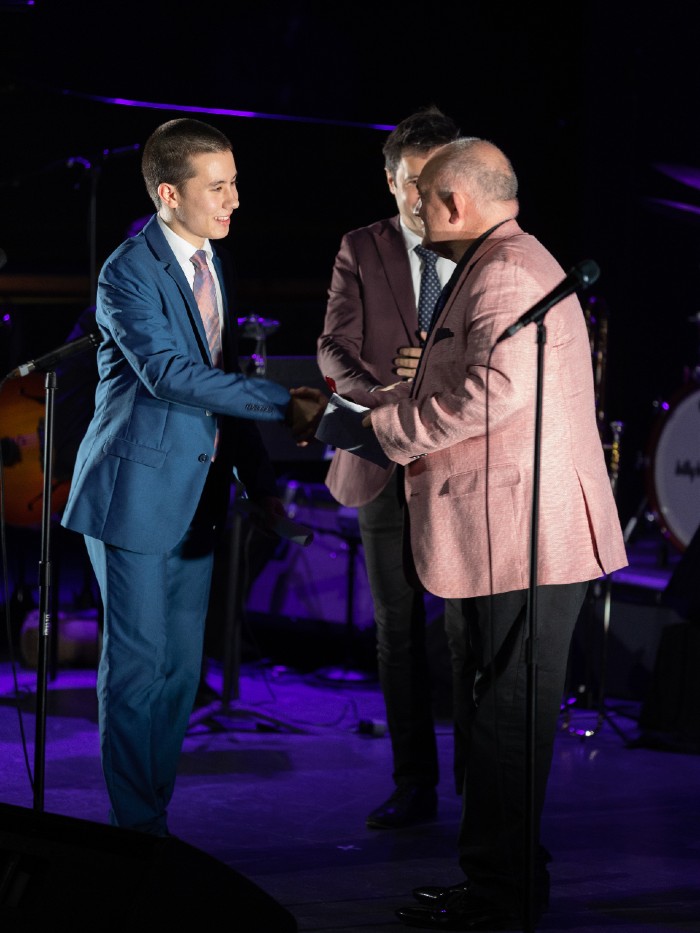 Thien started playing flute at four and picked up the trumpet from about eight. He has received many accolades for trumpet. He is the previous winner of the Monash Emerging Jazz Performer Prize, the Outstanding Improviser Award at the Victorian All-States Jazz Championships and was a featured young artist in the inaugural Dingo Australian Jazz Journal. Thien is also the recipient of a Chancellor's Scholarship to the University of Melbourne.

He said it is a great honour to have won this prize from world-renowned musician and trumpeter James Morrison AM, who was on the adjudication panel. James Morrison has additionally invited Thien to play in his big band later this year at Hamer Hall.

That is not all Thien has to look forward to this year. With the help of the Australian Art Orchestra Mentorship Program, Thien has been working and gigging with didgeridoo player Amos Roach, and has been invited to play with the Australian Pops Orchestra.

Though he is doing one subject of a Diploma per semester and three subjects of a science degree, he says he spends as much time on music as science.

“Last semester I ended up spending the same or if not more time at the Con than I did doing my science degree, because of all the ensembles.”

He juggles his full-time study load and two jobs with playing in three ensembles: the University of Melbourne Symphony Orchestra, Wind Symphony and Big Band.

He said the prize money from the James Morrison Jazz Scholarship will go towards jazz lessons.

Find out more about Studying a Diploma in Music at the Melbourne Conservatorium of Music.