“I'm here, I'm proud and I know what I'm doing”: Third-year student and Mununjali man Nicholas Currie on his journey into painting, and his relationship with the Wilin Centre

So says Nicholas Currie, a descendant of the Mununjali clan of Yugambeh people of Brisbane, Beaudesert and Logan River, currently in his third year of a Bachelor of Fine Arts (Visual Art) at the Victorian College of the Arts.

“So river mob. Living on Wurundjeri Country,” he says.

Nick grew up on Larrakia Country, around Darwin, before moving down to Wurundjeri Country at the start of high school.

Growing up he spent a lot of time painting watercolours with his Nan and making and doing woodworking with his uncles, but he never studied art formally in school. After graduating from high school he had planned to enter into carpentry, but “on a whim, I chose art.”

“My Nan cleaned the chemistry building at Parkville and my dad used to go to the [Baillieu] library and just listen to records so it was always a big thing and a big deal, I never thought I'd get here,” he says.

Nick applied for a Bachelor of Fine Arts (Visual Art), specialising in painting, in 2020 at the start of the pandemic.

He first encountered the Wilin mob during O-week.

“They were walking as a collective mob here to do a Welcome to Country with an Auntie,” says Nick.

“I saw black fellas and I was like, ‘Oh sweet, people I can talk to.’ And so I followed them, and met the other mob here.”

During his studies Wilin has been a central part of Nick’s study experience. They have assisted him to receive financial, administrational, and academic support. But the most important support has been more informal.

“I think the best thing that Wilin has done for me is the connection to other black fellas and other disciplines.”

Nick sometimes drops into the Wilin Centre between classes and has a cup of tea and a yarn on the couch.

“If I need something, even if I just want to yarn with someone, I can go in there and get a cuppa and just sit and listen.”

Directly next to Nick’s studio at the VCA, there's a small courtyard with a tree. For one of his works, Nick found some boards in a skip, dipped his feet in a tin of paint and made work by dancing on the boards, which are now on display outside his studio. 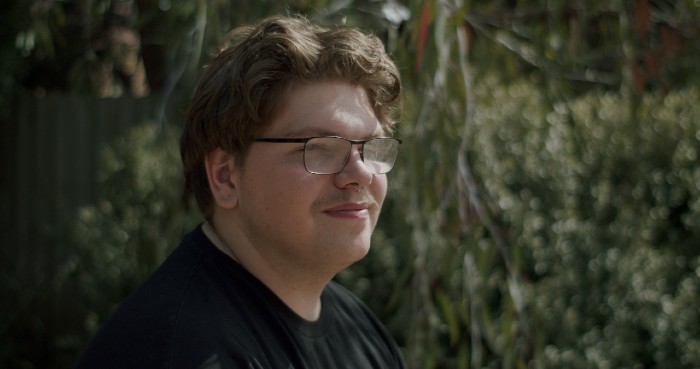 Nick is currently working on a few shows, including one at KINGS Artist-Run in West Melbourne and a pop-up residency at the Queen Victoria Market. He is also looking forward to travelling for a residency at King’s College in London where he will be involved in a workshop and cross-cultural exchange with the students and lecturers.

At the moment, his work is concerned with “decolonising Indigenous masculinity” and using natural materials to form colourful abstractions.

“I remember sitting with my Nan learning how to draw a tree properly, a white gum tree – I hadn’t been using enough purple,” Nick reflects.

“Being shown how to make a painting from a non-institutional teacher like that was really important, and I still uphold those teachings now in the institution.”

“As Aboriginal people, we have a long history of so much art and so much tradition and culture. But as well, that conversation is continuing and we're still here, we're still proud.”