"Risk-takers are so much more interesting to watch," says Bachelor of Fine Arts (Theatre) student Jane Schon. With journalism and marketing skills, Jane is looking to create a sustainable career as a performing artist with multiple income streams. Read more about Jane's experience and her plans for a creative career.

Performing had always been part of my life but I’d never had the confidence to pursue it seriously. I decided to audition back in 2015. At the time I was working in journalism in Brisbane, and was performing with independent theatre companies on the side.

I was cast in a HeartBeast theatre production and loved the collaborative nature of the company. I was inspired by the way the company was able to fund and stage its work independently, keeping a close-knit group of collaborators for each of their shows. They were also making work that I’d never been exposed to before, one based on spectacle and absurdity, mixed with classical text and site-specific staging.

I realised I could carve my own unique space in the industry just as they had and, if I wanted to make a career out of it, I needed the training. I quit my job and started casual work so I could spend the majority of my time taking classes, refining my artistic practice and preparing for theatre school auditions. I did short courses with NIDA and La Boîte, and trained for a year with Zen Zen Zo Physical Theatre. 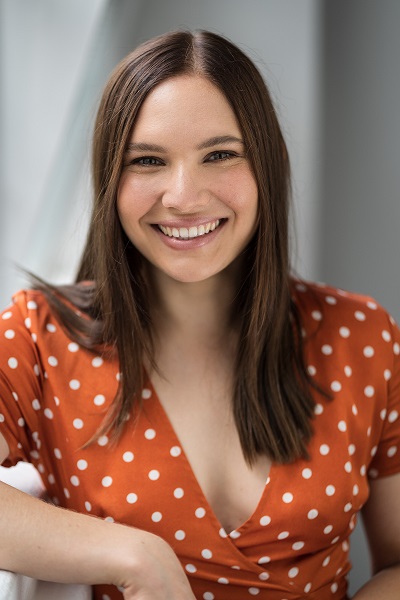 I remember reading the overview of the Bachelor of Fine Arts (BFA) Theatre course and loved the offering of one year of actor training and two years of theatre making. As I wanted to gain skills in dramaturgy, directing, collaborative practice and scenography, on top of performative skills in movement, voice and various acting techniques, the BFA in Theatre was ideal. In 2017, I auditioned and secured offers to a few institutions, but was lucky enough to be accepted into the BFA Acting and BFA Theatre courses at the VCA.

Our course is all about collaboration. We mainly collaborate with the other makers in our cohort, but on our final project, which we’re currently working on, we have been matched with a full production team – lighting, sound, set, stage management and costume – who we collaborate with weekly. We also worked with Interactive Composition and Film and TV students on smaller projects in previous years. We’re very lucky in the BFA Theatre course as we're constantly working with industry professionals. For example, our tutor for Collaborative Practice this semester is Carolyn Hanna, co-artistic director of Born in a Taxi. Our cohort has worked with Jason Maling, Roslyn Oades, Emily Tomlins, Candy Bowers, Kate Sulan, Riot Stage, John Bolton … and that’s just scratching the surface. We also have weekly speakers attending our Industry Practice subject who provide insight into the "real world", such as the Creative Director and CEO of Melbourne Fringe, Simon Abrahams, or the Creative Director of AsiaTOPA, Stephen Armstrong.

We’re also put forward for performing opportunities outside of the University from as early as first year. For example, in 2018 I performed with a small collective from VCA in Simone Forti’s work Huddle as part of the MoMA exhibition at the NGV.

I don’t believe I would be the performer or maker I am today without all the tutors and lecturers at the VCA, so It’s very difficult to single out a single mentor – a very diplomatic answer, I know, but it's true. Rinske Ginsberg and Steph Kehoe have been my closest mentors though. Steph Kehoe’s guidance has been fundamental in my growth as a maker, and as a human. In addition to her invaluable teachings in Lecoq, devising, mask work, Clown and Bouffon, Steph is also the head coordinator of the BFA theatre course, a role that she takes very seriously. Rinske Ginsberg is a legend … literally … I think she may know everyone in the Melbourne theatre scene. She has been working in the industry for more than 35 years and has a keen dramaturgical eye.

Highlights have included being awarded the Grace Marion Wilson Trust scholarship this year, which was very humbling, and was a boost I very much appreciated receiving in my final year. Also, the training we undertook with I Wayan Dibia was something I looked forward to every year. Dibia usually joined us from Bali at the beginning of each semester. He taught us the technique of Balinese dance, and Kecak chanting, which we performed as part of AsiaTOPA this year. I also loved the Balinese Mask work of Per Brahe we learnt in first year with Budi Miller (Head of Acting).

All in all, my collaborators inspire me most – the people in my cohort. The talent and love in the room is incredible. You need stamina to undertake a course like this, so when I feel like I don’t have anything left in the tank, my team are there to shake some life into me … whether it’s with a much-needed pep-talk or a hilarious Clown routine. 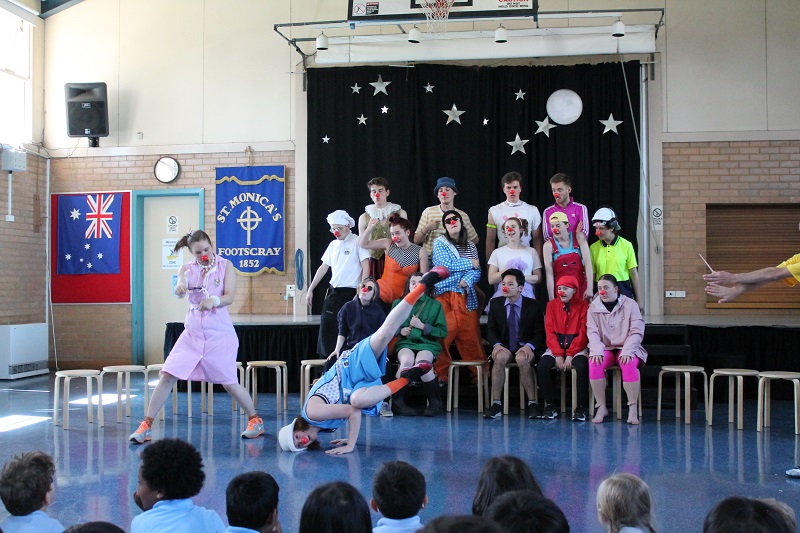 A creative career can be anything you want it to be. There’s no "right way" to do it. "Success" to me doesn’t mean "fame and fortune", but maybe it does to someone else? I think you need to decide what success means for you, then map out the career you want in a pragmatic way.

I personally plan on having multiple income streams to help support me, as I want to remove the stress of relying on my art. I plan being a theatre-maker first, but also using my other tertiary studies in Journalism and Marketing to help bolster my artistic pursuits.

I want to become a self-sustaining artist, and thanks to my studies I have a clear plan for the years following graduation. For example, my key collaborator, Michelle McCowage, and I discovered early on that we click creatively, so we’re planning on forming a creative partnership when we graduate. Step two will be finding another job to start paying off my HECS debt.