Rosalie Osman is a 2D animator with an impressive portfolio of web, film and television works, specialising in character animation. She creates short films based on early childhood memories of fairy tales and everyday observations, including her feature film, Bibliomania.

Christie Widiarto focuses on storytelling that explores the themes of cultural identity, family and nature. She specialises in combining traditional artistic techniques with digital technology to create multimodal collaborations, including working with the Footscray Community Arts Centre to create a series of animated wall murals for her "ECL" project.

Here, we talk to Rosalie and Christie about what makes an animator.

Hi Rosalie and Christie, in a few sentences can you tell us about who you are and what you stand for?

Rosalie: I am an animator who specialises in 2D digital animation. I have a passion for character animation. Before I ventured into animation, I trained as a graphic designer. I think it gave me an appreciation for user experience design and the audience's experience of watching a film.

I have a great respect for the pre-production and design of a film, weaving story through every aspect of the production from the ground up and manipulating how you want the audience to feel and react. Everything on screen should be intentional. Animation expands the ways I can design and create. I moved from designing single compositions to developing characters, creating entire worlds and generating thousands of images across a timeline with soundscapes.

Christie: When I was two years old, I moved to Melbourne from Indonesia and I have lived here ever since. I initially studied and worked in computer science before deciding the discipline was not for me. I completed the Graduate Diploma in Film and Television (Animation) at VCA, back in 2005, and have worked as an animator for the past 15 years across film, television, digital signage, project and community art projects. I stand for freedom of creation and cultural expression for people of all ages and abilities. 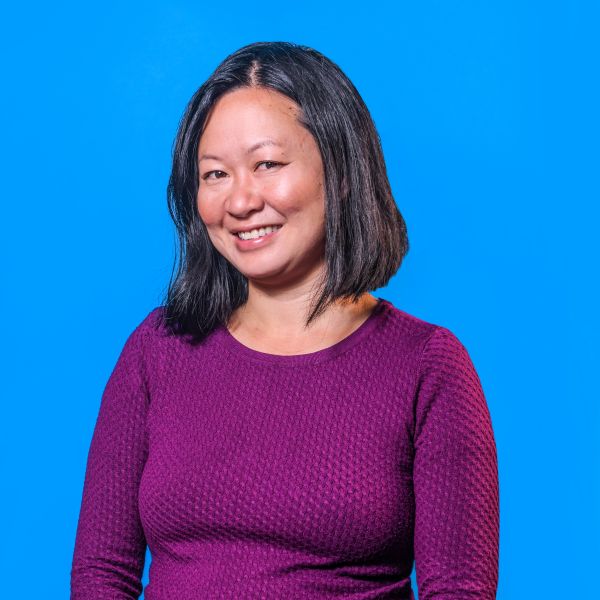 What is the Bachelor of Fine Art (Animation) in Film and Television and who is it suitable for?

Rosalie: It's a three-year course covering all aspects of animation and animating techniques including stop-motion, hand drawn imagery, 2D digital, 3D digital and more. Each year students write, direct and animate at least one film based on research, experimentation and development of their own unique style and creative voice.

Classes are conducted in a studio-based environment which enables individualistic learning as well as collaboration and feedback. Student often form strong bonds with each other as well as connections with industry, including visiting lecturers and other networking opportunities.

Christie: The BFA (Animation) is for anyone interested in pursuing a career in the animation industry or with a strong interest in creating animated films or projects. We teach storytelling and animation filmmaking. We also teach students how to apply animation across many creative fields such as projection, installation art, public art and theatre.

Is there a philosophy or piece of advice that has held you in good stead throughout your career?

Rosalie: Know your worth. It took me a long time to feel comfortable with this. As a creative, your time is often undervalued and dismissed. It can be assumed that because you enjoy your work you should be sustained by that to some degree. You can forget that a lot of formal and informal training, talent and other personal investments have forged your skill. Knowing your worth also contributes to your confidence in being more decisive and taking chances in your creative practice.

Christie: Make work that you believe in, and constantly learn and improve on your skills.

What's to be gained from a life studying and creating animation?

Rosalie: A good work ethic, fantastic organisational and multitasking skills and the ability to easily adapt to new technologies in a constantly growing and changing field.

Christie: Lots of things make a good student! Mainly it's about being passionate about animation, open to trying new things and eager to learn.

What excites you about your field?

Rosalie: I’ve always loved that animation as a medium is virtually limitless and has always celebrated experimentation. Projection technology has expanded the ways in which animation can be viewed, beyond the four walls of a monitor. Interactivity adds another level of immersion to the animation experience.

Animation software and other technologies are becoming cheaper and more accessible, and this opens the field to so many more individuals who may have otherwise not had the means to contemplate this career path.

Christie: What excites me is the many different directions that animation can take you these days. There are still animated films being made with stop motion puppetry and traditional 2D animation, while new technologies create opportunities in interactive media and for developing film making techniques. Sometimes there is a combination of old and new techniques which is exciting.

Can you complete this sentence? If I wasn’t working in animation ...

Rosalie: I’d be a nail technician or nail artist. There are more cross-overs than you might first think! Attention to detail, technical skills, repetition and understanding people.

Christie: If I didn’t work in animation, I'd be working with animals or in nature or both. I enjoy work that keeps me centred and the three things that achieve that for me are art, animals and being in nature.