Moonis Ahmad Shah tells Sharon Grace Flynn about using interdisciplinary methodologies to create "counter archives", completing his PhD at the Victorian College of the Arts and being named in Forbes India’s 30 Under 30.

Hello, I am Moonis Ahmad Shah. I am a visual artist from Srinagar, Kashmir, and I have spent the last three years in Melbourne completing my Doctoral Research. I wanted to understand how to use interdisciplinary art practice, archival materials and contemporary technologies and programming languages to understand what I call the "archive". For me, this is a way of reorganising history and truth. By playing with the form and content of the archive I can generate radical new readings of questions about communication, surveillance, mass-migration, borders and the binary of the local and the global.

When I talk about the "archive", I am really asking a question that concerns the ontology of being and the processes through which truth statements are articulated and performed in our everyday lives. The archive then also is a potentiality of a subterranean militancy against the tableaus of being, history and their epistemologies.

In my research I explore such militant potential of the archive. I am interested in understanding ecology as a militant organism – especially in contested sites or territories. I want to see how ecologies, their processes of growth, life, and de-growth are alternate archives of our being in the world and how it can question the frameworks of the world we inhibit. 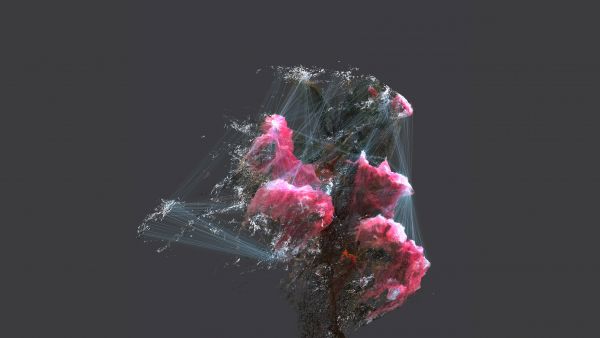 I exhibited my PhD completion exhibition, Anarchic Archive: the spectres of inconsistency, at the Margaret Lawrence Gallery earlier this year. I was exploring the idea of an Anarchic Archive, which is both a process and strategy to produce new artistic forms that destabilise authoritative colonial truths, taxonomies and histories of the present.

Kashmir and Melbourne were part of the British colonial empires and yet are very different societies with radically different experiences of colonisation. I wanted to investigate this more deeply and I thought it would be interesting to create dialogues through my research between the histories, presents and futures of these geographies, which is what inspired by PhD proposal. So, then I applied by emailing my proposal to several supervisors. Each of them was supportive of my proposal and really helped me to get going with my research.

I was surprised to be named in the Forbes India 30 Under 30 list recently. Especially because I did not apply for it! I was nominated, which is exciting. An internal jury member made a recommendation – I still do not know who! In Kashmir, I hope the nomination will give other students more confidence to pursue visual arts and other creative and critical fields of study. 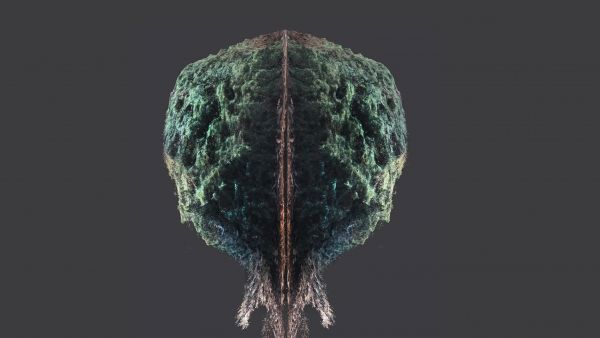 I use diverse mediums ranging from sculpture and painting to digital drawing and 3D modelling. I use different programming languages and digitally constructed environments such as Python, Arduino, and Processing. I have also used Machine Learning algorithms and frameworks, for example a Generative Adversarial Network (GAN) which hosts two contesting neural networks and can be trained on photographs to generate new images. For me, the different mediums are conceptual objects too and they change the way I work.

I am inspired by lots of artists and their work. Raqs Media Collective has been a long-term inspiration for me. Brook Andrew has been an inspiration too, alongside Huma Mulji, Akram Zataari, Eyal Weizman, and so many others.

The inspirations for my creative practice keep shifting and expanding. In other words, they are all over the place. I am interested in understanding ecology as a militant organism that changes, overtakes and shifts. At the same time, I have been exploring the effects of emerging technologies such as Machine Learning and Artificial Intelligence on my own understanding of territoriality, hybrid bodies, history and memory. The challenges shift for my practice as well. The most common challenge is when these questions and ideas develop, and I realise that the questions I am asking demand an interdisciplinary approach or a new form. This can be enjoyable but also frustrating!

The pandemic did impact my world view – 2020 was a year of everything. Death, life, restlessness and stillness, freedom and confinement, science and its politics. I thought that the possibility that the world could stop, and cities can be left deserted, was haunting as well as liberating. I think it has very miraculously pointed towards the possibility of a radical re-thinking of our everyday lives.

The curatorial research for "Can you hear my voice?" began through conversations with David Sequeira, Director of the Margaret Lawrence Gallery, in early 2019. We began by talking about ideas of borders and ownership in the region. I created a sculptural multi-media installation that reflects on the idea that land can be objectified, territorialised and contested.

Moonis Ahmad Shah is currently exhibiting work as part of Can You Hear My Voice? at the Margaret Lawrence Gallery on the University of Melbourne's Southbank campus. The exhibition runs until 1 May 2021.