Students from the Melbourne Conservatorium of Music and the Victorian College of the Arts (VCA) at the University of Melbourne will take over Fed Square on New Year's Eve with an electrifying evening of performances from 6.30pm.

DJs and music producers from the Interactive Composition (IC) course at the Conservatorium will perform on the main stage, accompanied by live dance performances and eye-catching animations from VCA students throughout the evening and for the countdown to 2023.

For Interactive Composition student Di Drew, the opportunity to perform at Fed Square on New Year’s Eve is “a dream come true”.

Usually composing music for film, TV, and video games, Di will now take their music out of the studio and on to one of Melbourne’s most iconic stages in front of thousands.

“I've been working on a solo electronica project called SHIVERS, which is a celebration of chopped and screwed beats, jazz, 90s video games, and vaporwave,” they said. 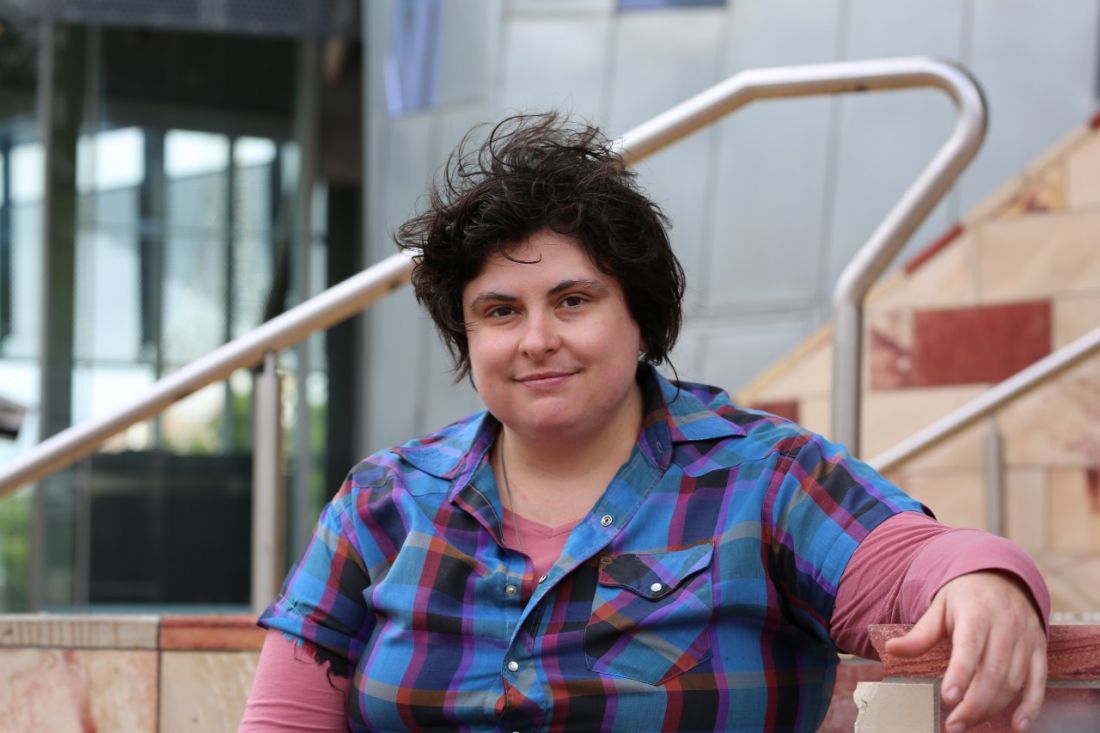 Because the IC program caters to such a wide array of musical styles, and genres, there is great diversity of talent within the cohort, with each performer bringing something unique to the event’s musical soundscape.

R.P. Downie, a current Master of Music student, will draw on several musical influences during his New Year’s set.

“I’ll be playing auto-tune heavy music – taking cues from the likes of Cher, T-Pain, R&B, and the rave music scene that exploded in the 90s and 2000s,” he said. “But I’ll also be celebrating music theatre, cheesy storytelling, and over-dramatized songwriting.”

Dance students Emily White and Valentina Emerald have enjoyed collaborating with their peers in the lead up to the event.

“I think interdisciplinary collaboration is extremely important and a terrific opportunity for us as students to make long-term professional connections. It's fantastic seeing others’ visions realised and then complementing that through my own vision and practice with movement,” said White. 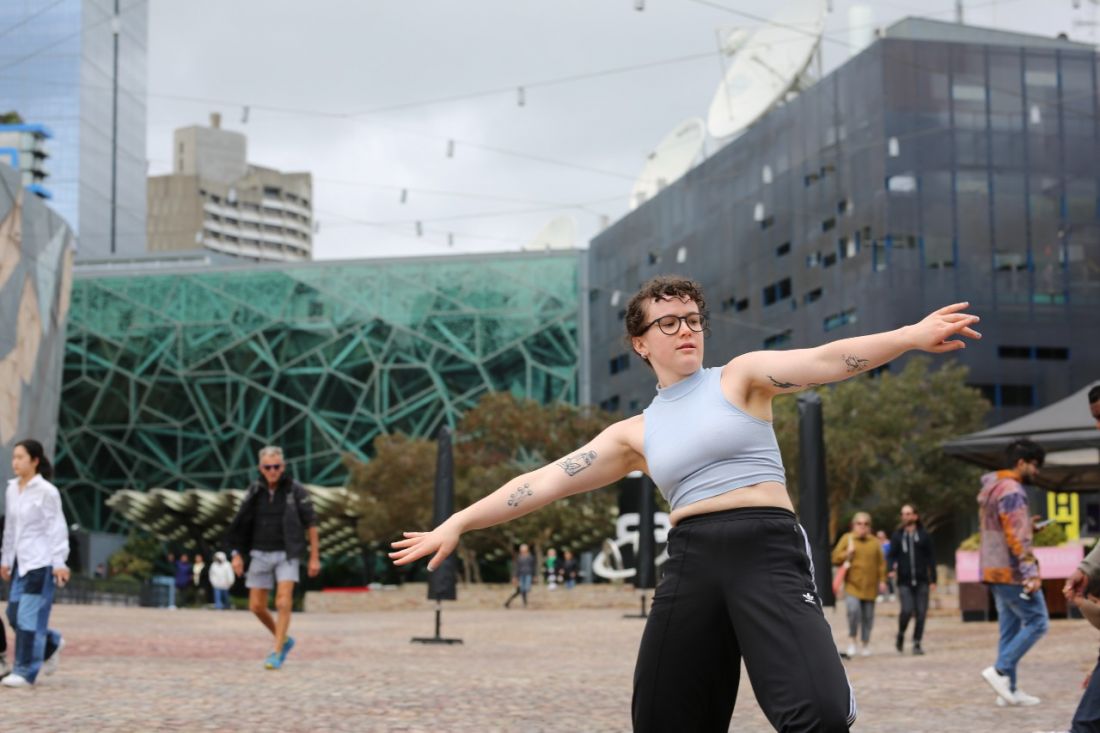 Emerald said: “I'm eager to share my craft with everyone on the biggest night of the year. It's the perfect space to bring dance and art to a wider audience. It’s fantastic to see this coming from younger artists who are often not given these opportunities. I can't wait to see the crowd and feed off their energy!”

Emerald is collaborating with fellow dance artist Aimee Raitman to create an improvised movement response to the work of the musicians and animators.

“It's hard to pull focus in a space where there are thousands of people, so we have created a performance that will catch the eye of passers-by – something colourful, fun, and flashy. We are inspired by the idea of ‘dropping the ball’ at New Year’s and have drawn influence from the New Year countdown for our performance,” she said.

The ten-second countdown to 2023 will be brought to life by spectacular animations projected onto Fed Square’s Big Screen.

Animation student Quinn Franks said: “Having my animations projected onto the Fed Square screen is so surreal. It is an honour to display my work at such an iconic venue so soon after finishing my studies. I am rapt to be a part of it all.

“My animations will be bright, colourful and bring the energy of a party. It will be an adrenaline rush to see the huge crowd interacting with my work - it's going to be a fun night.” 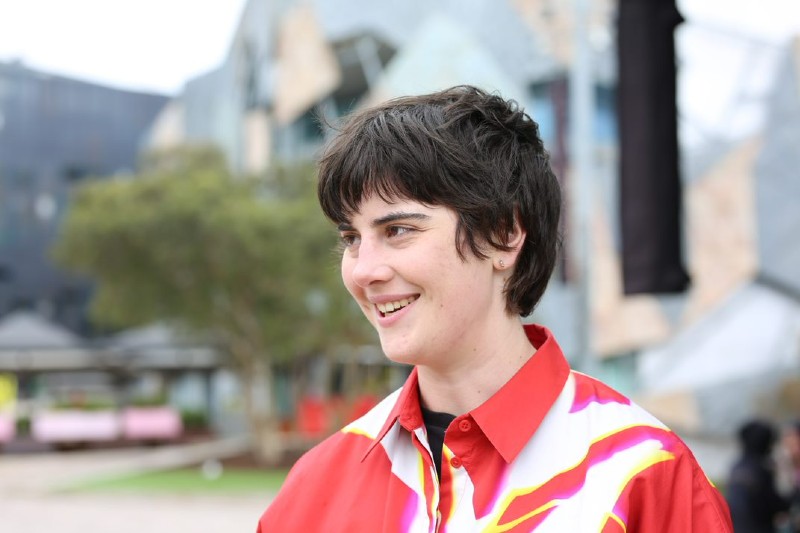 “The show celebrates 10 years of Interactive Composition, a course that explores how sound intersects with other media and how music producers collaborate with makers from other disciplines, such as animation and dance. To showcase that approach, we have curated a multimedia performance extravaganza at Fed Square to coincide with the city’s NYE celebrations,” he said. Sarah Tutton, Director of Programming & Interpretation of the Melbourne Arts Precinct, the organisation that operates Fed Square, said this project is a strong opportunity for students of Melbourne’s arts precinct.

“This is a brilliant opportunity for young creatives to showcase their work to a captive and joyful audience in the heart of Melbourne’s CBD. Fed Square’s digital façade including the iconic big screen is the only digital screen of its kind in Australia – it is an unparalleled digital gallery space reaching thousands of people each day. We’re excited to see the students’ work take over the Square with dance, animation and music on what is one of Fed Square’s busiest nights of the year.”

New Year’s Eve celebrations kick off at Fed Square from 6.30pm on 31 December. Find out more on the Fed Square website.