Walk and talk with the inaugural director of Buxton Contemporary, on the University of Melbourne’s Southbank campus, before the gallery opens on 9 March.

Ryan Johnston, Buxton Contemporary’s inaugural director, meets me at the back entrance of the gallery on the University of Melbourne’s Southbank campus. He’s 41, assured, alert, and seems – surprisingly – unharried. In the last few days he’s moved from Canberra to Melbourne in anticipation of the gallery’s opening on 9 March. It would be safe to assume that packing-crates, contractors and general disarray are constants in Johnston’s life at the moment.

Buxton Contemporary is the new home for a private collection of 350 works by 59 highly-celebrated contemporary artists from Australia and New Zealand. The $10 million collection, amassed over recent decades by property developer and art collector Michael Buxton, was donated to the University of Melbourne in 2014 alongside a $16 million philanthropic gift to fund the construction of a purpose-built gallery, support its operational costs and contribute to an endowment fund.

Given that almost half of the represented artists in the collection are Victorian College of the Arts alumni, its position on the corner of the Faculty of Fine Arts and Music’s Southbank campus seems fitting. 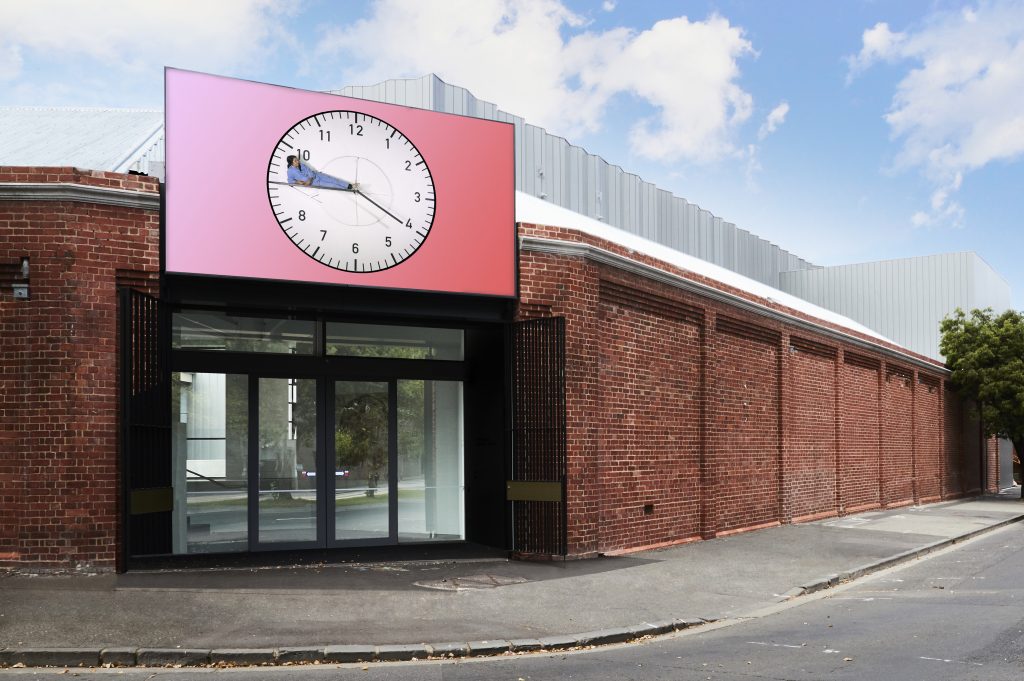 From the back, the gallery doesn’t give much away. Its grey corrugated outer shell is in stark contrast to the russet bricks of the former police stables directly opposite, recently reimagined by Kerstin Thompson Architect as a new visual art wing and performance space for VCA staff and students. As with The Stables, Buxton Contemporary will also be used as an educational facility.

Johnston, originally from Kerang in Victoria, gives the impression of a man who never sits still – although, given his office isn’t yet furnished, that’s probably no bad thing. He’s just finished up as Head of Art at the Australian War Memorial in Canberra and is eager to get started. “There’s no need to take time off when there are lots of extraordinary things to do here,” he says. 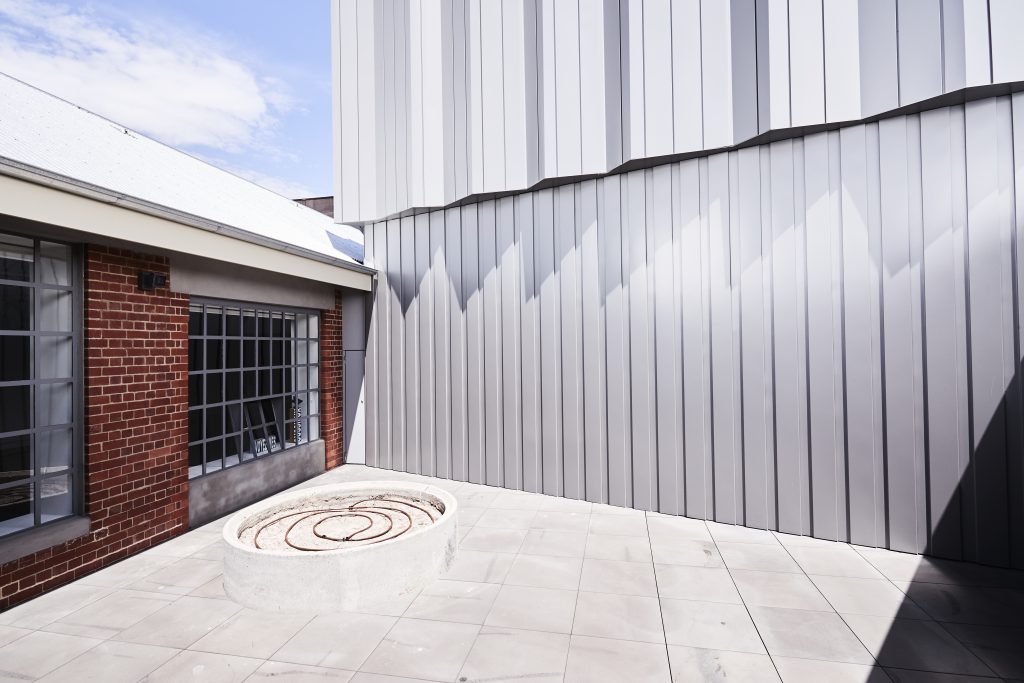 He leads me to the Buxton foyer, the entry point to more than 2,000 square metres of gallery space divvied up among five galleries over two floors. We’re greeted by Tim McMonagle’s Archibald-shortlisted oil portrait of Michael Buxton, a fat slice of rippling eyebrows and pork-mince-pink carbuncular sunburn.

Just ahead of us is VCA Enterprise Professor Patricia Piccinini’s Game Boys Advanced, (2002). Two eerily-lifelike early teens with oversized T-shirts and crinkled faces huddle over a handheld videogame console. I’m struck by the fact their wrists are taped and their feet shackled to a wooden platform – Piccinini’s commentary, no doubt, on how we’re all increasingly constrained by technology.

Luckily I don’t say as much to Johnston.

“Obviously, they still have to be unpacked properly,” he says, gesturing at the bindings. “This work will go over there, next to that wall.”

In the ground-floor gallery space, Johnston points out works in various stages of undress, some leaning against walls, some already hanging, some wrapped in neat little packages on the floor. The names trip off Johnston’s tongue. Over there is a Helen Johnson, over here a Peter Booth – a who’s-who of leading contemporary Australian artists. 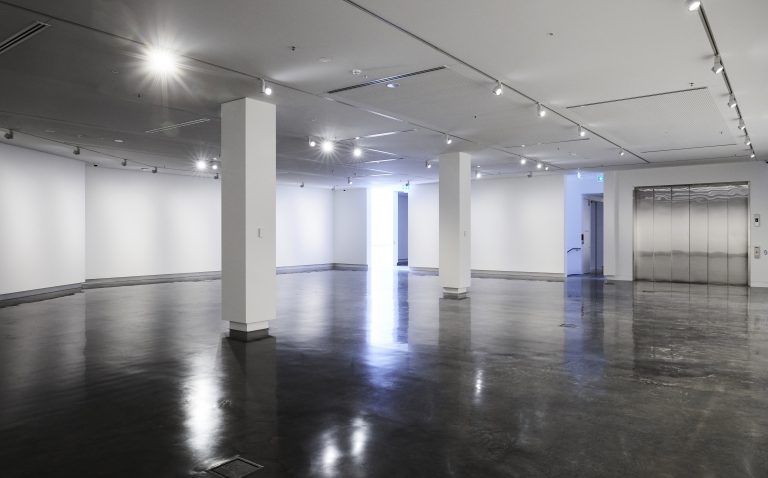 Since beginning his collection in 1995, Buxton has been methodical and disciplined in his approach. Having enlisted the expert guidance of art dealers Anna Schwartz and John Buckley, he set out to collect the works of six select artists, deemed at the time to represent the elite of Australian contemporary art: Bill Henson, Tony Clark, Peter Booth, Mike Parr, Peter Tindell, and Howard Arkley.

Since then the collection has expanded to include works from 59 artists, reflecting, it would seem, a little more cultural and gender diversity.

“There are Indigenous artists in the collection, and many female artists,” says Johnston. “Contemporary art has a knack of taking on the circumstances and the conditions in which it emerges, and I would expect to see the diversity of artists and artworks to grow even more in the future.”

The collection, as it currently stands, will be moved across to the Buxton Contemporary bit by bit over the next five years.

Road to the Buxton

Though clearly at home among art and artists, Johnston did not come to contemporary art seriously until he was 23.

“I’d always been naturally interested in art in a recreational sense, but it wasn’t until I was living in London in the late 90s that it became something more than that,” he says. “I was working in a financial services company when I just fell into a part-time education role at Tate Modern, which had recently opened. That’s when I decided that, actually, to do this for a job would be amazing.” 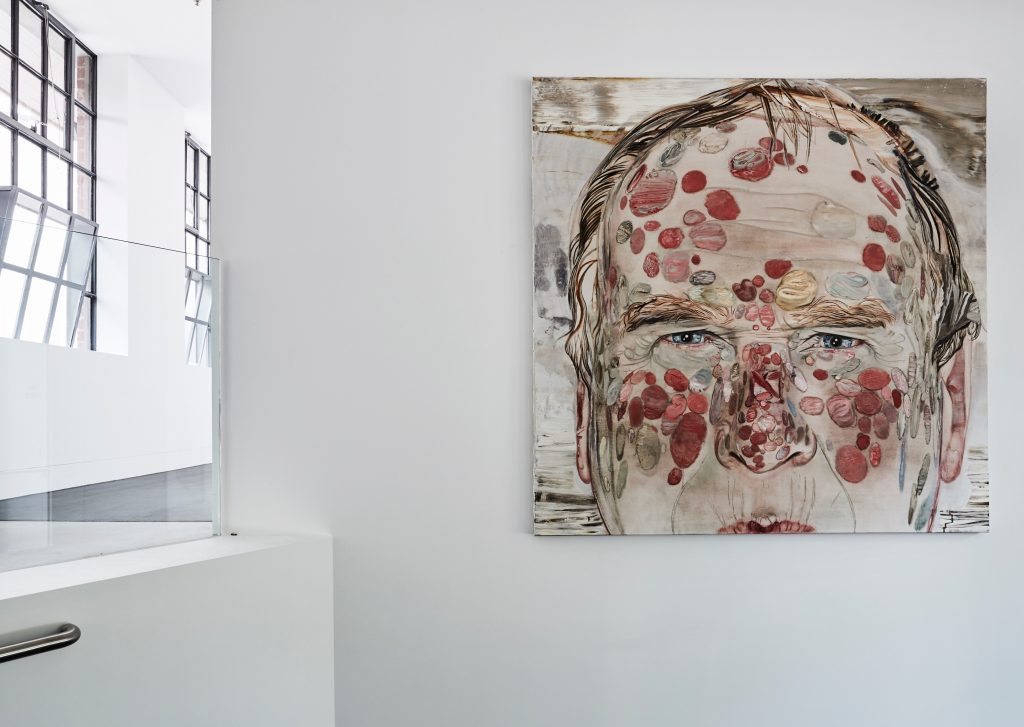 In 2001 he moved back to Melbourne, where in 1998 he’d completed a BA majoring in literature, and gained graduate and postgraduate diplomas in art history. From there, he lectured in art history at the University of Melbourne in what was then the School of Creative Arts, worked as curator at La Trobe University, and oversaw a major redevelopment of the Shepparton Art Museum as Acting Director, before moving on to the Australian War Memorial.

Johnston speaks with passion about war art (it’s also the subject of his ongoing PhD at the University of Melbourne – “but jobs keep getting in the way …”) and I wonder how hard it must have been to leave the role he described in a 2013 Sydney Morning Herald interview as his dream job.

“It took a lot of deliberation, but the opportunity to be inaugural director of a brand-new museum, I mean…” He stops, starts afresh. “I came into the arts through an education role at Tate Modern and this has always deeply informed my practice within museums, and I also draw a lot on my experience as a lecturer – so to have an amazing museum like this positioned as a gateway into the Victorian College of the Arts, one of Australia’s best arts training institutions … I mean, that’s beyond a dream job. That’s just extraordinary.” 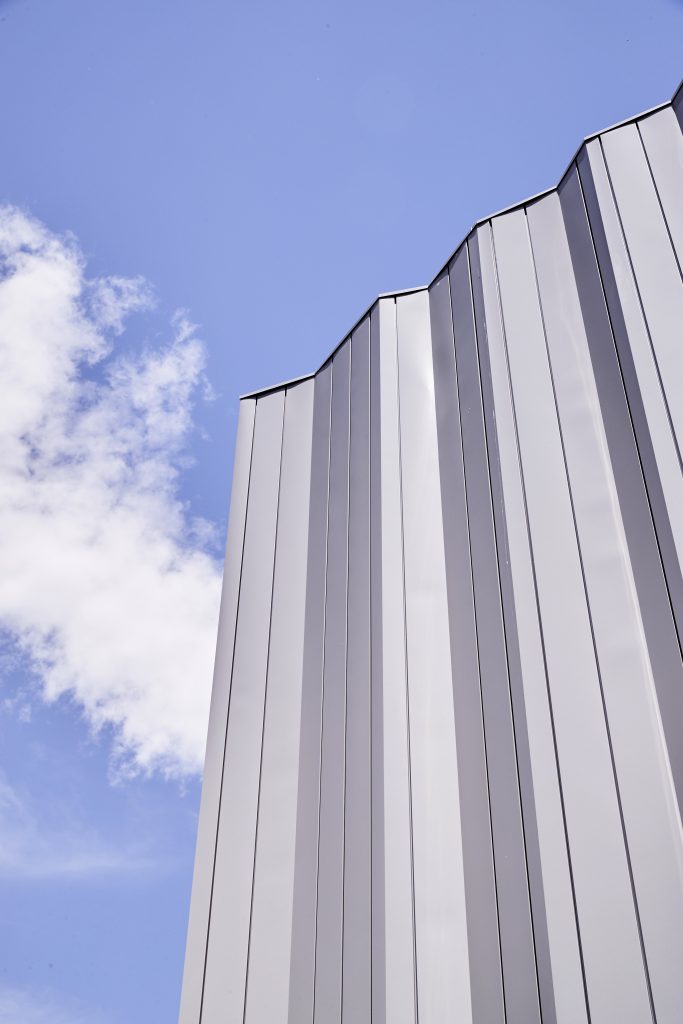 Johnston leads me upstairs to another vast, inviting gallery space, with a narrow splash of sunlight streaked across the floor; but it’s the room tucked in behind it he’s keen to show me. A woman in overalls is painting a tricky corner of the ceiling black; part of a multimedia installation by New-Zealand-born, Melbourne-based artist Jess Johnson is on the floor. This will be Buxton Contemporary’s education space.

“The idea is that this room will be dedicated to teaching, for the VCA but also across the entire university,” he says. “So there’ll be classes held in here and we’ll be bringing out works out from the collection for students to study in close detail.

“I think something that gets lost a lot in contemporary art education is the importance of close attention to physical objects, as opposed to seeing things on screens,” he says. “We’re just so used to sitting in lecture theatres and seeing the slides pop over. Instead students can come here and do work which will then generate research about the collection, and help us understand it better as well.”

Of course, the gallery’s location, in the heart of Melbourne’s Arts Precinct, is fortuitous too. 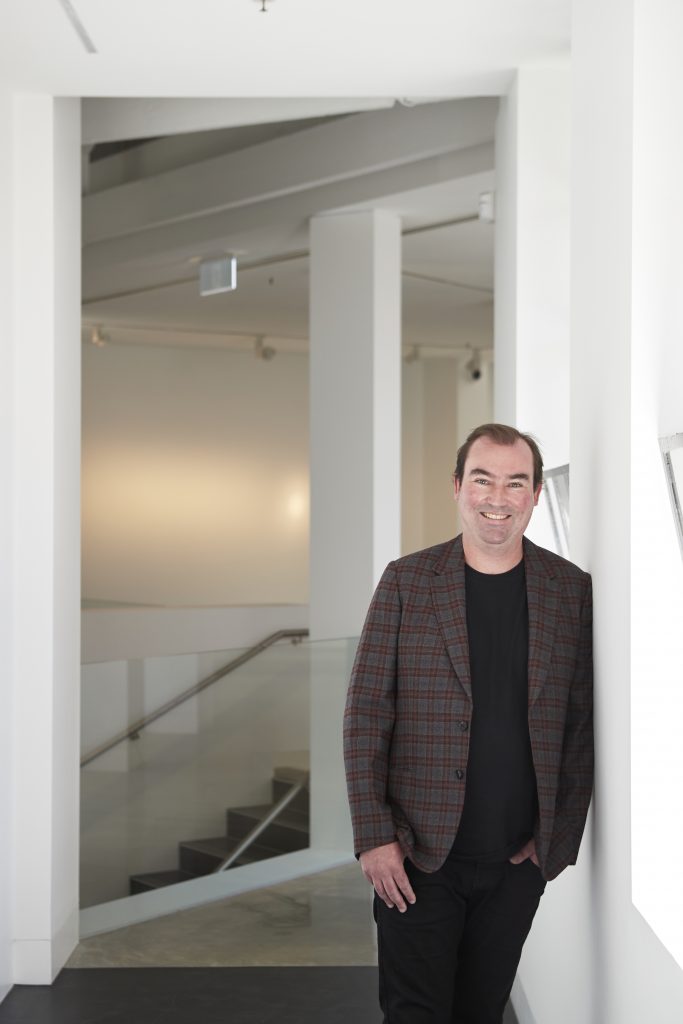 “We’re in a remarkable situation here, right next to the NGV, the Melbourne Theatre Company, the Recital Centre, the Margaret Lawrence Gallery, Chunky Move, ACCA, and the Malthouse,” says Johnston. “I think this precinct will go from strength to strength if we all work closely together, which is absolutely what I anticipate. I want this collection, this museum, to be a platform for making connections on a national and international level.”

The gallery’s inaugural exhibition The shape of things to come – which opens to the public on 9 March and is curated by Buxton Contemporary Curator Melissa Keys – is a broad survey from the Buxton collection.

“It’s not everything in the collection and it’s not every artist,” says Johnston. “It features 27 artists from across the temporal span of the collection working across a range of media, from very large-scale paintings and works on paper such as [Queensland-born artist] Mike Parr’s work, to sculpture and installation by people like Mikala Dwyer and Emily Floyd, through to digital works such as a very large work by Shaun Gladwell.

It looks very broadly at the agency of artists in contemporary society and their ability to shape and imagine different futures.”

We head back downstairs, where walls are still being painted and screens are being installed. Johnston says he loves seeing the controlled mayhem ahead of the opening, and imagining the possibilities of what’s yet to come.

“I mean, just look around” he says. “What we have here is a once in a generation opportunity not only to change the way we understand and engage with contemporary art in Australia, but to foster the next generations. What an extraordinary legacy.”