Six films by Victorian College of the Arts Film and Television alumni have been selected as part of a new MIFF Shorts retrospective focusing on connections.

The Melbourne International Film Festival (MIFF) programming team compiled six alumni films that have been shown as part of the prestigious MIFF Shorts program over the past 10 years. They have been appropriately selected for their shared theme of connection.

MIFF's Shorts programmer Mia Falstein-Rush curated the collection, and speaks to the significance of her choices in the current context: "For the past few months, most of us have been isolating at home, many alone, trying to retain or build our connections with others via our pixelated, fingerprint-marked screens."

"When we have been able to take a socially-distanced walk with a friend, physical markers of intimacy like embraces or a kiss on the cheek are off the table, and we are forced to navigate our closest relationships via an awkward wave from 1.5 metres away.

"Many of the films in the wider MIFF program don't directly grapple with this alienating experience many of us are facing, as they were made pre-COVID. But in going back through our archives, I noticed that themes of connection and belonging are universal through time and place.

"It's ironic that we're sharing this lonely experience together, but I hope the characters within the six films brought together for this special retrospective open up our current moment and experience in new and interesting ways."

Qiu Yang, whose work Under the Sun (2015) has been nominated for innumerable recognitions, including official selection for 68th Festival de Cannes, expressed delight at the nomination.

"I’m surprised and of course and very grateful, since the film was made back 2014 and already screened at MIFF in 2015. I never really thought there would be another chance the short would played at this beautiful festival, especially in this strange yet exciting time". 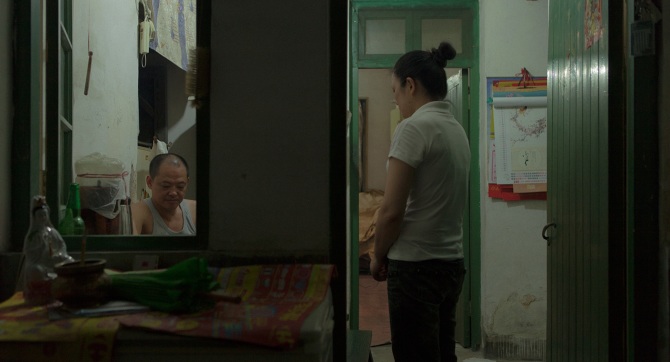 Pia Borg, director of Silica (2017), still uses the techniques she employed in her graduating film, Footnote (2004) in her work today. In fact – she teaches them.

"Many of the techniques I learned while making my first ever film in the animation course at the VCA in 2004 are still very much a part of my practice today," said Pia.

"In my graduate film Footnote (2004), I experimented with 16mm stop motion animation for the first time – a technique I am now currently teaching in the Experimental Animation program at CalArts in Los Angeles.

"My film Silica (2017), included in the MIFF program, incorporates a 35mm stop motion microscopic technique to photograph the light refractions in opals.

"While at the VCA I embraced an inter-disciplinary approach, working with a dancer and a composer, and this collaborative approach is still very much part of my practice."

Tenika Smith, director of Thanks for the Ride (2012) shares her  surprise at having her work selected for the program.

"I was completely shocked and thrilled to be selected in the MIFF program," she said.

"I remember my time at the VCA when our lecturers would play us shorts from alumni that had been successful on the festival circuit, many of which would have screened at MIFF, and I never imagined that Thanks for the Ride would sit in that category.

"I was really proud when the film was selected for MIFF in 2013. Being in Melbourne and studying at the VCA, MIFF really was the bar that a lot of us were striving for. It was an honour to be selected then, and it is an to be selected now.

"The film explores the relationship between life and death, existing versus really living. I wasn't overtly exploring any issues of the time, rather the universal challenges we all face. That might be why it resonates with audiences today.

"The film really was a stepping stone for me and I learnt a lot from the experience that has informed me to this day."

The University of Melbourne's Faculty of Fine Arts and Music and Faculty of Arts are the designated Learning Partners of this year’s entirely online MIFF 68 1/2 streaming program. We are proud to present the MIFF Talks program as well as MIFF Shorts.