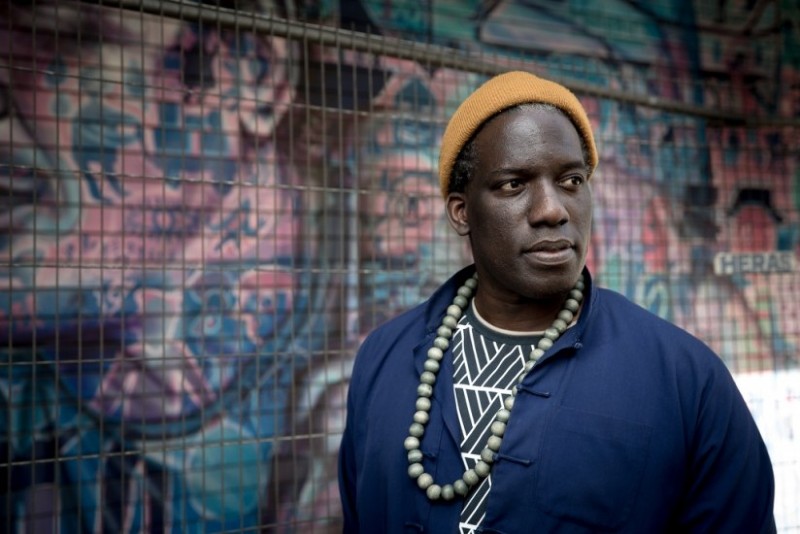 Tundé Adefioye co-founded the youth platform Urban Woorden in Leuven, Belgium, which grew quickly and in 2013 was awarded with the Culture Prize for Cultural Education by the Flemish Government. In 2016, he began as city dramaturg at Koninklijke Vlaamse Schouwburg (KVS), Brussels’ Flemish city theatre, as part of the artistic team led by Michael De Cock.

City dramaturgy, a concept conceived by fellow city dramaturg Gerardo Salinas, aims to use the city as a conceptual canvas to create a discourse with different aspects of the city of Brussels and beyond. Additionally, Adefioye has done dramaturgy for plays and projects including Malcolm X and (Not) My Paradise.

Since 2017, Adefioye has been delivering lectures and speeches, including keynotes at the 2019 ETC International Theatre Conference in Germany and at Wales Arts International’s conference. From 2017 to 2019 he helped write, co-coordinate and give dramaturgy advice for the innovative EU Creative Europe project MindUrStep.

In 2019, he made his directorial debut with Contact Theatre Manchester, with the piece Old Tools > New Masters ≠ New Futures.

Departing from Saidiya Hartman’s groundbreaking speculative fiction work, Wayward Lives, Beautiful Experiments, Adefioye's keynote lecture offers ways that performance and theatrical approaches can include the realities of those that have been considered ‘wayward’ in our society.

Regina José Galindo – ‘The political, the poetic and the transgressive’

Regina José Galindo is a visual artist and poet whose main medium is performance. Galindo lives and works in Guatemala, using its own context as a starting point to explore and accuse the ethical implication of social violence and injustices related to gender and racial discrimination, as well as human rights abuses arising from the endemic inequalities in power relations of contemporary societies.

Galindo received the Golden Lion for Best Young Artist in the 51st Biennial of Venice (2005) for her works ¿Quién puede borrar las huellas? and Himenoplastia, two crucial pieces of her oeuvre critiquing Guatemalan violence that comes from misconceptions of morality as a form of gender violence, while she demands the restitution of the memory and humanity of the victims. In 2011 she was awarded with the Prince Claus Award from the Netherlands for her ability to transform injustice and outrage into powerful public acts that demand a response.

In her keynote presentation, Galindo takes the audience on a journey through completed works in Guatemala and diverse contexts of the world, focusing on the political, the poetic and the transgressive.

Kayhan Irani is an Emmy-award winning writer, performer and Theatre of the Oppressed trainer. She creates art to build community, offer spaces for healing and engage audiences in social justice issues. Kayhan was one of 10 US artists named by President Obama’s White House as a 2016 White House Champion of Change for her storytelling work. 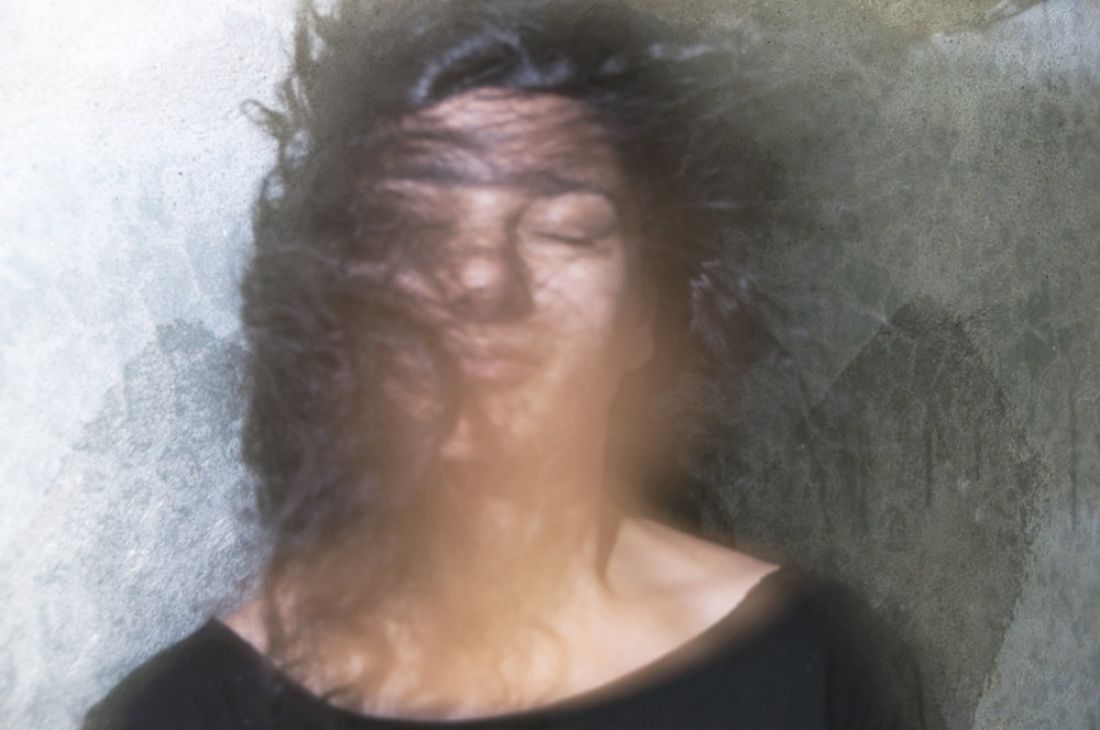 Her previous one-woman show, We’ve Come Undone, toured nationally and internationally telling stories of Arab, South Asian and Muslim-American women in the wake of 9/11. She was a Fulbright-Nehru Senior Researcher (2012–2013) studying Parsi embroidery for her play, Tree of Seeds. Kayhan has trained hundreds of groups in Theatre of the Oppressed and participatory storytelling tools over the years, both nationally and overseas.

There is a Portal is Kayhan Irani’s latest multimedia performance and social justice education project which reimagines belonging, place, and human connection. Using intimate storytelling, lush visuals and participatory theatre, Irani recreates and embodies her journey of displacement and the search for home in four parts: Loss, Hatred, Regret, and Closeness. Sharing memories of the Iranian revolution and ancient family tales of migration she offers a glimpse into personal and political cycles of displacement, violence, and finding home.

For Re-membrance, Re-volt, Re-emergence, members of There is a Portal’s community pedagogy team will engage in conversation about how they have embodied and created a network of belonging while imagining such a space and opportunity for others.

Dr Joachim Ben Yakoub is affiliated to the Middle East and North Africa Research Group (MENARG) and Studies in Performing Arts and Media (S:PAM) research group of the University of Ghent, in Belgium where he is conducting research on the aesthetics of revolt in Tunisia and Belgium. He is a lecturer at the Sint-Lucas School of Arts in Antwerp, where he is also promoter of the collective action research, The Archives of the Tout-Monde.

Yakoub is part of the editorial board of FORUM+ and Documenta Journal. His work has been published in numerous journals and books, and in 2021 his PhD, Revolting Senses: The contrapuntal aesthetics of revolt in Tunisia, will be published in French as a book by Editions Al Dante (Presses Du Reel). 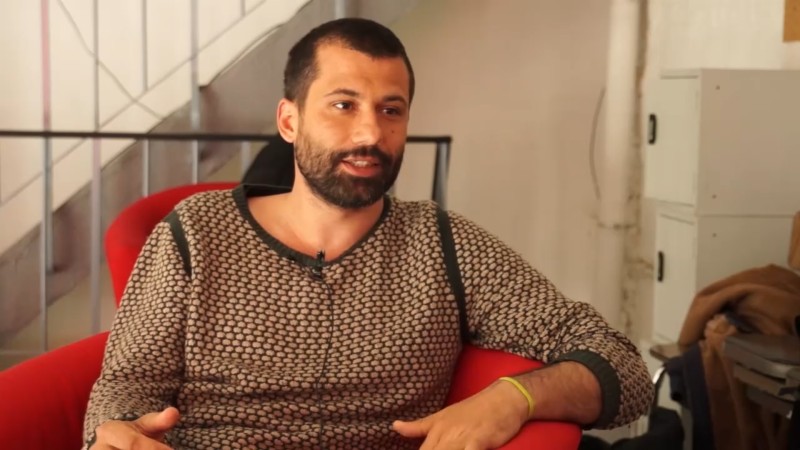 PeoPL is a sensitive ode to the civil disobedience, necessary to keep the space to discuss Belgium’s colonial past in Congo, Rwanda and Burundi open, to ruin the still very present coloniality of power.

Voicing his critical reading and manifesting his appraisal, PeoPL will be visually presented as an ongoing and continuous exercise in what Trinh T. Minh-ha called ‘speaking nearby’: “a speaking that does not objectify, does not point to an object as if it is distant from the speaking subject or absent from the speaking place”. It is “a speaking that reflects on itself and can come very close to a subject without, however, seizing or claiming it”.