Dr Suzanne Fraser: coordinating the Centre of Visual Art (CoVA) – a ‘big, beautiful creature’ at the University of Melbourne

Dr Suzanne Fraser is Centre Coordinator at the University of Melbourne's Centre of Visual Art (CoVA) and was previously a lecturer in Art History at the University. As well as lecturing, she is an arts writer and researcher. Here, she talks about CoVA's remit, aspirations and research profile.

The spire of the Melbourne Arts Centre reaches high into the blue sky behind Dr Suzanne Fraser as we meet for coffee. We’re talking about the Centre of Visual Art (CoVA) at the University of Melbourne, where Fraser has been Coordinator, working closely with its Director Professor Su Baker AM and Research Development Fellow Vikki McInnes, since its launch in late 2018.

Huge in scope, and truly multidisciplinary, CoVA brings together a broad community of artists, historians, researchers and writers, as well as the Norma Redpath Studio residencies and a publishing imprint which includes Art + Australia and ANZJA (Australian and New Zealand Journal of Art).

“CoVA is like a big beautiful creature, with all these tentacles,” says Fraser, who was formerly a lecturer in Art History at the University. She says her new role administering the day-to-day operations of CoVA involves a complex challenge: “I’m trying to tend to each of these arms one at a time, as well as making sure that they’re all working together collaboratively in line with our research priorities.” With the assistance of CoVA's communications whizz Eleanor Simcoe, Fraser manages the public-facing activities of the Centre, as well as coordinating ongoing projects and research initiatives.

Funded as a joint initiative by the Faculty of Fine Arts and Music, the Faculty of Arts and Chancellery, CoVA was established to raise the visual arts research profile of the University of Melbourne, and also to serve as a cross-disciplinary bridge, bringing together researchers and resources across the two main campuses in Parkville and Southbank. Strengthening existing external partnerships and establishing new ones, both in Australia and internationally, is also part of the plan.

One of the CoVA’s specific aims is to become the leader in visual arts research in the Asia-Pacific region. One of four key research strands is Art across the Archipelago, which aims to produce a new understanding of cultural alliances across the Asia Pacific and South East Asia region, and Fraser says that connecting with India and Indonesia is going to be the focus of a number of projects in 2020. She says this makes great sense, both in terms of our geographical proximity, and the exciting new research being done in the region.

One of the current projects Fraser is working on gives a sense of CoVA’s wide-ranging, cross-pollinating scope. “We’ve been teaming up with the Ian Potter Museum of Art to put on a series of public forums that showcase research across the university on a given topic, like Water or Language,” she says, lighting up whenever she gets the chance to talk about specifics. “We’re including creative artists alongside discussions with scientists, people from biology, computational linguistics, architecture and engineering, bringing them all together in the same space to ask questions and share knowledge.” Podcasts of these forums will be made available soon, in one of CoVA’s many public outreach initiatives.

Trying to get a sense of Fraser’s role within CoVA leads down multiple winding paths. One of these involves the suite of about 80 CoVA research fellows from across the University of Melbourne and other institutions. Fellows have access to the University’s facilities and are eligible to apply for the Centre’s Small Grants Scheme. These grants of up to $15,000 are given for purposes including seed funding, travel, research exchange programs or producing exhibitions or publications.

Fraser says a recent example of a CoVA grant project was an Australia-New Zealand exchange looking at First Nations visual arts research right now. In another vein entirely, a project last year focused on the Australian art filmmaking duo, Arthur and Corrinne Cantrill, researching ways in which their experimental films, currently held in multiple locations around the world, might be collected and accessed in a digitally distributed archive.

CoVA also manages artistic residencies in the Norma Redpath Studios. Offering short stays of up to five weeks, visiting artists, writers and researchers can live and work within the old bluestone house and art studio in Parkville that once belonged to the renowned sculptor, Norma Redpath (1928–2013).

Partner organisations with the Norma Redpath Studios include Gertrude Contemporary, the Australian Centre for Contemporary Art, and most recently, the Wheeler Centre. During 2019, three of the Wheeler Centre’s interstate Hotdesk Fellowship recipients were housed in the studios: fiction writer Geetha Balakrishnan from NSW; creative non-fiction author Rebecca Giggs, from WA, who was editing her book about whales; and NT-based Indigenous poet Yvette Holt, who was working on a long-form poem, 3068, which is the postcode of Fitzroy.

How do writers and poets fit within the CoVA stable? Fraser says that although there’s a visual arts focus, the Centre’s other faculty relationships and partners tie it to multiple creative practices, including dance, music and performance.

“Utilising this space, we can bring all those other spheres together, and this feeds back into the university because as part of the residencies, visiting artists, curators and researchers have interface though the University in the form of seminars, workshops with students and public lectures.”

She notes the increasing importance of residencies in these times of reduced arts funding and unstable income for creative careers. “Residencies allow artists these really precious portions of time to experiment and further develop their practice.” 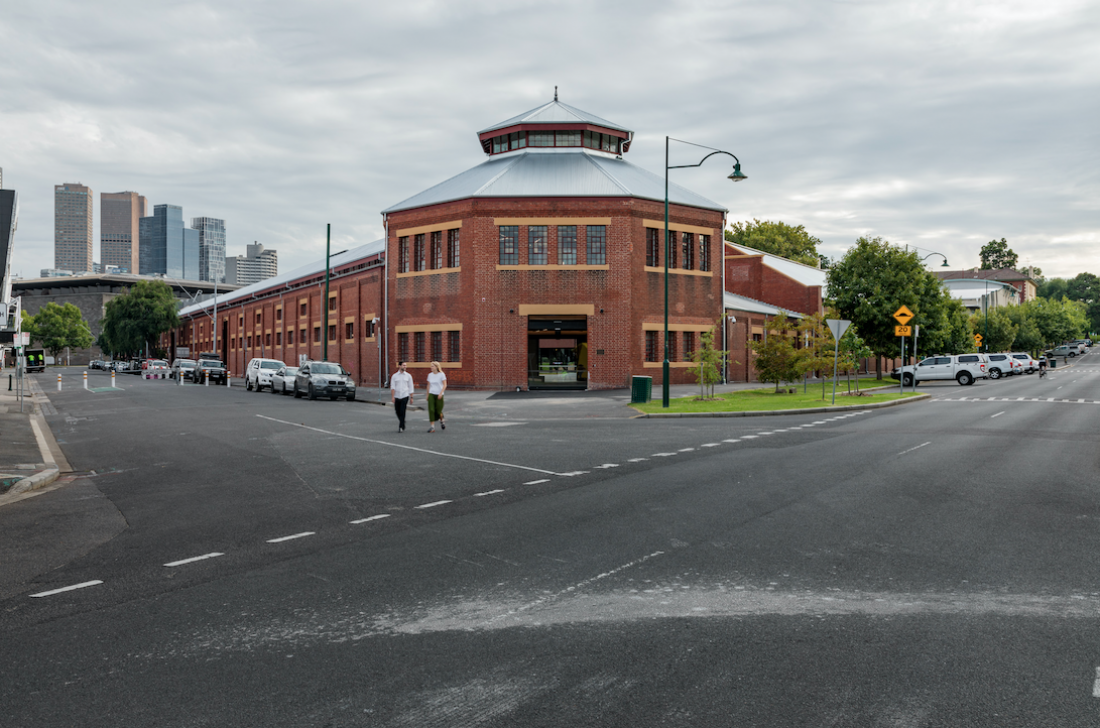 As for Fraser’s own research and creative practices, she says that like anyone working in the arts, it’s a part of your life and you make time for it where you can, along with the paying jobs. She recently took a working holiday in Arizona visiting architectural sites.

“A common theme in my research at the moment is thinking about utopian sites, and the intersections between art and ecology going into the future,” she says, noting there’s much we can learn from the modernists as we try to imagine new sustainable ways of living. Inspired by futuristic architect and inventor Buckminster “Bucky” Fuller, Fraser has recently spent her weekends in the country with friends constructing an actual geodesic dome as she believes “it’s interesting to take theory and translate it into practice …  into something tangible".

At the close of our interview, she takes me on a tour of CoVA’s office headquarters at the recently opened Stables at the Faculty of Fine Arts and Music, formerly the Victoria Police Mounted Branch stables and now customised artist studios and a state-of-the-art performing arts wing, the Martyn Myer Arena. 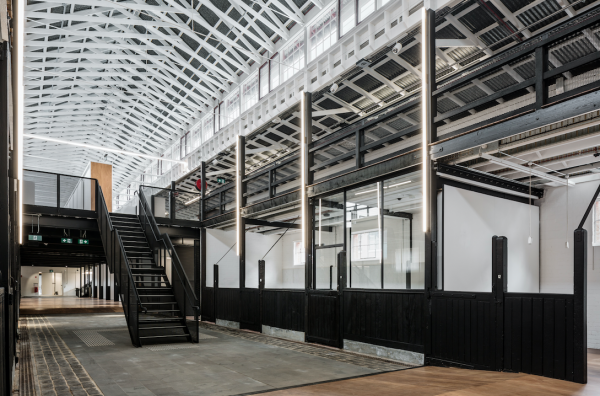 She remembers years ago when she was working at the nearby Centre for Contemporary Art, she would catch a glimpse of the police horses inside while walking past. When we meet it’s a very lively space of another kind, with many offices vacated to make way for the VCA Art Graduate Exhibition. Stepping over sculptures and half-formed installations, Fraser gifts me a bag laden with beautiful books from Art + Australia publishing.

She wants me to understand and share in the bounty of ideas and connections – after all, that’s what CoVA is all about.