The emerging voices of Australian film: Largest ever selection of short films by VCA graduates to stream free on MIFF Play

For the third time, films by graduating Film and Television students from the Victorian College of the Arts will feature on MIFF Play, the Australia-wide digital streaming platform of the Melbourne International Film Festival. This year's showcase boasts the largest selection of films in a single season and streams free from 5 - 18 December 2022.

The 60 films that make up this year’s selection explore an extraordinary range of genres, including comedy, drama, thriller, arthouse horror, animation and documentary, and tell stories of love and infidelity, transition, sharehousing, missing persons, immigration detention, bad haircuts and a kleptomaniac photographer.

MIFF Artistic Director Al Cossar said MIFF was thrilled to be presenting the VCA graduating season Australia-wide directly into people’s homes via MIFF Play for a third season: “The VCA continues to usher in some of the most fascinating and singular voices in Australian cinema – it’s a setting from which we are always excited to see the emergence of new talent; those who newly compel us as viewers every year. This year is no different. Profiling a huge line up of 60 films and their emerging filmmakers to audiences and screen industry here in Melbourne and right around the country, it’s unmissable cinema for those looking for who’s next in the world of local filmmaking.”

In remarking on the diversity of films produced by the graduating cohort, Head of VCA Film and Television Andrew O’Keefe said: “The films represent a wild mix of ideas and story spaces, and are testament to the exceptional bunch of artists that are graduating from the VCA this year. These are filmmakers who’ve approached learning their craft with tenacity and passion through years of deeply taxing circumstances for learning and making – and what have emerged are strong, provocative, insightful, wondrous, witty stories that contribute richly to Australian film”.

Filmmaker Kaede Miyamura used the unwelcome year-long postponement of shooting due to Covid as an opportunity to rehearse with actors and to hone the script for Kotoba. The film portrays the experience of Hina, a 13-year-old Japanese immigrant, as she navigates the new school experience with limited English but a vivid imagination. After a disastrous playground introduction, she decides to enlist the help of a sheep at a local petting farm to help her improve her English.

The story was inspired by Miyamura’s own childhood experience when, as a newly arrived immigrant in Cairns, she would go to the zoo every week to practise her English conversation on the animals.

“I want to shed light on some of the highs and lows faced by immigrant children,” Miyamura said. “Many films focus only on the ‘dramatic’ aspects of immigration, but from my experience, the moments of subtle loneliness and alienation were the hardest to accept.”

First Nations filmmaker Tyeli Hannah also postponed shooting his film Allira – for two years – after having won the University of Melbourne’s Prize for Best Screenplay for the script in 2020. The film centres on Australia’s ‘golden couple’: Allira, a young Aboriginal woman and one of the country’s most famous actors, and her husband Jason, the first Aboriginal captain of the Australian cricket team. But when Allira discovers her husband has been unfaithful, she is torn. Should she leave? Or should she stay, and remain one of the rare positive representations of Indigenous Australians in the media? 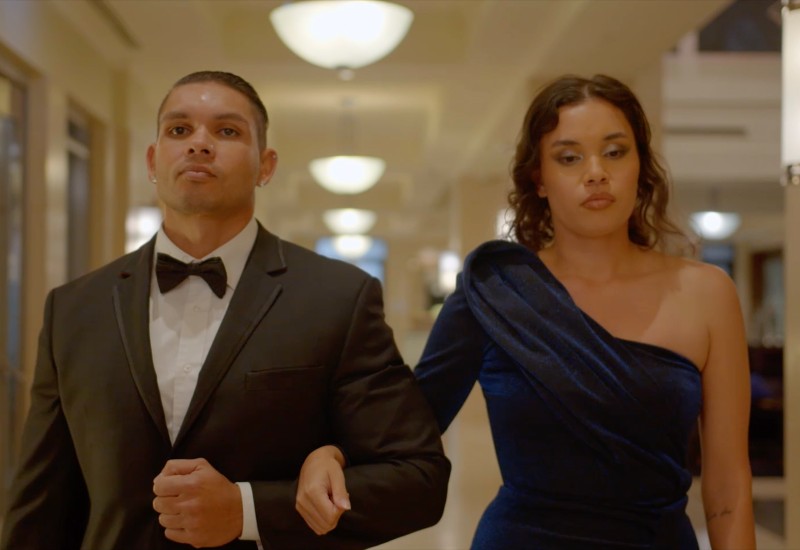 The film’s core issue of representation is something Hannah has first-hand experience with. “When you’re the member of a minority group, in the eyes of outsiders, you become a representative of that group whether you like it or not. I often felt this while growing up as an Aboriginal kid. For me, it mainly led to positive outcomes, but in Allira, I wanted to explore how this unspoken pressure could create horrible dilemmas,” he said.

For the first time, industry will have access to Screen Voices, a virtual ‘pitching room’ where they can view new material created by Australia’s most talented emerging screenwriters. Screen Voices will showcase 23 feature-length and television screenplay pitches from the graduating screenwriting cohort, a diverse group of fresh writers with new stories already written and ready to go.

“The Screen Voices showcase capitalises on the shift to online pitching of stories to the marketplace of producers, distributors and streamers. The video pitch is, for the working writer, a permanent industry requirement nowadays and our students have taken the career initiative and embraced the opportunity,” said O’Keefe.

The short films are available on MIFF Play across Australia 5 – 18 December 2022. Explore the program and stream now at play.miff.com.au