The VCA Digital Archive is a living audiovisual record of student films that date back to 1966. The articles in this series respond thematically to the depth and breadth of the collection, which will be available for research from mid-2019. Enjoy!

For this article, I’d like to look at two shorts – The Corn Is Flowering (Dongmei Li, 2015) and The Kid in the Closet (Melodie Yingxiu Shen, 2013) – produced by Chinese students of Film and Television at the Victorian College of the Arts and now curated as part of the VCA Digital Archive.

One is based on the death of an elderly relative, the other on the survival of a young family member, but both are seen through the eyes of children. As a Chinese person who belongs to the new generation, I was deeply inspired by these two shorts because of their subjectivity, authenticity and empathy.

The social context is critical to understanding these two films. China, because of its solid culture and complicated social formation, has a profound discourse in terms of family relationships. There is a Chinese proverb, “the filial piety is the foundation of all virtues”. But in such a patriarchal society, all of the obedience is for the so-called “master of the house” – normally the father in a family; or, in the case of society more broadly, the government.

Dongmei Li’s award-winning filmThe Corn Is Flowering (2015) is set in a poor and backward village of Chongqing in the southwest of China, and tells a meditative story about how the members of a family deal with a dying grandfather.

On the one hand, we see the innocence and purity of a six-year-old child; on the other, the selfishness of the adults whose lives have been put on hold by the elderly man, who, though sick, “doesn’t want to let go”.

The Corn Is Flowering presents a distinctive view of family relationships. After Tien whispers in her grandpa’s ear, “Grandpa, get better soon”, the adults decide to expedite the old man’s death through what is referred to in the film as a “choke-on-the-water” accident.

The film ends with fireworks being lit on the street by the old man’s son, forcing us to consider whether this is a simple funereal tradition or a celebration of self-liberation for the surviving adults. We see Tien in the background covering her ears – maybe an indication of her refusal of her grandpa’s death or of her father’s selfishness.

Melodie Shen’s award-winning student short The Kid in the Closet (2013) is set under the One Child Policy period, during which a family’s “legal” child normally receives all their parents’ love. But there is a phenomenon in China whereby parents prefer boys to girls, as interpreted in this film. I empathise with the young girl Lily’s jealousy of her “illegal” brother Dodo as it’s presented here.

We see the parents’ preferential treatment and love for Dodo, but despite this, Lily shows her kindness and purity. Although at first Lily is very proud, she still helps Dodo hide a rabbit, and helps her parents hide Dodo from a government official.

And, although her brother is “illegal”, she still considers him family. 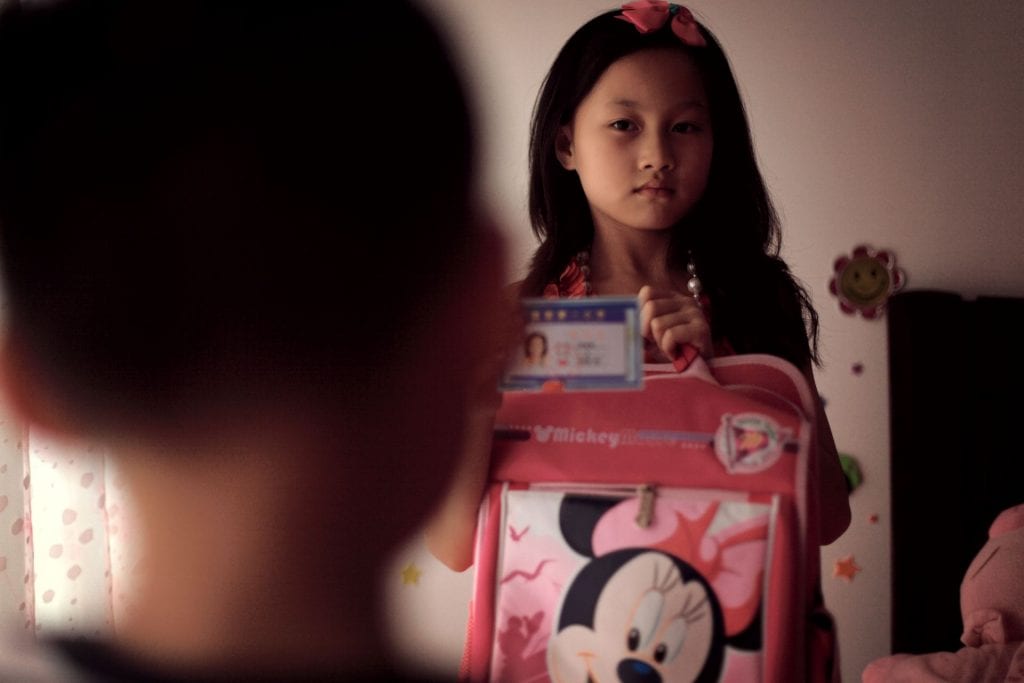 My generation is the product of the One Child Policy, which was relaxed in 2017 – a generation whose parents were out working in most cases, leading to our independence and self-awareness, as well as a certain selfishness – many of us born in this generation didn’t want a sibling because we wanted our parents to love and care for us only.

Like Lily, we need companionship. When the electricity goes out in the house and all is dark, Dodo goes to protect Lily, resulting in her abandoning her defences and accepting him as a family member.

After watching both shorts, I’ve come to understand that children have distinctive but not ignorant views when in comes to family. Despite sections of society ignoring their rights to discourse, children are often as insightful as adults.

Even in a patriarchal society such as China, we should still treasure everyone’s viewpoint. We are not in Orwell’s1984 and ignorance is not strength. Family consists of not only husband and wife, but also our elderly relatives and our children.

Jing Yi is a graduate of the Master of Arts and Cultural Management (Moving Image Specialisation) at the University of Melbourne, an art curator and freelance film critic based in Shanghai, China.

The full collection is available for research.