Five films by Victorian of the Arts students and alumni are screening at this year’s Melbourne International Film Festival. Here’s the roundup.

It’s Australia’s longest-running and most anticipated film festival event of the year, featuring cinematic stories from filmmakers all over the globe, and this year the Melbourne International Film Festival is screening five films from Victorian College of the Arts alumni and students.

The tales they’ll tell are as diverse as the makers themselves – stories of desire and redemption, of loan sharks and gambling debts, of abandoned opal mining towns, tomboys, and boyband fangirls.

WOULD YOU LOOK AT HER
Dir. Goran Stolevski (Master of Film and Television, 2007)

Would You Look at Her, by Australian-Macedonian Goran Stolevski, follows a tomboy growing up in a small town in Macedonia who is having trouble at home and at school. She spots a solution to her problems in a church ritual which for centuries has taken place once a year – the only problem is, the ritual is not open to women.

In an interview for the 2018 Sundance Film Festival, at which Would You Look at Her was awardedthe Short Film Jury Award: International Fiction, Stolevski described the film as “a warm-hearted, feminist assault on the patriarchy”. It’s Stolevski’s 24th short film, most of which focus on strong female characters. “Gender issues tend to animate me, and motivate me to tell a lot of stories. I do feel like misogyny and sexism are kind of at the root of most evil and injustice in the world,” he said.

Stolevski is drawn to the idea of “a queer antihero”, around which the film revolves. “In Macedonia, in fact in most countries in the world, you don’t get to see queer antiheroes or heroes or characters with any kind of dignity in general”, he said.

Stolevski’s work is a staple of film festivals internationally. His graduating VCA short film was preselected for the Cannes Film Festival in 2008, and his short films have since screened at over eighty film festivals, including Raindance, Flickerfest, London Shorts, NewFest (NYC), Melbourne, and Sydney International Film Festivals.

I USED TO BE NORMAL: A BOYBAND FANGIRL STORY
Dir. Jessica Leski (Bachelor of Film and Television, 2006)

The latest documentary from Film and Television graduate Jessica Leski, I Used To Be Normal, is sure to resonate with anyone who’s ever crushed hard on a pop idol. Billed as a coming-of-age documentary, the film features four women across three generations united by their boyband obsession. Featuring lovers of the Beatles, One Direction, Take That, and the Backstreet Boys, it explores the pleasures, the pain, the fun and the feels of being a fangirl.

Leski says she was inspired to make the film after “accidentally” falling in love with One Direction. “My friends and family didn’t get it, so I went online and found others who, like me, were obsessed. It wasn’t long until I found myself falling for the fangirls too. These girls were funny, creative, and they looked out for each other… I wanted to meet these amazing women in real life, and find out their stories.”

Leski interviewed over 90 people for the documentary, travelling across Australia and to the United States to speak with psychologists, parents, educators, and former boyband members, as well as passionate fans aged from their teens up to their mid-60s. I Used To Be Normal premiered earlier this year at the Hot Docs Canadian International Documentary Festival, and has since screened at the Sydney Film Festival. Leski’s first full-length documentary The Ball, about four students with special needs preparing for their school’s debutante ball, was nominated for a 2012 AACTA award for Best Documentary Under One Hour.

Pia Borg’s Silica combines 35mm photography with computer-generated landscape imagery to tell the story of an opal mining town in the desert of South Australia. When a film location scout arrives searching for a suitable site for a film set on another planet, she finds the town in the midst of abandonment. The workers have moved away, leaving behind remnants of their lives there. A fiction-essay hybrid, the film explores ideas of belonging and settlement. 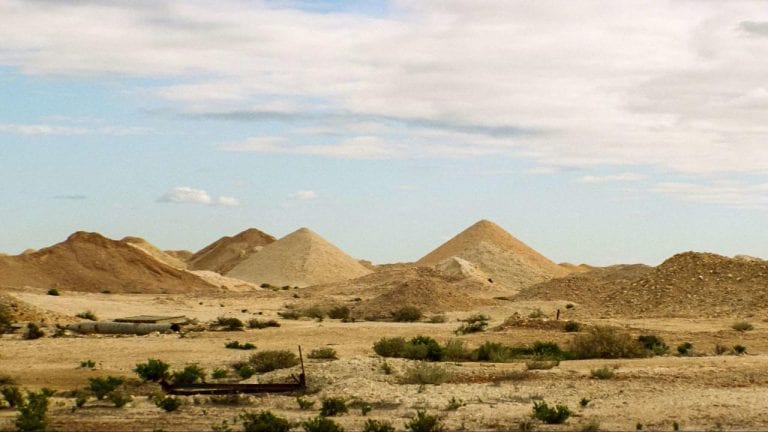 Ben Hackworth’s second feature film – Celeste, a love story – takes north Queensland as its backdrop. Brought to life by a stellar cast including Radha Mitchell (Looking for Grace, Melinda and Melinda), Thomas Cocquerel (Billionaire Boys Club), Nadine Garner (The Book of Revelation), and Odessa Young (The Daughter), it tells the story of an opera singer who retired from her performing life to live with the man she loved on a beautiful but run-down estate nestled in tropical rainforest. A decade after his tragic death, she decides to return to the stage for one last performance.

Hackworth’s graduating VCA film Martin Four was an official selection for the Cannes Film Festival in 2001. Since then, his short films have screened at many prestigious international film festivals, including Edinburgh, Montreal, Sao Paulo, and Palm Springs. His first feature, Corroboree, premiered internationally at the Toronto International Film Festival in 2007 and went on to screen at Berlinale.

West of Sunshine, set in the western suburbs of Melbourne, premiered at last year’s Venice Film Festival to a standing ovation – an experience filmmaker Jason Raftopolous described in an interview as “completely overwhelming”.

Raftopolous’ directorial feature debut, the film unfolds over the course of a single day and follows Jim (Damien Hill), a father and ex-mechanic-turned-courier, as he resorts to desperate measures to pay off a gambling debt to a loan shark – all while looking after his young son.

“I wanted to do a father-and-son relationship in a neo-realist style with a man under pressure and have him face his own demons”, Raftopoulous told the Sydney Morning Herald. “It’s a meditation on fatherhood… that love is action and it’s not something that you necessarily feel.”

The Melbourne International Film Festival runs from 2–19 August 2018 and the University of Melbourne is the official Learning Partner. Visit the MIFF website for more information.