Associate Professor Farren-Price, an Honorary Principle Fellow at the Melbourne Conservatorium of Music, and former University of Melbourne Faculty of Music Dean (1986–1990) and Head of Keyboard, is an enduring figure in the musical landscape.

Dean of the Faculty of Fine Arts and Music Professor Barry Conyngham was among those to sing Farren-Price’s praises: “RFP, as he affectionately known, has achieved a great dual accomplishment,” Conyngham said. “He is literally a legend in musical circles of Australia, with an illustrious career as pianist and, for the last 65 years, as a renowned teacher and long-term member of the Melbourne Conservatorium and the University. In addition, he remains a charming and much-loved vital presence in the Melbourne music scene today.” 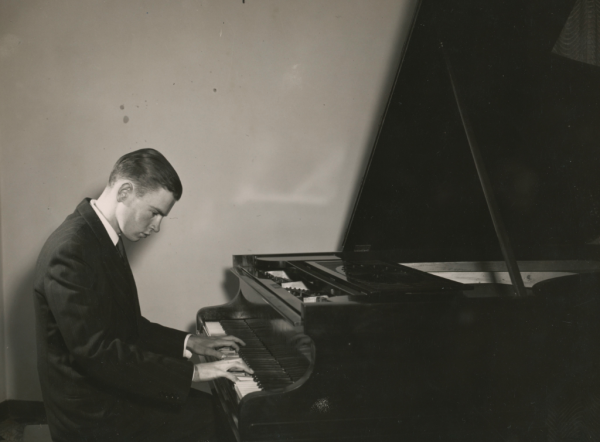 Hosted by Director of the Melbourne Conservatorium Professor Richard Kurth, and featuring tributes by Head of Keyboard Professor Ian Holtham, and Farren-Price’s former student, the pianist and writer Anna Goldsworthy, the celebration is being shared via Zoom, with Farren-Price watching at home.

Professor Kurth said: “Even on meeting Ronald Farren-Price for the first time, as I did barely a year ago, one is immediately aware of his enormous devotion to the Conservatorium, to his colleagues and students, and to the institution and its living history and destiny.

“And one senses how his being is completely infused with the great music he plays and loves, and that he has fully absorbed all its wisdom and generosity. As a great musician and great citizen of the Conservatorium, he personifies the deep and strong roots of our community, and exemplifies in every way the fully-realised musical life to which we all aspire.

“It is a joy to us all to celebrate his birthday, his enormous accomplishments and contributions, and his unstoppable vitality.” 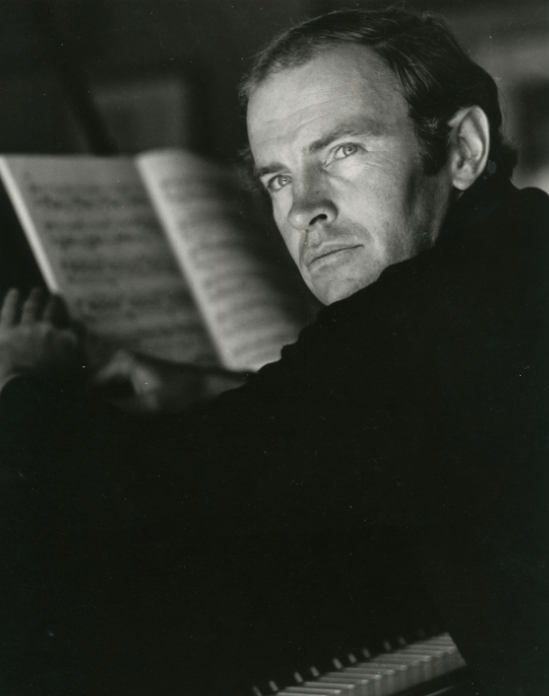 Pianist and writer Anna Goldsworthy described Farren-Price as having an "enormous cultural impact on the life of Melbourne, and by extension Australia. He is universally adored. Not just on account of his considerable charm, but because of the deep seriousness, rigour and idealism he brings to our country's musical life.

"As a pedagogue, Ronald is one of those rare possessors of an improving presence: he creates an atmosphere that invites his students to be their best selves. His teaching embodies the qualities of generosity, humility, and love, alongside great musical and artistic expertise. Ronald has given so much to so many of us, not least through his example, and it is an occasion of great joy to be celebrating his ninetieth birthday."

Farren-Price has enjoyed many accolades throughout his career. In 2018, he was awarded the Sir Bernard Heinze Memorial Award by the Melbourne Conservatorium and a committee that included membership from the Melbourne Symphony Orchestra (MSO). In presenting that award, former Director of the Melbourne Conservatorium Professor Gary McPherson said: “Ronald has been described as a sensitive artist and a virtuoso, which is immediately self-evident on hearing him play, and also as a highly-regarded and tireless mentor for younger pianists.

“To have either of those qualities would be rare – the fact Ronald has them both is quite remarkable.” 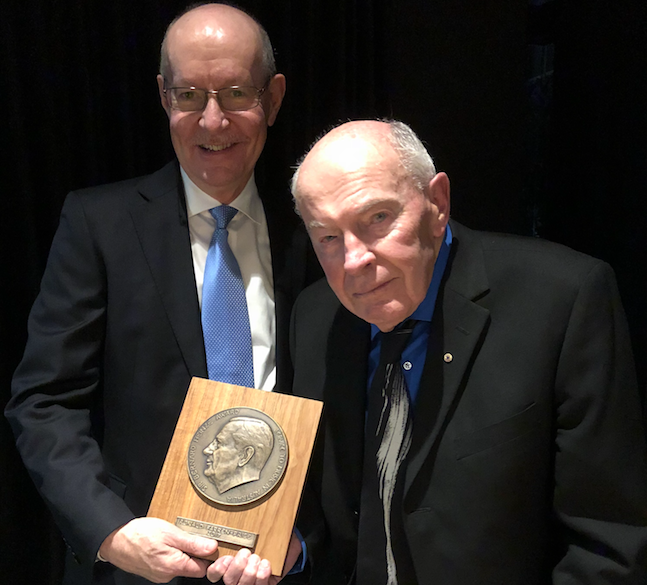 Farren-Price studied piano at the University of Melbourne before continuing his studies first in Germany and then in London with Chilean pianist Claudio Arrau.

He was the first Australian pianist to be invited to play in the former USSR. He has also been active in touring to China, where he has performed, given masterclasses, and where he holds an Honorary Professorship at the Tianjin Conservatory of Music. He has appeared on the international stage as soloist with conductors such as Sir Eugene Goossens, Sir Charles Groves, Hiroyuki Iwaki, and Antal Doráti.

His performance career, both as a recitalist and concert soloist, has taken him to the major concert halls of Europe and the United States, including the Carnegie Recital Hall in New York, the Brahmsaal in Vienna, the Queen Elizabeth Hall in London, and the Tchaikovsky Concert Hall in Moscow. 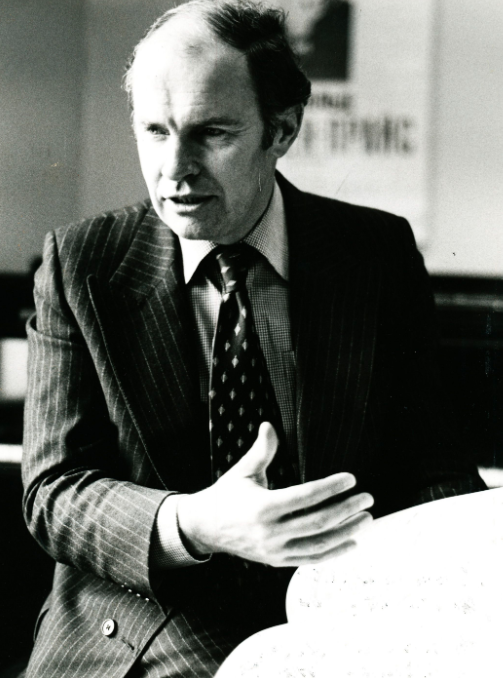 His remarkable service to music was recognised in the Queen’s Birthday Honours List in 1991, when he was awarded the Order of Australia. In the company of the greatest pianists internationally, he is a Steinway artist. In 2002, the University of Melbourne awarded Farren-Price the Dublin Prize and conferred on him an honorary Doctor of Music (DMus) degree.

For more than 50 years, Farren-Price has also maintained a strong connection with the Australian Music Examinations Board, both as a Federal Examiner and as the developer of the AMEB Overseas Program, and in 2005 was awarded an honorary Fellowship in Music Australia (FMusA). 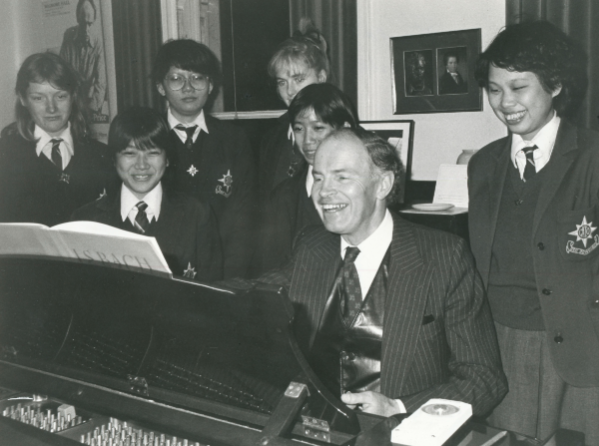 Professor Ian Holtham, a fellow Steinway artist at the Melbourne Conservatorium, said he was delighted to be involved in the birthday celebrations for Farren-Price. “It is a wonderful honour to be able to be involved in so significant a milestone in Australian musical and pianistic history – and in the history of the University of Melbourne,” he said. “Ronald Farren-Price AM was appointed to the University staff in the year of my birth, 1955 and that year marked the beginning of an unbroken 65 years of peerless service.

“A concert pianist of international and enduring eminence, teacher of boundless energy and magnetism, and senior institutional leader of indestructible significance, his contribution has been without equal and his enduring importance to Australian musical history is undimmed. His kindness, unflagging and warm urbanity and his outstanding pianistic artistry make him, in every sense, a living musical legend and national treasure.

“On behalf of everyone in the Melbourne Piano Community – which he did so much to create and which values him so very much – I wish Ronald the happiest of birthdays and we take great joy in being able to celebrate this extraordinary milestone with him and his beloved Margaret. Our very warmest congratulations and our most heartfelt thanks.”