The University of Melbourne Symphony Orchestra will be returning soon to the Hamer Hall stage with Mahler’s mighty Second Symphony (The Resurrection), led by their Chief Conductor, Associate Professor Richard Davis.

The University of Melbourne Symphony Orchestra features the very best classical music students and is the premier orchestra at the University. The Orchestra will present Mahler 2, regarded as one of Gustav Mahler’s most spectacular symphonies, for one night only on Sunday, 25th September at 5pm

Richard Davis, who will soon begin rehearsals with the students, described Mahler 2 as “one of the most powerful musical experiences one can encounter.” We spoke with Davis about the challenging score and his plans for conducting the work. 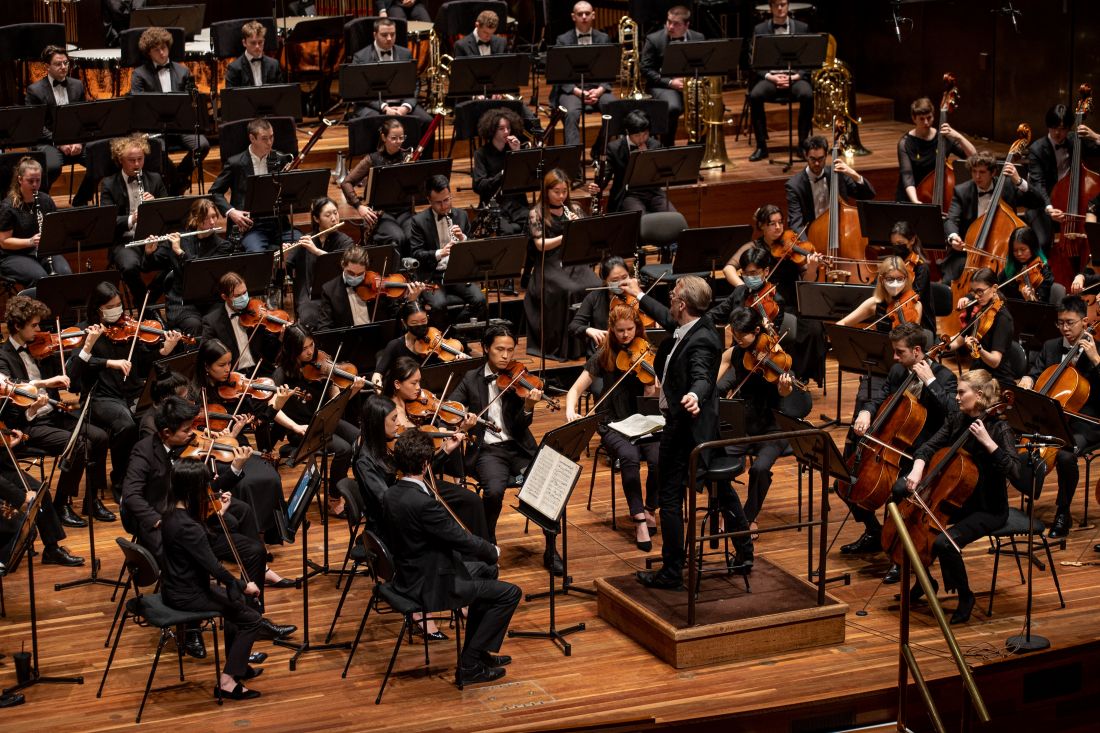 For your fifth anniversary with the University of Melbourne Symphony Orchestra, you chose to program Mahler 2. What’s so special about it?

I originally proposed this idea when I first arrived in Australia. I wanted the students to experience Mahler 2 within the first 5 years of me conducting the Orchestra.

As a player, in the BBC Philharmonic, I played Mahler 2 with conductors such as Gennady Rozhdestvensky, Vassily Sinaisky and Valery Gergiev – they were highlights of my career and ones that I have never forgotten. I’m really excited to be able to share this powerfully rich and meaningful music with our students and audiences.

The work takes an hour and a half to perform and requires immense forces - ten horns and ten trumpets for example, and a full choir and soloists too. We’ve recruited the MSO Chorus and our own Melbourne Conservatorium of Music (MCM) Chamber Choir to join us for the concert. Also joining the students will be some amazing professional players from the Melbourne Symphony Orchestra, Orchestra Victoria, and our own Conservatorium staff. Offering our students the opportunity to rehearse and perform a landmark work like this alongside established musicians is second to none. It will be invaluable for their development. 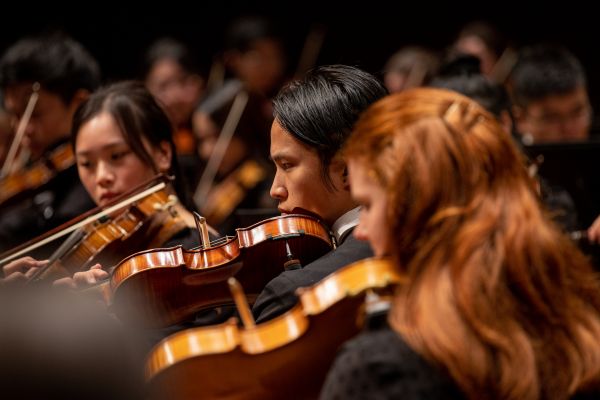 For someone who’s never heard this symphony before, what are the special moments to listen out for?

When Mahler was asked to explain what his Resurrection Symphony was about, he said that music with a program was shallow; an artistic aberration. Mahler wanted the listener to imagine and create their own narrative. However, he then went on to write three program notes for the work - each more detailed than the last!

The first movement (Todtenfeier) is a Celebration of the Dead and represents standing by the coffin of a well-loved person and the toils of this world; grappling with life and the fate to which we all succumb – death.

The second, a tranquil movement, represents a memory – a ray of sunshine, pure and cloudless. Audiences should watch for the violins and violas who are asked at one point to strum their instruments like a guitar - using their thumbs to strum, rather than their fingers, creating a completely different sound.

The third movement reflects what Mahler describes as a distorted and crazy world [as if looking] through a concave mirror.

The finale portrays Judgement Day as the “graves spring open and all creation comes writhing out of the bowels of the earth”. The Trumpets of the Apocalypse play a fanfare (off stage) whilst the Nightingales of Death (flute and piccolo) accompany them, mournfully, onstage.

The choir emerges at this point, almost inaudibly. At first, they sing sitting down so as not to distract the audience. Mahler wrote on this section in his 1901 Dresden program note that “a wonderful gentle light permeates, but behold, there is no Judgement – everyone is equal.” There then follows some of the most passionate and rousing music that I’ve ever experienced. 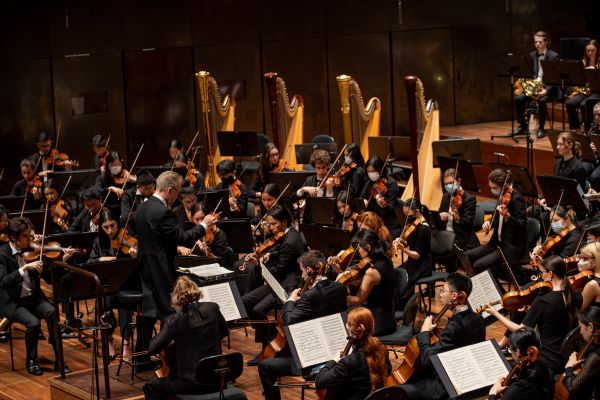 How have the students responded to being tasked with this mammoth work? What can you tell us about the rehearsal process?

There seems to be great excitement amongst the students. Musicians, in my experience, adore playing Mahler, even the professional musicians I have invited have jumped at the chance to join us. This is a ‘bucket list’ piece.

We haven’t started rehearsing the piece yet. In the Orchestra Program at the Conservatorium, all our projects are intensive. I find it much more productive and realistic to work in the same way that professional musicians do. So, we’ll start rehearsing just two weeks before the performance. But my research, studying and planning for this project, has been going on for well over a year. 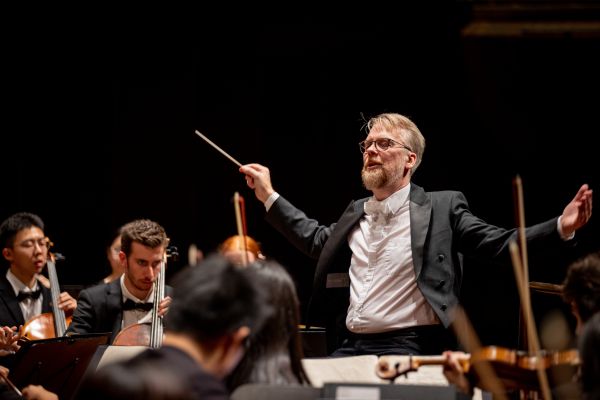 As a conductor, how do you prepare to conduct a work like this?

Personally, I always try to work with the most detailed and well researched scores, but this is not always possible. The Resurrection Symphony was corrected by Mahler over the 13 times that he conducted it in his lifetime, but publishers didn’t always adopt these changes. Reprinting was expensive, so orchestras have played with incorrect phrasings, notes, speeds and so on in their parts for many years.

When a publisher finally decided to update the symphony and make a New Critical Edition (in 1972) they tried to find the two personally annotated scores of Mahler, but they had been lost and so were not used.

They were later found, and finally in 2010, Mahler’s wishes were put into print. This performance will be the 2nd ever showing in Australia of this Universal Kaplan Edition, which we imported especially for our performance. 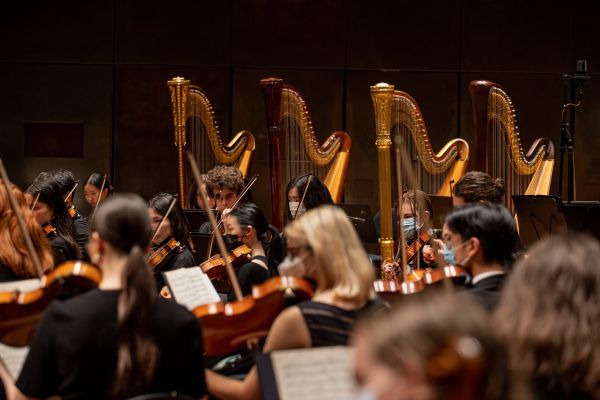 Finally, what have been your highlights from the past 5 years?

Every single concert has been a thrill for me. The students always rise to the occasion; they are so talented, and I feel grateful and privileged to work with them.

I suppose, if I had to pick one event as a highlight, it would be our international tour to Shanghai and Singapore in 2018. Touring is a very special experience for a performing musician – with the fatigue, the different time-zones, and numerous hotels, the concert platform becomes the norm. It is the one constant. All these things, coupled with repeating programs, means that each musician becomes relaxed and comfortable on stage – nerves dissipate and one’s standard can excel. Very special performances occur on tour.

Over the past six years, the University’s Symphony Orchestra has performed more than 20 sold-out concerts, including ten world premieres, and has grown to become one of Melbourne’s leading cultural and classical music fixtures.