Comedian Louisa Wall: ‘You don’t need people to want you’

Billed as a perennial millennial who does cabaret like you’ve never seen it before, Louisa Wall’s DIY approach to theatre and comedy is paying off, with a second solo show at the 2018 Melbourne International Comedy Festival.

I spot Louisa Wall walking down Melbourne’s Southbank Boulevard, hands in the pockets of her bomber jacket, red Rapunzel hair. She comes into Script, the café in which we’ve agreed to meet and where she works part-time as a barista.

The theatre-maker and musical comedian will be presenting her second solo show, It’s Not Me, It’s Lou, from 28 March at the Malthouse Theatre as part of the 2018 Melbourne International Comedy Festival. The flyer points out the show will feature “eight original songs based on eight real-life Facebook statuses”, and describes Wall as a “perennial millennial [who] does cabaret like you’ve never seen it before”.

“It’s a millennial’s view of the world,” says Wall, sitting down. “It explores everything from stupid things like falling in love with your iPhone to what happens to those plastic soy-sauce fish you get with sushi when they run out of sauce.”

Wall developed It’s Not Me, It’s Lou at the Melbourne Cabaret Festival on an emerging cabaret artist scholarship, before performing it at last year’s Melbourne Fringe Festival. The Malthouse run will be the show’s third season.

“There’s also a song about how tacos are just burritos without roofs,” she says, pushing her hair off her face. “And one about having ginger hair.”

It’s comedy, of course, but, as Wall points out, the show also deals with political and social issues. “The idea when I was writing the show was that I could make changes based on what was going on in the world at the time,” she says. “The last season coincided with the same-sex marriage postal vote, so there was a lot of content on LGBTQI rights. This season the focus is a little different – there’s still some of that stuff, but there’s a lot of new content.” 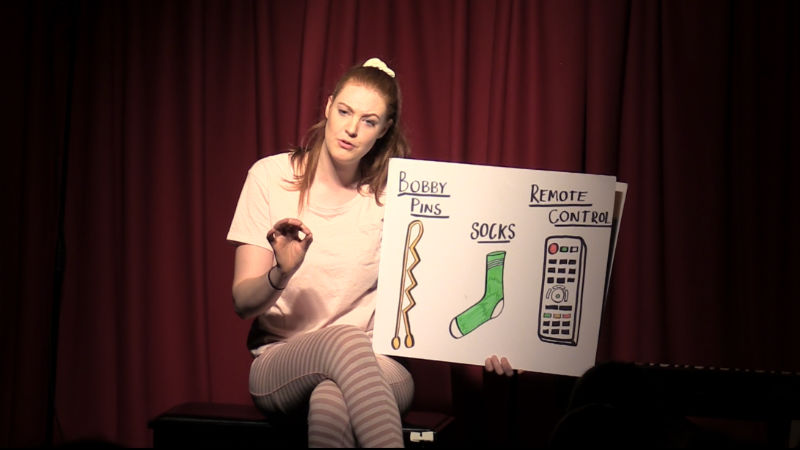 I first met Wall in 2016 when she was a third-year Theatre student at the Victorian College of the Arts developing her first one-woman show, A Dingo Ate My Baby, for the VCA’s 2016 FRISK festivalprogram. Described as “a journey through both the sublime and the mundane,” the show was subsequently picked up by the Malthouse for last year’s Comedy Festival.

As an actor performing in Melbourne’s independent theatre scene, she’s appeared in everything from versions of Greek tragedy reimagined with beach balls to Shakespeare-inspired queer musical comedy rom-coms (Romeo Is Not The Only Fruit is also part of this year’s Comedy Festival). 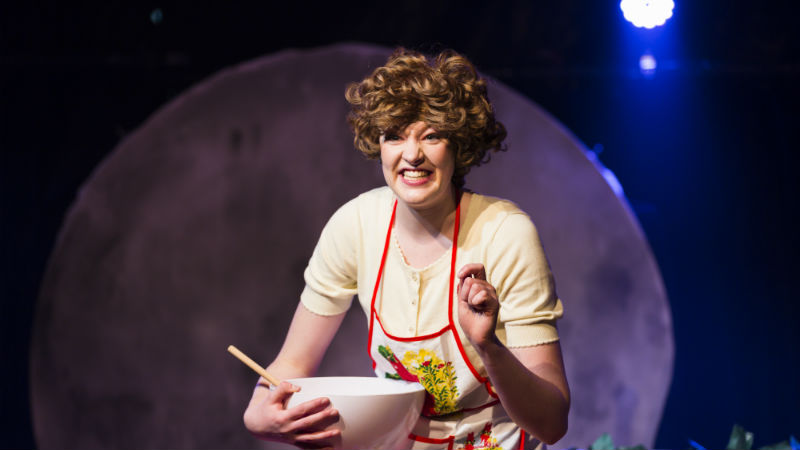 Perhaps surprisingly, Wall’s love of acting and comedy didn’t start in early childhood with school plays. As the daughter of two musicians (one professional) she’d always been around the creative arts, but – at six foot four – a career in basketball seemed to beckon. All this changed when she saw rural-born, goat-shearing Emo Parsonson doing stand-up comedy in her native Cooma.

“I was in Year 12 at the time,” she remembers. “He did a show and then ran a workshop which I really loved, and I thought, ‘I think I can do this’. And then I just started doing comedy and then applied for acting courses and was lucky enough to get into VCA”.

Despite Wall’s ostensible successes – theatre performances, festival seasons, award nominations, favourable reviews – I get the sense it hasn’t all been smooth sailing. Is there anything she wishes she’d known before entering the theatre industry?

“Oh, so many things,” she says. “My big revelation at the moment is that you don’t need people to want you. The industry’s quite wrapped up in you being a commercial success or getting an agent, but it’s really validating to just make good art, to make that your focus. If that’s what you want, you don’t necessarily need anyone else, and you don’t need a huge budget – you can just make it yourself.” 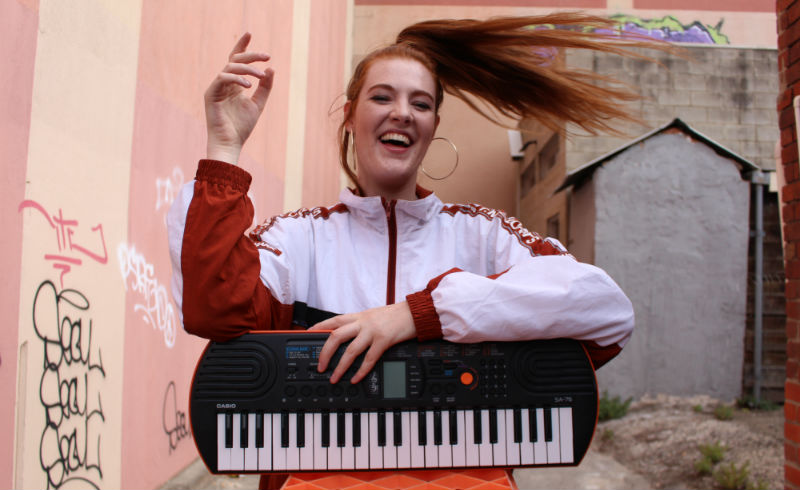 The DIY approach serves Wall well. After the Malthouse run, and a well-earned break, she’ll return to working on another new show, Lou Wall’s Drag Race.

“It’s a play on RuPaul’s Drag Race, but with female-identifying people and transgender women. Recently RuPaul’s kind of come out to say that there are gender regulations when competing in or performing drag, so I really want to explore the art form of drag, its history in lampooning feminine gesture, and what it means to play hyper-femme as a woman.”

I wonder if she has a sense of where, in time, her career might take her?

“It’s cliché, but I’d love to end up in New York or London,” she says. “I did a bit of stand-up in New York a year and a half ago and actually found it really challenging because they don’t really respond to satire or irony in the same way that Australians do. I’m heading to London at the end of the year and hope to do quite a bit of stand-up there. Basically, if you can test your material with rigour in another country where you don’t have an audience that knows you or your cultural context, and the material works, you know it’s strong stuff.”

That said, she’s in no rush to up sticks permanently any time soon. “Really, I just want to make art I am passionate about and see where that takes me,” she says. “I’d love to work really hard at getting into the comedy scene in Australia because I think we need more female voices.

“My biggest dream would be to one day score a musical – although I’d definitely need to do some training and work on my compositional skills first.”