The University of Melbourne’s Faculty of Fine Arts and Music today celebrated the completion of The Stables – a world-class visual arts and performance space in the heart of the city’s Arts Precinct.

The former Victoria Police Mounted Branch stables have been transformed into world-class teaching and learning facilities for students of the University of Melbourne’s Faculty of Fine Arts and Music following a multimillion dollar makeover.

The Stables feature a new visual arts wing with 170 studios and flexible exhibition spaces and the former riding school has been converted into a 260-seat multipurpose arts wing for theatre, dance, music theatre and music performances.

The stables were purpose-built in 1912 as part of the old Police Depot, which included a hospital, barracks and drill hall.

The $18 million refurbishment of The Stables was made possible through the significant support of The University of Melbourne and generous philanthropists including The Ian Potter Foundation, The Myer Foundation and Martyn & Louise Myer.

University of Melbourne Vice Chancellor Glyn Davis said the heritage features of the former police stables had been maintained through the preservation of its bluestone mounting yards, red brick façade and iconic octagonal roof and skylight, formerly referred to by Mounted Branch staff as “The Dome”. 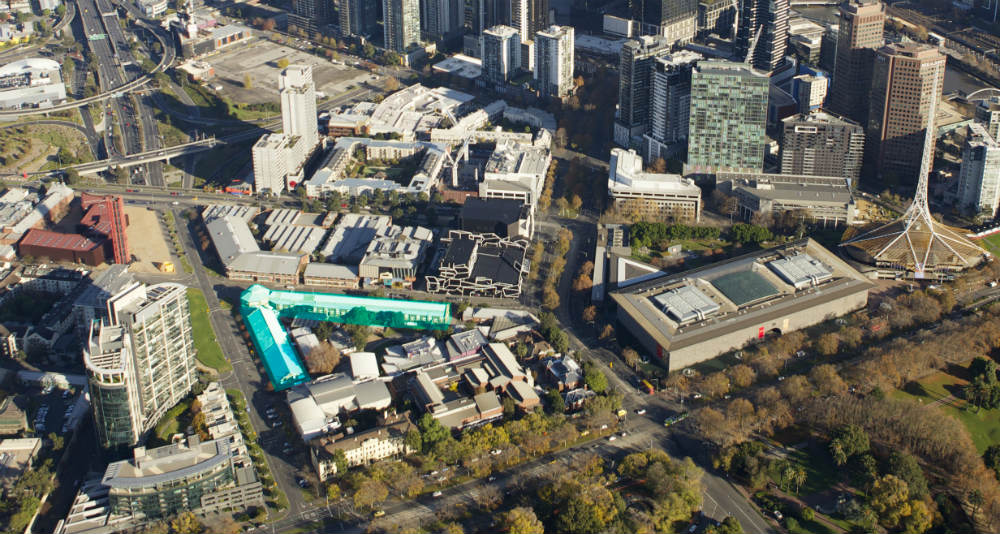 “We are responding to a 66% increase in our student numbers since 2010. One way we’re doing that is through renovating and changing existing buildings – most spectacularly, the conversion of the old Police Stables into a fantastic new facility for visual arts and performing arts designed by Kerstin Thompson Architects,” Professor Conyngham said.

The University’s acquisition of The Stables site was made possible through the significant support of the Victorian Government.

Creative Industries Minister Martin Foley, who will officially open The Stables on Monday 14 May, said the repurposing and redevelopment of The Stables is part of a long-term plan to transform Southbank into one of the world’s leading arts precincts.

“This project has breathed new life into The Stables and created another landmark for the Melbourne Arts Precinct, which is home to one of the highest concentrations of arts and cultural organisations in the world,” Mr Foley said.

“Our Government is investing in the future of the precinct as a hub and a home for creativity – a place where our best and brightest students and independent artists, our most innovative small to medium arts companies, and our iconic cultural institutions all play a role in shaping a destination like no other,” he said.

Other key projects in the Southbank campus redevelopment include the recently-opened Buxton Contemporary, and a new state-of-the-art nine-storey building for the Melbourne Conservatorium of Music – The Ian Potter Southbank Centre – which opens in 2019.