Meet Chris Mead, Head of Theatre at the University of Melbourne

Associate Professor Chris Mead joins the Victorian College of the Arts as Head of Theatre following roles at the Melbourne Theatre Company, PlayWriting Australia and Sydney Theatre Company. Here, he discusses his new role, what makes a great actor and his guiding philosophy.

Hi Chris. Most recently, you were Literary Director at the Melbourne Theatre Company (MTC) – can you tell us a little about that?
It’s been an extraordinary experience to work with well over 200 people, all passionate, skilled and literally immersed in the making of theatre. There’s also nothing like having the momentum of two shows on stage and two shows in rehearsal, all year, and changing every six weeks, while also thinking about the dynamic composition of a season, and the 20 or so plays one has in development.

Can you tell us a bit about your new role at the Victorian College of the Arts?Having worked professionally in theatre for 20 years, I have an embodied and lived understanding of our rehearsal rooms, stages and current conditions of production. I am not however suggesting the VCA should just be a manufactory for the industry as it stands. The VCA, unlike all other Aussie acting schools, is turbo-charged by being a part of an elite university and its as-yet-untapped connection with the MTC. It also has the potential to step up and lead the industry with new standards of conduct, thinking and achievement.

What do you consider your most valuable skill?Curiosity. If not exactly a skill, it’s a useful inclination.

What, for you, makes a great actor? Great actors possess an exquisite balance of fearlessness and ferocity, delight and dexterity, buoyancy and gravitas. Training, it seems to me, is crucial for keeping the spark, for robust good health, for certain elements of technique and for match-fitness and resilience. 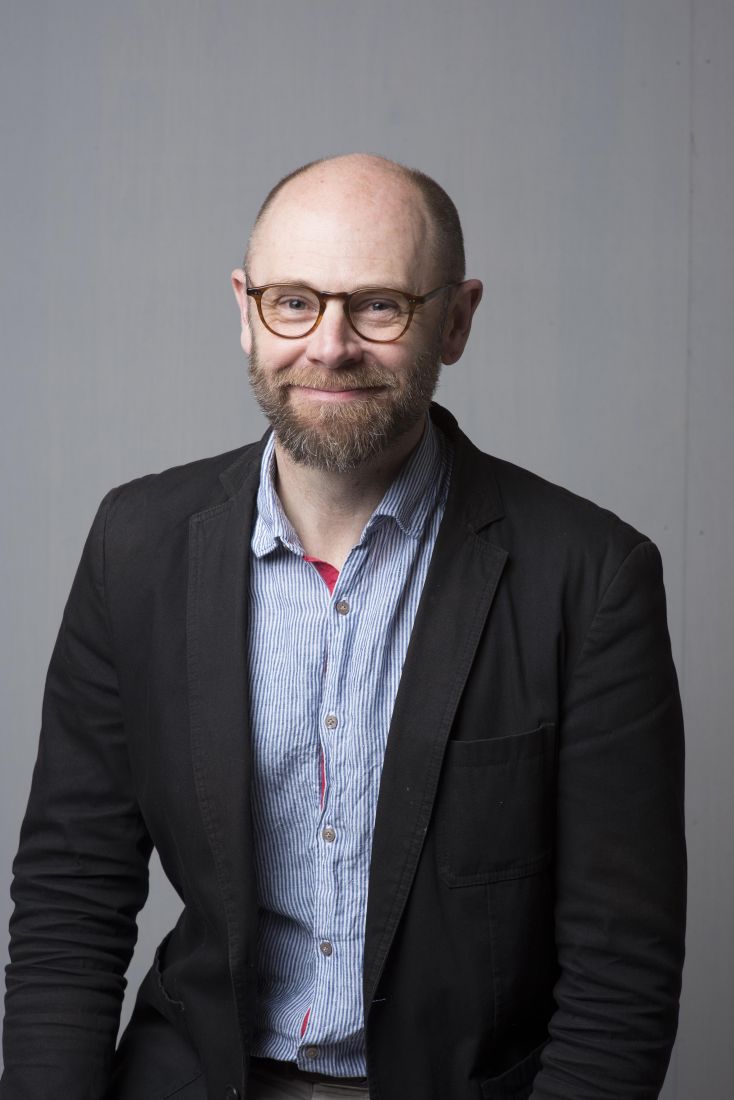 What’s to be gained from a life in theatre?It is perhaps the most complete way to be in the world. In theatre we are spoilt with the best of design, mechanics, light, sound, music, hermeneutics, physicality and humanity!

Complete this sentence: If I wasn’t working in theatre, I’d be …A pilot! Though I did try out for the Air Force at 17 and was told I wouldn’t handle the discipline, would get bored and had a romantic view of flying. Still, I dream …

Is there a piece of advice or philosophy that has held you in good stead throughout your life/ career?Augustine of Hippo —a fourth century North African scholar—once wrote: “Si Fallor, Sum” – “If I err, I am”. That seems about right. I also love Suzan-Lori Park’s invocation to theatre people from her Elements of Style: “Think with your whole bod”.

What do you consider your greatest achievement to date?I have been lucky enough to have been in a position to think internationally, plan nationally, and work locally—that is, at both Playwriting Australia and MTC we rewarded ambition and talent with resources and infrastructure, creating genuinely new opportunities for new stories and brilliant new artists. With the MTC Next Stage Writers Program in particular we raised $2.3 million to develop new plays; including plays by Declan Furber Gillick, Merlynn Tong and Patricia Cornelius, and so many more. It’s a powerful and meaningful legacy, a vision of the problems and possibilities of our time, and a persuasive first step into the future.