Almost 30 short films by some of Australia’s most exciting emerging filmmakers – the 2021 graduating class of the Victorian College of the Arts (VCA) Film and Television – will be available for free on MIFF Play, the digital streaming platform of the Melbourne International Film Festival, from February 21 – March 6.

The special out-of-season presentation is a showcase in diversity, with remarkable stories including love triangles, pacts with the devil, zombie comedies, existential sci-fi dramas, hilarious animated hijinks and engaging documentaries.

“Year on year, some of the most exciting voices in Australian film emerge from VCA” said MIFF Program Manager Mia Falstein-Rush. “Presenting this graduate season on MIFF Play is a rare and thrilling opportunity for these unique expressions of cinema to be experienced by audiences Australia-wide.”

Each film was created in an ever-changing COVID context, with many logistical aspects of film creation impacted, from the feasibility of shoot locations and their associated density limits, to restrictions on the number of cast allowed and the availability of film equipment. VCA countered these issues with two purpose-built sets to allow filmmakers to continue to work on their films while adhering to government restrictions.

Writer/director Bernard Winter utilised one of these sets to create his science fiction short film Incarnation, which asks the question: can a clone learn to be human? “I was initially drawn to this film by questions of medical ethics, and what our attitudes to medical ethics suggests about how we view life and existence,” he said. 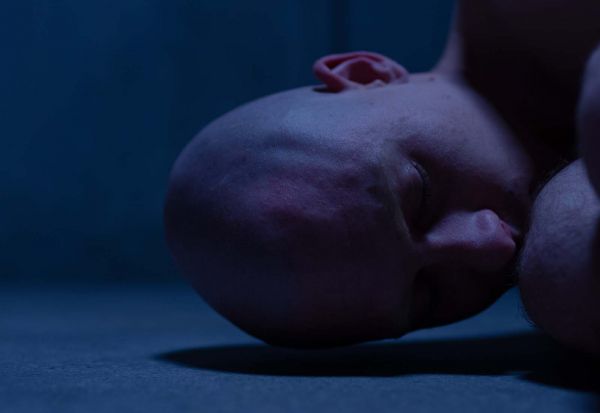 Remarking on the depths of creativity required to produce films under these circumstances, Andrew O’Keefe, Head of VCA Film and Television said: “Never before has a VCA Film and Television graduating cohort faced such challenging circumstances as this remarkable group of filmmakers were forced to navigate. The creative process for a filmmaker, at the best of times, is fraught with difficulty and disruption, but in 2021 distractions were unprecedented. To make a collaborative artwork during the peak of a pandemic, these students have had to show resilience, passion and leadership far beyond what many of them thought possible.”

After two years of uncertainty and the sense of disconnect many have felt through months of lockdowns and separation from friends and family, telling stories of connection has never been more important. Filmmaker Sarah Marcuson describes her documentary The Time It Takes, which follows a group of young Australians with stutters as they prepare for a performance, as “the most challenging piece I have done to date”. Nonetheless, she went on to say: “The thing that really connected me to this story, was the atmosphere of community, connection, and most of all – the attitude of non-victimisation”. The film is a reminder to all of us to listen – not just to hear.